Sea change: As desalination technology advances, oceans may hold the answer to the world’s water crisis

Global water usage is growing twice as fast as the population. Could we turn salt water potable on a mass level? 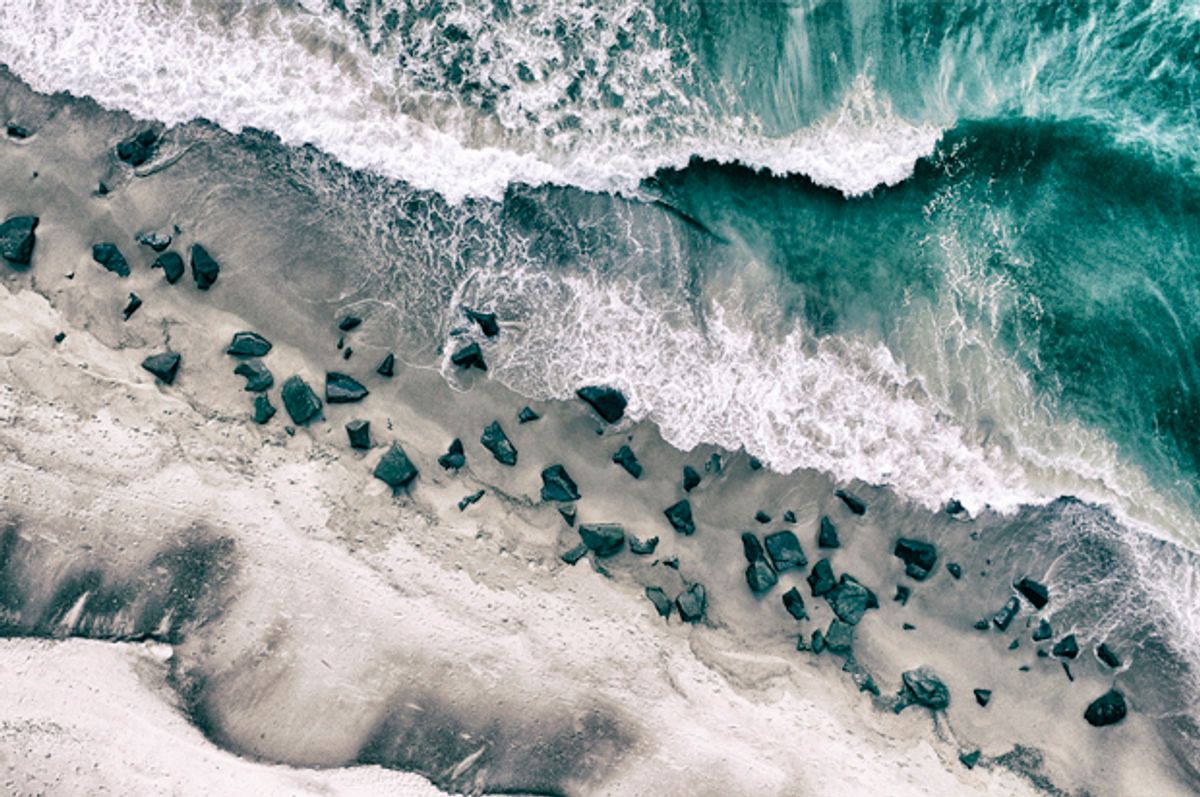 Water, water everywhere and not a drop to drink. That’s (almost) the reality of a planet whose H2O — or at least 97 percent of it — is nonpotable ocean. Much of the remainder is trapped in glaciers, ice caps and soil. In other words, accessible freshwater is scarce — and getting scarcer. But some scientists say this may be changing. As desalination technology advances, the sea may hold the answer to the world’s water crisis. But at what cost?

The desal concept isn’t new — even the ancient Romans used clay filters to separate salt from water in order to make it potable. But there’s never been more incentive for large-scale implementation. Nearly three billion people currently live without access to clean, reliable drinking water. And with the population expected to hit nearly 10 billion by 2050, the problem is set to get worse. According to the United Nations, our water usage is increasing twice as fast as population growth. In America, the average family of four blows through 400 gallons per day. Exacerbated by man-made climate change, water scarcity — the “petroleum of the next decade,” according to Goldman Sachs — will increasingly be a force of international conflict in years to come.

For these reasons, countries around the world are turning to desalination, which usually involves reversing the process of osmosis. Typically, water flows naturally through a semipermeable membrane from an area of low salt concentration to an area of high salt concentration. But, in order for desalination to work, water is pumped in the opposite direction through a very fine (less than a hundredth the diameter of a human hair) synthetic filter. Because brine is left behind, the water becomes usable for irrigation, industrial processes and, yes, drinking.

Worldwide, there are more than 18,000 desalination plants in operation, the largest being in the United Arab Emirates, Saudi Arabia and Israel. In 2008, the latter nation faced catastrophe after a devastating, ten-year drought. But, because of desal technology, one of the driest countries on earth now has a surplus of freshwater. In the U.S., the fourth largest market for desalination, the industry is growing. The Western Hemisphere’s biggest plant, able to purify 50 million gallons per day, was brought online in San Diego in 2015. The facility, called Carlsbad, produces seven percent of the county’s water.

And yet, more than half the country is still suffering drought, and California is still on track to run out of water. So why aren’t we implementing desalination technology more quickly? For critics, the answer is two-fold.

First, there is price. A larger facility can cost billions. And on average, 1,000 gallons from one of these plants will run the consumer between $2.50 and $5, whereas the same amount of conventional tap water costs approximately $2. In San Diego County, this translates to between $5 and $7 more a month on the average household bill.

“What you often find is that, as costs go up, people tend to use less water,” Heather Cooley, Water Program Director at the Pacific Institute, a global water think tank, told Salon. “And if a plant is not operating at full capacity, then the cost per gallon goes up, which further reduces demand. This can create a downward spiral.”

But the more troubling costs are environmental. When seawater is sucked via pipe into one of these facilities for treatment, larger marine life are smashed against water intake screens. And the creatures that are vacuumed through -- plankton, fish larvae and others -- are killed once inside. Since these organisms are an important part of the food chain, this is already thought to be having a negative effect on ocean biodiversity. For this reason, engineers are increasingly utilizing subsurface intakes which are placed underground, where sand can act as a natural filter for marine life. A $277 plant in Monterey has dedicated $51 million of its budget to this type of infrastructure.

Additionally, there’s the problem of leftover brine. Bill Maher recently joked that we should save this supply for seasoning “fucking almonds,” but in reality it’s often dumped back into the ocean, and at a salinity level twice that of normal seawater. Because salinity necessarily impacts ocean circulation and evaporation, this may end up worsening the droughts we’re seeking to counteract.

Finally, desalination plants require an enormous amount of energy, which means their carbon footprint is more formidable than any other water supply and treatment option. While Bill Nye the Science Guy says solar-powered desalination plants could be “key to the future,” and while the world’s first large-scale iteration of such a project is slated for completion this year in Saudi Arabia, the majority of desal plants are powered by fossil fuel. Here again, this means these facilities could end up making worse the very climate change-related problems they’re meant to assuage. To avoid these greenhouse gas emissions, the World Nuclear Association advocates running desal plants with nuclear power.

Eventually, new types of membranes could allow for smaller plants that require less energy. Some engineers even envision small mobile units for use in rural areas far from water. And researchers from Cairo’s University of Alexandria are working on a not-yet-commercially-viable method of desalination that doesn’t require energy at all, but relies, rather, on vaporization. Other potentially more efficient methods involve nanotechnology, bioreactors and forward osmosis (which mimics the water transport of plants).

“A lot of it is in the R&D phase,” Cooley told Salon. “It’s hard to say what’s going to happen in 20 or 30 years, but there’s certainly a lot of interest in finding ways to reduce the cost and environmental impact.”

Not everyone’s convinced these advancements will pan out. “This is going to be the pig that will try for years to find the right shade of lipstick,” said Marco Gonzalez, an Encinitas attorney who sued on behalf of environmental groups during the construction of the Carlsbad plant, to the San Jose Mercury News.

There are alternative solutions to desalination, including the purification of sewage water, which California is embracing in a big way. And the fix for our water crisis will likely involve employing many of these strategies. In the meantime, the best thing we can do, experts say, is to be more mindful of the water we’re wasting in our homes.