WATCH: Moore blasts Donald Trump moments after his inauguration — “my friends, this is a s**t show" 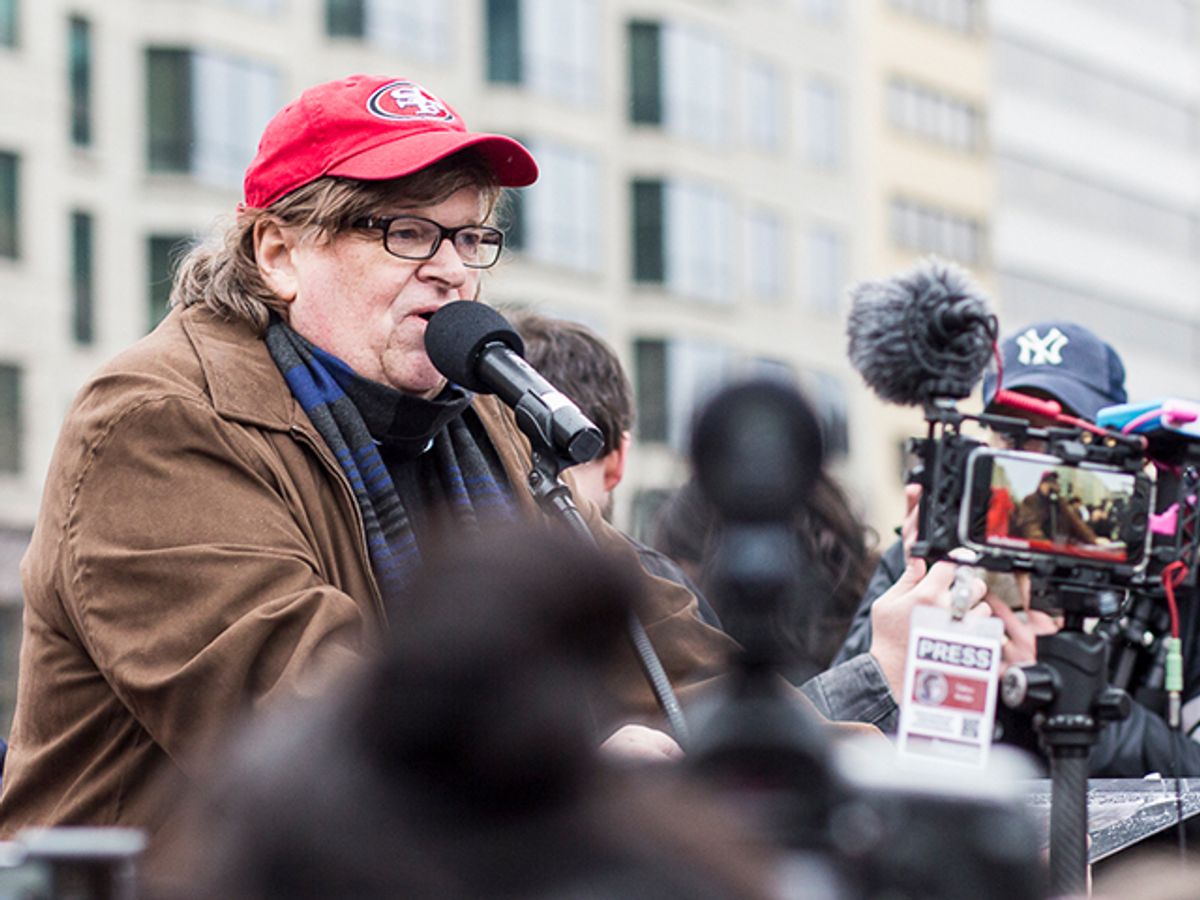 By the middle of the week, you won't know what has freaking hit you. Your head will be spinning. Do not despair. Do not give up. We need millions of people on the streets. This is the most historic protest at an inauguration ever in the history of this country, and you are all part of it.

My friends, this is a shit show. Will you be willing to say to the rest of America and the world who are watching? On the count of three I you want to shout out: "Welcome to the shit show." Are you ready? All right. 1, 2, 3…

"Welcome to the shit show!"

It's not one day. It's not one demonstration. It's not one letter to your member of Congress or one phone call. It's not you sitting around in justifiable outrage saying "That Electoral College, we gotta get rid of that." This has to stop. This sort of mealy mouthed kind of wimpy behavior on our part... I'm serious. I'm serious.

Because the other side, they are relentless. They have the courage of their convictions. They will not stop. They demand that they win even when they lose. They lie. They hate. They play on people's fears. They support a system of enforced ignorance, which we called the mainstream media. And let's admit it: they succeed.

Donald J Trump outsmarted the Democratic Party. Let's – as the first step of our 12 step program – let's admit they outsmarted the Democrats. So I can't do anything about Trump and his tactics, but we can do something about the so-called people that say they support us: the old guard of the Democratic Party has to go. They have got to go. They're in the way. They are a hindrance to our success. They will lead us down the path. They are supported by Wall Street. They are supported by corporate America. We need new leadership, new blood, young people!