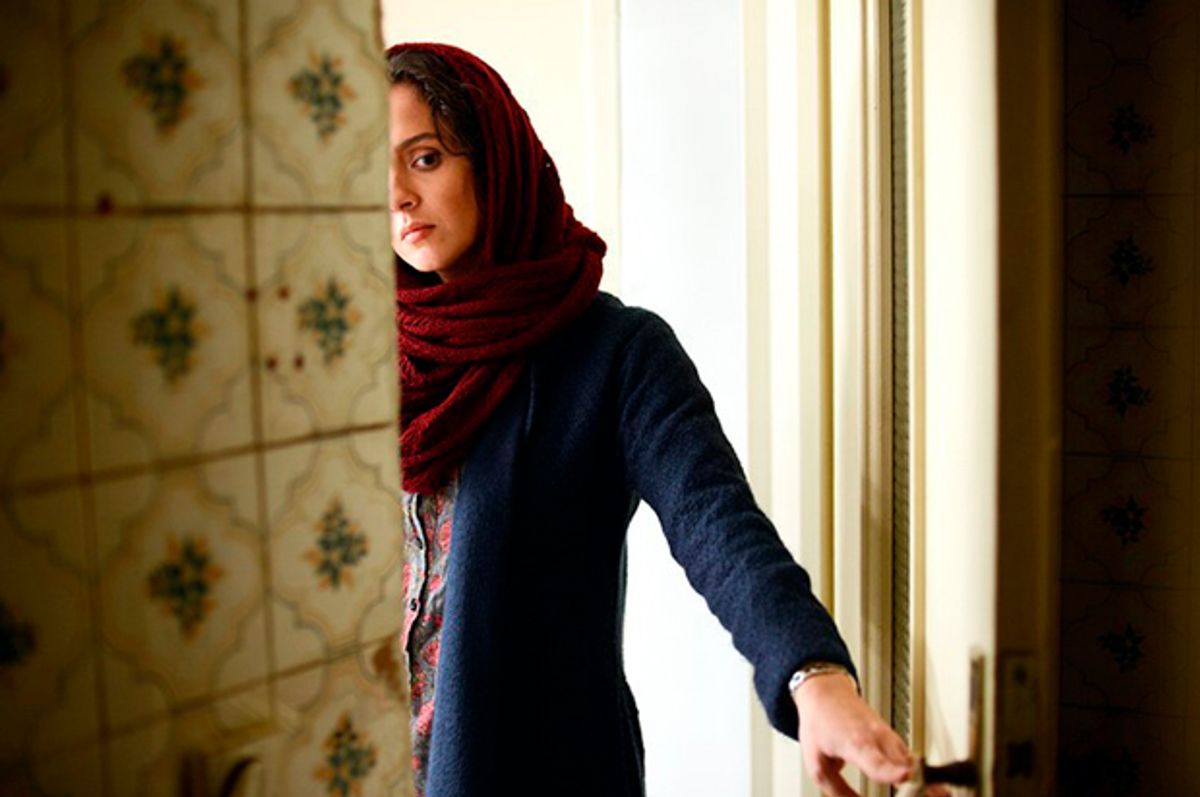 Oscar-nominated Iranian filmmaker Asghar Farhadi has created a niche for himself in contemporary world cinema, by crafting spellbinding dramas about the simmering tensions between married couples. His films often pivot on small, seemingly random events, which trigger great consequences for the characters. The writer-director’s latest work, the outstanding drama “The Salesman,” which has been shortlisted for this year’s Best Foreign-Language Film Oscar, continues this tradition.

In Fahadi’s best and most famous film, “A Separation” — the first Iranian feature to ever win an Oscar — a confrontation in a stairwell is perhaps as devastating as the central couple’s impending separation. The acclaimed writer/director’s other films, “The Past,” about a couple divorcing, and “Fireworks Wednesday,” a taut chamber piece about a wife suspecting her husband of infidelity, were equally riveting.

“The Salesman” harkens back to Farhadi’s excellent 2009 feature, “About Elly,” not only because it stars the same actors, Taraneh Alidoosti and Shahab Hosseini, but because it parallels the earlier film thematically as well. Both dramas explore themes of guilt, honor and morality as the main characters grapple with situational ethics.

The opening credit sequence in “The Salesman” features shots of a stage where a production of Arthur Miller’s classic play, “Death of a Salesman,” is being mounted. (Farhadi is paying tribute to his own work in and memories of the theatre.) Emad (Shahab Hosseini) is the production’s Willy Loman; his wife Rana (Taraneh Alidoosti) is playing Willy’s long-suffering wife, Linda. Life does not quite imitate art. What transpires between Emad and Rana does not involve his affair or his death, as in Miller’s play, but issues of character and freedom. These ideas echo throughout “The Salesman.”

Farhadi connects the stories of the play and the film emotionally. As such, Emad and Rana’s performances on stage reflect their characters’ off-stage mindset at a particular time. When Emad improvises some hostile lines in a scene with Babek (Babek Karimi) during a production, he is channeling his anger at his friend and co-star. The conceit is more effective than heavy-handed because viewers understand what drives the character’s behavior — even if the characters being addressed in the particular scene are unaware. This strategy is used to a wrenching degree in the film’s climactic scenes, where various characters try to protect themselves from having their family members discover some painful truths. (Not unlike Willy Loman.)

The film’s story begins with Emad and Rana having to evacuate their apartment building when the foundation starts collapsing. Cynics can read this as a clunky metaphor, but given that this event happens as the characters are being introduced, that is an unfair pre-judgment. In fact, viewers get a glimpse at what a good character Emad is because he stops to help rescue a neighbor’s son.

Babek offers the unexpectedly homeless couple an apartment he manages that has become available. The previous tenant, however, left a room full of her things. When the woman fails to come pick up her stuff, her belongings are left on the roof. Emad, true to his kind nature, covers her possessions with a tarp when it rains to protect them. No one else seems to care.

All this action unfolds in the film’s leisurely first half hour, at which point the drama kicks in. Rana, returning home from the theatre early, proceeds to take a shower. She leaves the apartment door open for Emad, who is expected to return at any moment. When he does arrive, however, he finds blood on the stairs, broken glass in the bathroom, and his wife missing. He tracks Rana down in the local hospital being treated for a head wound.

“The Salesman” soon turns into a slow-burn mystery in which Emad becomes a detective sorting out clues as to what happened. He also seeks revenge on the perpetrator. Farhadi is certainly not crafting an Iranian version of “Death Wish,” with Emad going off, gun in hand. He takes a characteristically more thoughtful approach to the situation, wanting to humiliate the criminal (if and when he finds him) in front of his family.

Emad learns that the apartment’s previous tenant was a prostitute, and the attacker was likely one of her regular clients. He discovers the man’s keys and cell phone, as well as a stack of money he left behind. He wants to go to the police, but Rana, feeling traumatized and guilty, refuses to let him. Farhadi lets the viewers and characters draw their own conclusion about the relationship between the apartment's former tenant and Rana's attacker so as not to incur the attention of censors. Moreover, censorship is mentioned in connection to a passage from the play during a rehearsal, reminding everyone what is permissible in Iranian society.

The tension that develops between husband and wife forms the emotional crux of “The Salesman” — again, a parallel to the Miller play — and the actors make that anxiety palpable with every expression and every silent glance between them. How Emad tries to comfort Rana but also give her some space shows how caring he is. But these scenes also reveal how difficult things have suddenly become between them.

A remarkable scene has Rana serving dinner to Emad unaware that it was paid for with her attacker’s money. He stops eating in mid-chew and has a look of disgust on his face that Rana does not comprehend at first. She thinks there is something wrong with her cooking. When he reveals why he is upset, the dynamic between them again changes. Likewise, when Rana freezes on stage during a performance of the play, Emad only later understands she was responding to a trigger in the audience that reminded her of the attack.

These are minor examples of the tensions that exist and escalate between the couple, before things intensify in the film’s stunning last act. The less revealed about where “The Salesman” goes in its last 40 minutes, the better. What can be said, however, is that Emad’s efforts to track down his wife’s attacker lead to some unexpected discoveries. As various characters gather in the couple’s old, evacuated apartment, ultimatums are issued, prayers are offered, and the suspense ratchets up to an almost unbearable degree.

What Farhadi does so expertly in this extended sequence is that rarest of high-wire acts: he succeeds in being an ironist and a dramatist at the same time. Farhadi magnifies the conflicts that have developed between Emad and Rana by reflecting them in this scene’s other characters as well as in Willy and Linda from the play.

One of the reasons “The Salesman” crackles is because Hosseini gives such a remarkable performance. (He justly won the Best Actor prize at Cannes last year.) Hosseini calibrates Emad’s emotions so skillfully that, like Emad, viewers may be so inside his mindset that they will flinch — as he does — when noise from a toaster startles him. As he gets deeper into resolving his wife’s trauma, his character starts to transform. He drives distractedly. He schemes to entrap a suspect under false pretenses. Emad displays a capacity for violence that seems out of character. Is it really his deep, abiding love for his wife that prompts him to behave so relentlessly? Does he feel a sense of guilt and responsibility that needs absolution? Or has he been this vengeful all along? Hosseini’s masterful performance allows for multiple interpretations.

Farhadi’s astonishing film ends with a sequence that is telling and fitting; the characters are haunted by what has transpired. Viewers will be too.