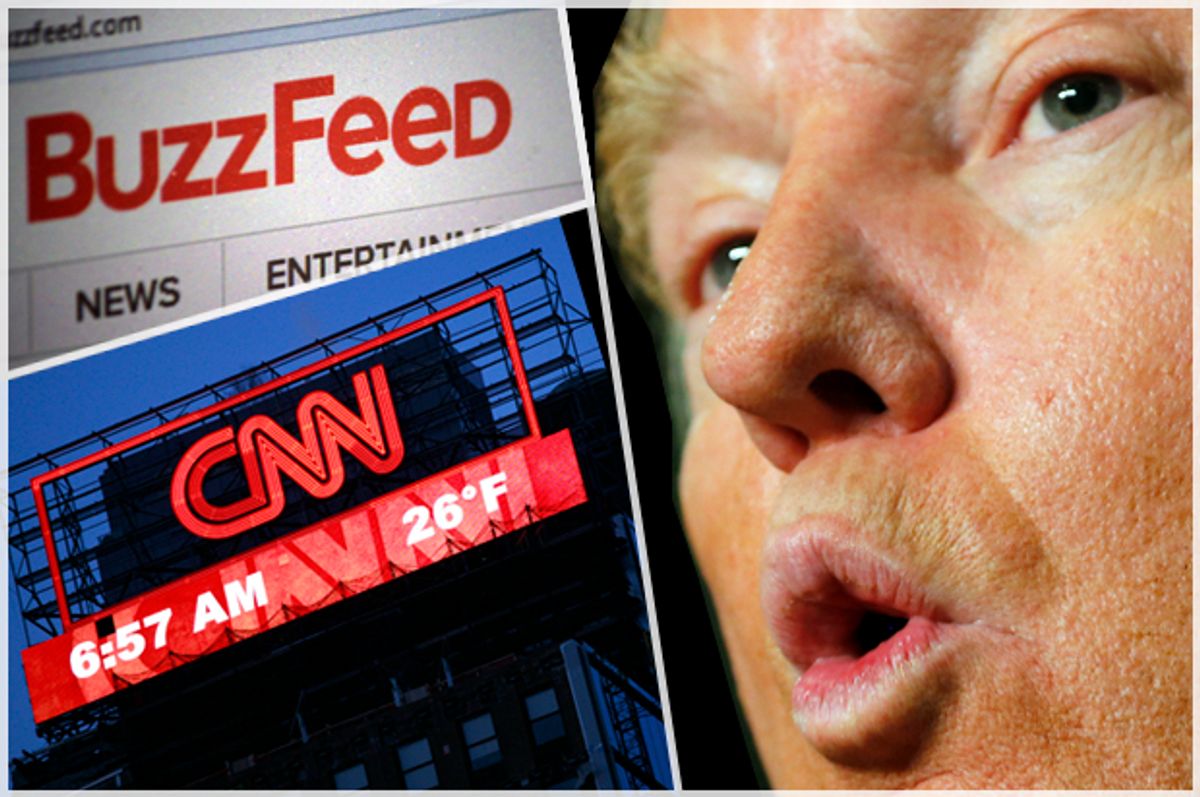 Journalism’s reputation is in the toilet — and for good reason.

There was a time when journalists engaged in painstaking fact-checking and verification before publishing a story. That fact-checking and investigation went on until the journalist reached the point of confidence that there was something solid to report on. Sometimes this process went on for months — sometimes even years.

There was also a time when a "scoop" didn’t mean an unnamed intelligence source dropped a helpful hint into a journalist’s lap only to see it appear in print, framed as gospel truth, a few hours later.

Those times have passed.

In a clickbait-driven media environment paralyzed by groupthink, unverifiable no longer means unpublishable, shoddy sourcing no longer seems to invite any real skepticism — and anonymous intelligence officials are rarely to be questioned.

Instant gratification is all the rage. Quantity and speed are vastly superior in importance to quality and factual accuracy. In this self-amplifying social media culture, the number of Twitter followers a reporter has confirms their worthiness. The more retweets we receive, the more we confirm our own bias.

The quality journalism that does appear in the midst of it all is fumbling to grab our attention through a mountain of far more appealing trash; listicles, quizzes, stenography masquerading as reporting, opinion masquerading as "explainer" pieces, propaganda, conspiracy, fake news and cute cat videos.

The latest in a long line of increasingly depressing indicators that there has been a total abdication of responsibility in journalism was BuzzFeed’s decision to publish the 35-page “dossier” alleging salacious details of Trump’s actions in a Russian hotel room. By now, experts have skillfully poked holes in the dossier’s many flaws, but the episode was instructive in that it gave us a sense of how the youngest generation of journalists will enter a field where the rules are rapidly changing.

BuzzFeed editor Ben Smith went to great lengths to dress up his reasons for publishing the report with moralisms and bombast about the role of journalists in 2017. He justified releasing unverifiable rumor into the public domain by arguing that the public should be trusted to decide for themselves what is true or false.

That’s an easy one, Ben: Because journalism is not about sharing juicy gossip and feeling bad about the people who aren’t in on it. It’s about carefully and responsibly informing the public and reporting the facts.

But BuzzFeed is far from alone in abandoning standards and doing away with journalistic ethics.

A similar "publish now, check later" mode of operating is becoming the norm even for those publications that like to think of themselves as above the rest. Take the Washington Post. The paper has added serious corrections or editor’s notes to two stories (also Russia-related) within the last few weeks.

Most notably, it embarrassed itself by publishing a report, based on the say-so of an unnamed “official,” alleging that Russian hackers had hacked into the U.S. power grid through a utility in Vermont. This never happened. A simple phone call to the utility in question would have saved the Post significant embarrassment. There would have been no need for any correction.

Ah yes, the oft-employed newspaper correction; no longer reserved for minor or medium-sized errors, but massive and glaring ones. Mistakes of significant magnitude are rectified by sticking a correction on the end of a story a few hours or even a few days after publishing. At this point, thousands, if not hundreds of thousands of people have consumed the original, rendering the correction nothing more than a futile obligation. It would be impossible to quantify, but it must be an incredibly tiny percentage of readers who ever end up seeing the correction.

From a business standpoint, all of this seems to make some sense. Why bother putting the money and manpower into real reporting when you can spend far less time and fewer resources throwing a half-baked story up online, generating millions of clicks — and hey, if you’re wrong, fix it later.

What do we call that? It’s difficult to call it journalism. In the case of BuzzFeed, it was simply the passing along of rumor by an entity powerful enough to reach millions of eyes. It’s not much better than reading some outrageous claim about a celebrity in a tabloid and noticing that the originator of the rumor is “a source close to the star.”

Enter fake news and the ongoing debate around what does and does not meet the criteria for fakeness. There is an argument that says how we define fake news is determined by intent; that the journalist who publishes false information unintentionally can’t be accused of spreading fake news. The underlying assumption is that "intent" is always honorable at "real" news organizations — but even if it is, is good intent good enough? What about pure irresponsibility? Where do we draw the line, and when do we stop making excuses?

The fact is: Whether it’s a Macedonian teenager posting fake pro-Trump news online to earn some cash or it’s the Washington Post, the end result is the same: A lot of people come away believing false information to be true. At a time when operations really are set up purely to generate clicks and profit off deceit, so-called real journalists should ensure they are doubly and triply careful with facts and sourcing. Unfortunately, it seems as though what’s happening is exactly the opposite.

This myopia, in part, led to the election of Donald Trump. Journalists believed they knew the way, the truth and the light. Any anti-Trump story they could get their hands on was good enough to publish, regardless of its veracity. They couldn’t see past their own noses to recognize the monster they were creating — and now they’re wondering why he’s not taking their questions.

The late William Safire, longtime columnist for the New York Times, wrote of newspaper corrections in a 2005 column: “A correction is a retraction without all the nervous groveling.”

The way things look in this profession today, we could do with a bit more groveling.