Congress hasn't come for PBS...yet. Trump transition team's plans guarantee that it will

Targeting PBS is part of a long tradition in conservative politics. Once again, viewers like you must fight for it 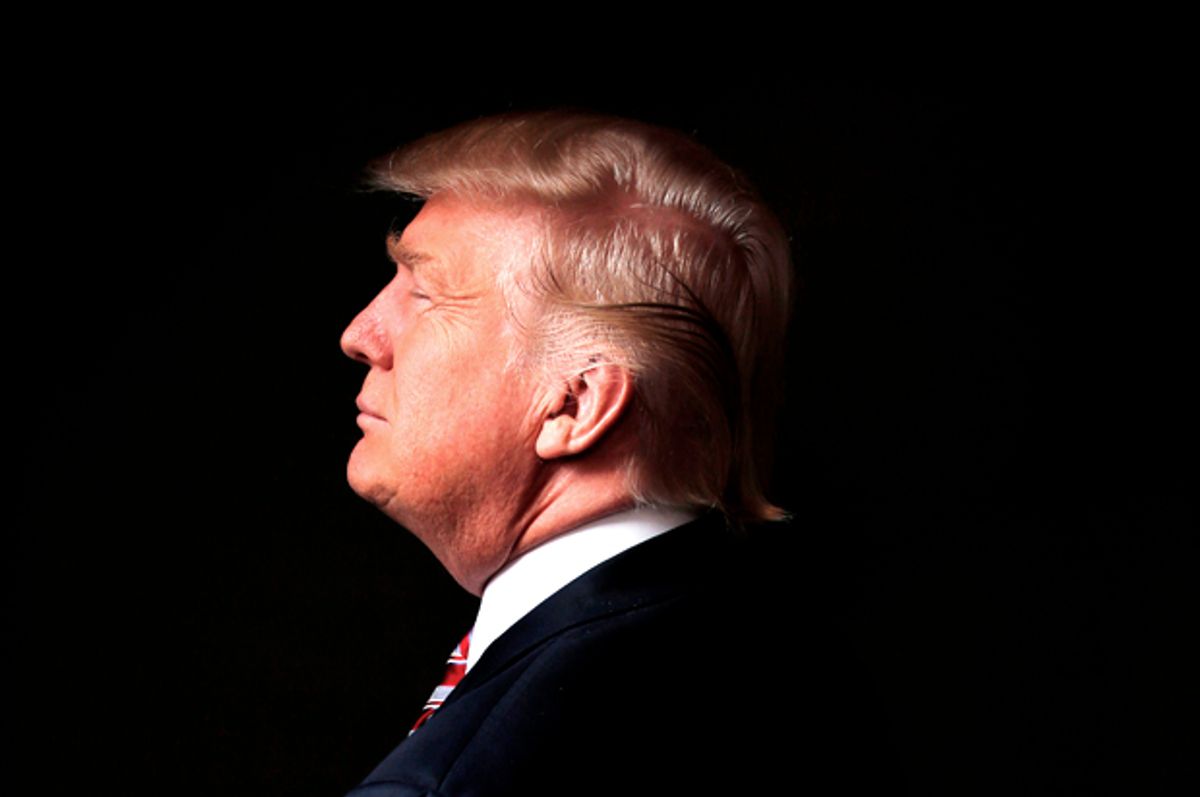 When PBS president and CEO Paula Kerger was asked at a press conference held last Sunday what she was expecting from Donald Trump’s administration, she replied, “It’s really too early to tell.”

It only took a few days for her to get a better idea of what the Public Broadcasting Service is in for in the coming months. If reports that Donald Trump intends to follow the list of budget suggestions created by the conservative Heritage Foundation are true, the Corporation for Public Broadcasting could be privatized.

"Without federal funding for the CPB, services such as the Public Broadcasting Service (PBS) and National Public Radio (NPR), which receive funding from the CPB, could make up the lost money by increasing revenues from corporate sponsors, foundations, and members," the Heritage Foundation report suggests.

Apparently fundraising for public television and radio is a cakewalk these days. Who knew?

PBS and NPR are favorite targets among conservatives looking for ways to trim spending from the federal budget or, in some cases, win points with the extreme right for going after PBS programming that allegedly demonstrates a liberal bias.

Here's an example: At some point during 2017, PBS will present a “Live from Lincoln Center” special featuring the Tony Award-winning Broadway musical “Falsettos,” which tells the story of a gay man, his wife, his lover, their 10-year-old son, their psychiatrist and the pair of lesbians living next door. “My father’s a homo! My mother’s not thrilled at all!” the kid sings at one point, succinctly describing the central tension of this unconventional family’s tale.

Originally presented in 1992, the 2016 revival of “Falsettos” stars Christian Borle, Stephanie J. Block and Andrew Rannells. The story begins in 1979 and ends in 1981 at the dawn of the AIDS crisis, which technically makes it a period piece. But the plot’s brand of family dysfunction is thoroughly relatable and timeless.

And its subject matter may also provide the perfect excuse to use PBS as a political football yet again.

Any number of PBS specials or series, really, could be cited as a reason to threaten the home of “American Masters,” “American Experience,” “Independent Lens” and other worthwhile programming.

Not even the warm, felted legacy of “Sesame Street” can be counted upon to shield PBS from Congress, as 2012 Republican candidate Mitt Romney indicated to moderator Jim Lehrer during one of that year’s presidential debates.

"I like PBS. I love Big Bird. Actually, I like you too," Romney told Lehrer back then, in a tone that made him sound, ironically, like a “Sesame Street” celebrity guest. "But I'm not going keep on spending money on things to borrow money from China to pay for."

CPB’s current federal appropriation request is $446 million, around $1 million more than it received in 2012. Out of that number, $222.8 million is allocated for station grants. These are funds that go directly to PBS member stations in markets across the country. Only $74.5 million of that total is earmarked for the programming itself.

Should those numbers seem significant, put them within the context of the federal government’s proposed budget for 2017, which tops $4 trillion. By withholding or cutting PBS's federal funds, the government would save enough money to buy each American citizen a pack of cheap gum.

“Change always presents a lot of uncertainty, and in this case, more uncertainty,” Kerger told reporters. “We are spending time talking to as many people as we can, but particularly to legislators on both sides of the aisle, the Senate and the House, to make sure that they understand the role that we play in civic discourse in this country.”

It’s even more crucial that the American people value PBS’s role, because it’s viewers like us who saved it the last time it came under siege.

Privatizing the CPB could save its funding, but also puts it at odds with its mission as a public trust. The very reason that public media has Congressional oversight is to ensure that its programming is not beholden to special interests.

That's why, in 2014, it returned a $3.5 million grant from a natural gas trader in Texas, who gave the money to CPB to fund a PBS NewsHour series titled "Pension Peril." According to a Los Angeles Times report, one of the series' segments mentioned a California ballot initiative that sought to roll back public employee pensions — an initiative partially funded by the sponsoring donor.

Regardless of this, the Heritage Foundation posits that the CPB is a relic from a different time. "The goal of CPB is also increasingly met by other media sources," its report says. "The range of television options has increased dramatically since the CPB was created in 1967. At that time, households faced very limited television options. In 2013, the average household had 189 channels."

The cable proliferation argument is a classic one.

But look at the numbers — how much PBS costs, and what we get for our money — and see what a bargain the American taxpayer is getting.

Around 95 percent of the U.S. population can access public broadcasting's over-the-air signal as part of the Public Broadcasting Act’s universal service mandate. This includes rural communities and economically disadvantaged viewers who cannot afford to pay for cable.

Kerger says that 15 percent of PBS' budget comes from government funding, most of which is spent at the individual station level. “The reason that we fight very hard for that 15 percent is that’s an aggregate number,” she explained. “For some of our stations, a percentage of their budget that represents federal funding is smaller: seven, nine, 10 percent.”

In rural sections of the country — Kerger strategically cited Sarah Palin’s home state of Alaska as an example — federal government funding can account for as much as 50 percent of a station’s budget.

Bringing it closer to home, a Netflix subscription can cost up to $11.99 a month. Access to Prime video content on Amazon costs $10.99 a month, or an annual fee of $99.

PBS and NPR receive taxpayer funding through the CPB, a nonprofit corporation funded by the federal government and created when former president Lyndon B. Johnson signed the Public Broadcasting Act into law in 1967.

A crucial element of the act states, "it is necessary and appropriate for the Federal Government to complement, assist, and support a national policy that will most effectively make public telecommunications services available to all citizens of the United States."

The CPB is governed by a nine-person board of directors selected by the president and confirmed by the Senate. The current board consists of six active members, each serving a six-year term, and includes a chair and vice-chair who were initially appointed by George W. Bush and were reappointed by Barack Obama. Both of their terms expire in 2018; at the moment, the board has three open seats.

The Public Broadcasting Act dictates that the president cannot appoint members of the same party to more than five of the board’s nine seats. But even that rule did not prevent a conservative agenda from taking hold of CPB starting in 2004, which culminated in then-chair Kenneth Tomlinson mounting a witch hunt that attacked PBS's news coverage. Tomlinson eventually stepped down, but not before Congress threatened to cut $100 million out of the CPB budget in 2005 — an action partly inspired by, of all things, an episode of “Postcards from Buster” featuring the child of a same-sex couple in Vermont.

A million phone calls and e-mails from PBS viewers and NPR listeners inspired Congress to completely restore CPB’s funding that year. Concerned supporters stepped in again in 2006, when a House subcommittee once again approved a $115 million cut to CPB's budget for the following year.

During the last eight years, PBS has proven its mass appeal and continued cultural viability in a number of ways while also winning over larger audiences. To most viewers, PBS is the place to find “Downton Abbey,” “Sherlock” and “Victoria,” and has also exposed Americans to the influential phenomenon that is “The Great British Baking Show.”

Fresh blood is needed to replace those canceled and outgoing hits, but its scripted Civil War-era series “Mercy Street” doesn’t come close to approximating the popularity of “Downton Abbey.”

“Prime Suspect: Tennison,” a prequel to the legendary series that exposed American TV audiences to Dame Helen Mirren (who originated the role of Detective Chief Inspector Jane Tennison) has yet to be tested. It’s also impossible to predict whether audiences will accept Stefanie Martini’s 23-year-old rookie as readily as they did Mirren. Ken Burns’ 10-episode, 18-hour epic “The Vietnam War” will command plenty of attention leading up to its September premiere. Many damning “Frontline” episodes are going to air between now and then, however.

The point is, everyone in the country has access to these series, specials and informative documentaries, as well as vital regional content funded in part by CPB grants.

This month its value increased even more with the debut of the PBS KIDS 24/7 channel, delivering round-the-clock access to children’s programming. The service is currently available to 108 PBS licensees and estimated to reach 90 percent of American households.

“Believe it or not, there are many children that are up at night. Many are in hospital,” Kerger explained. “We actually heard from caregivers who said, ‘You know, we are at a loss sometimes to figure out how we can keep children calm and entertained,’ and so we feel that it’s a great service.”

“We’re in a different business than other media organizations, in that I don’t have to count ratings overnight and worry about whether if I switch to infomercials I maybe could make a buck or bring in some more people,” she added. “This is service. This is pure community service.”

Sometime in the coming months, public television will once again become a talking point among elected officials professing to act in the interest of the American taxpayer. When that happens, and if we're unprepared to hold our representatives to their true mission of serving their constituents, informed viewers stand to lose much more than a politically motivated budget cuts would gain them.