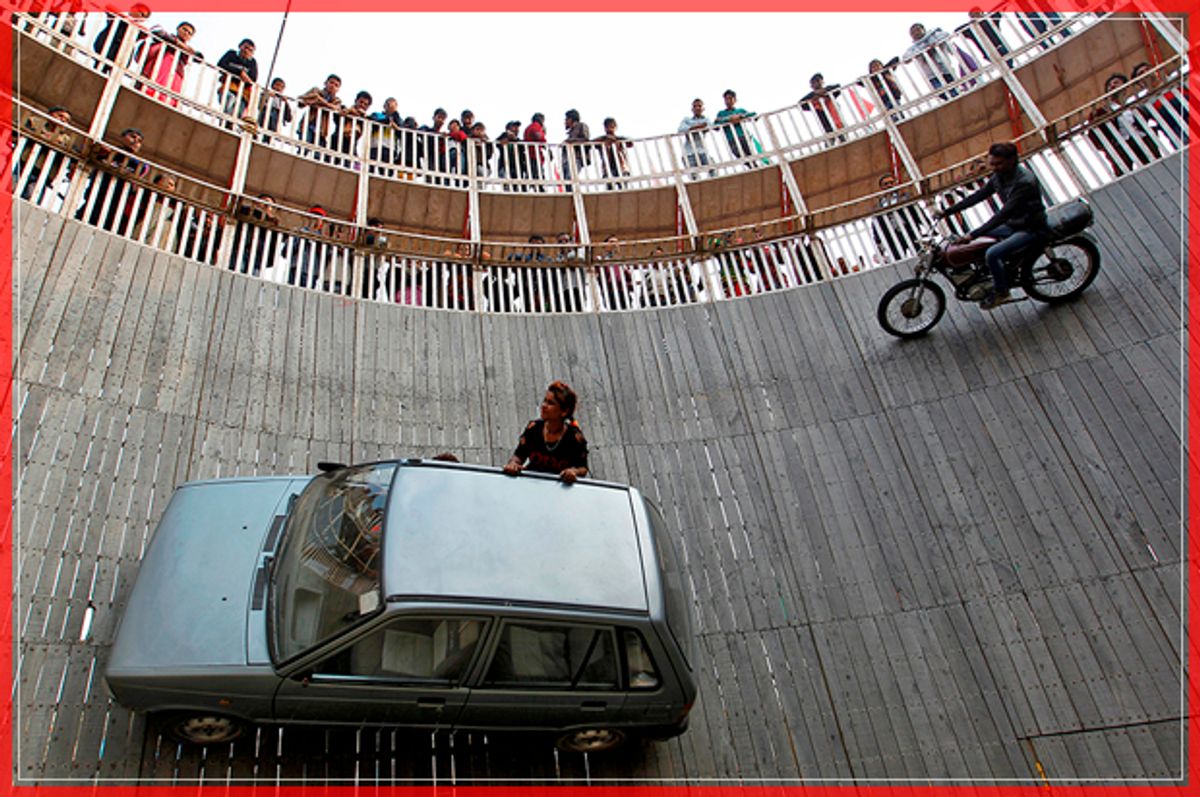 Stunt performers ride a motorcycle and a car on the walls of the "Well of Death" at the Magh Mela fair in Allahabad, India, January 18, 2017. REUTERS/Jitendra Prakash TPX IMAGES OF THE DAY - RTSW23C (Reuters)
-- What I found amazing watching Trump's festivities was that he knew what was going on and played it so well. There are a couple of things that he struggles in doing, but creating reality TV isn't one of them. The family pause at Lincoln's foot was something that couldn't have been scripted better. If there's one thing that Trump can overcome, it's the negative PR that he may have brought about himself. Don't be surprised that he's going to spend a lot of time trying to fix that.

Melbourne, Australia   Michael Dodge/Getty
A father and daughter jump off the pier at the South Melbourne Beach A father and daughter enjoy over 85 degree Fahrenheit temperatures in Melbourne, Australia on Jan. 17. The heatwave coincided with the start of The Australian Open tennis tournament.

Allahabad, India   Jitendra Prakash/Reuters
Stunt performers ride a car and a motorcycle around the "Well of Death" at the Magh Mela fair Seeking a fix to make bath time more serene for your child? Take a cue from this zoo professional in Indonesia who's tending to 5-year-old Dara, an orangutan at the Bali Zoo.