Aziz Ansari on SNL gives a funny monologue about the inauguration; says on day one, "an entire gender protested" 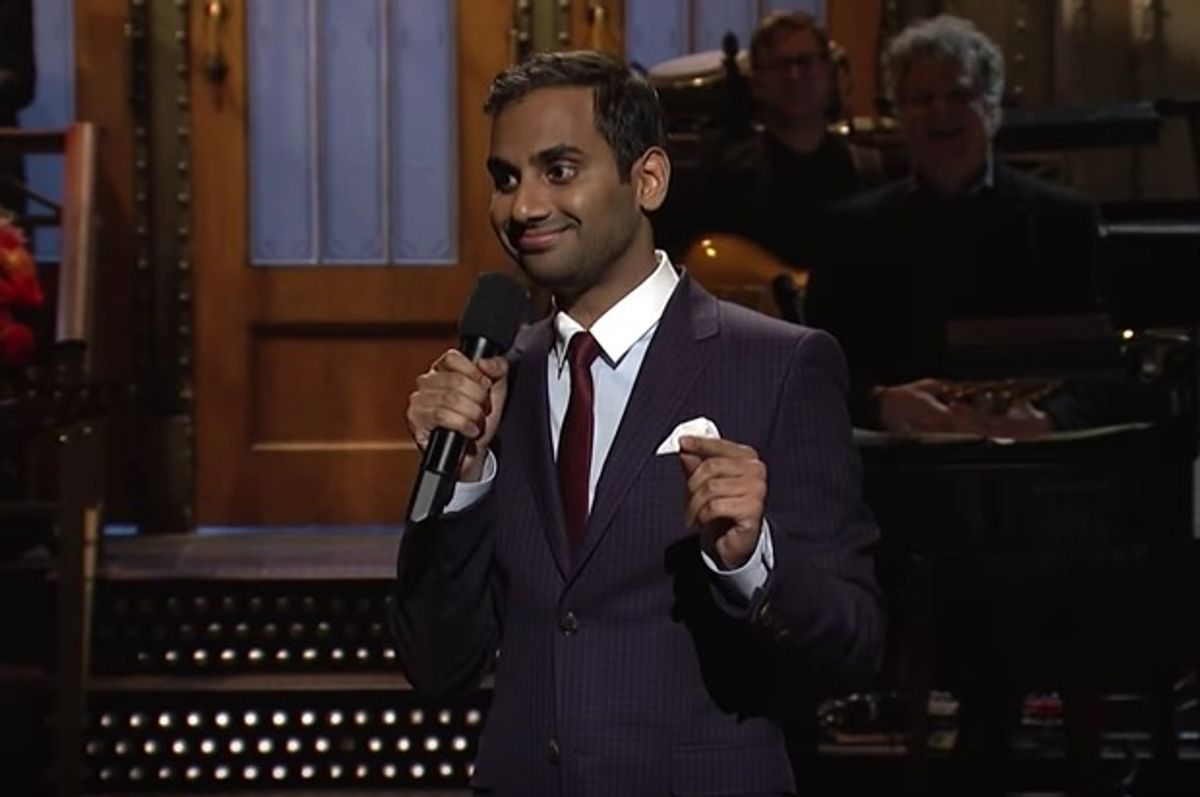 This morning on SNL, stand up comedian Aziz Ansari broke down the inaugural weekend, noting that a day after his swearing in, President Donald Trump had "entire gender protest against him". "He's probably at home right now, watching a brown guy make fun of him," he joked.  Cautioning people not to demonize everyone in the United States. Everyone has different priorities, he noted, and some may have voted for Trump even though they didn't like all of his campaign promises. "It's like people who listen to Chris Brown," Ansari said. "They say, "I'm just here for the tunes! I don't now about the other stuff!"

He spoke about immigrants, and mentioned the "lowercase kkk", a modern iteration of the traditional hate group. To create more balance in the US, he suggests that the media start doing positive news reports about brown people to counter the hate-mongering of racists, because members of the hate groups have never "seen brown people doing normal things!" When it's reported that a brown-skinned or Muslim suspect "is considered armed and dangerous", Ansari suggested reporters do a tandem report about Muslims "NOT armed and dangerous, these four muslims are eating nachos in Chicago!"