WATCH: Shirtless Putin explains why Russian women have no reason to protest 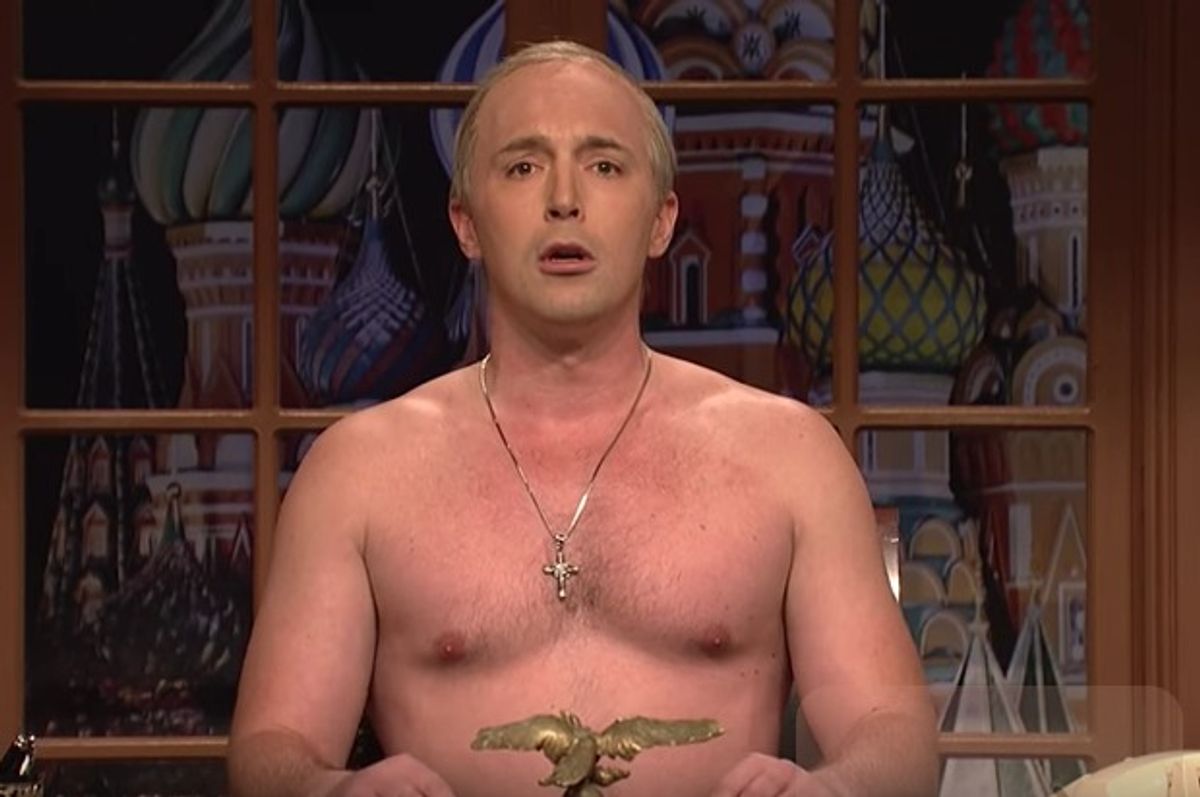 In a hilarious cold open on SNL, cast member Beck Bennett played shirtless (per usual) Vladimir Putin giving President Donald Trump advice about how to govern in his first days. Kate McKinnon, as an oppressed Russian woman, appears as a prop at "Putin's" call, reading tentatively from cards praising the Russian leader. "I wake up every day happy, and I sleep in bed at night, not dog carcass!" she said hesitantly. Also on her script? Putin is "number one hottie of all time!"

Bennett as Putin went on to criticize President Trump for his first few days in office, telling him "If you're going to lie, at least make it believable! Say you are friends with LeBron James, not that you ARE LeBron James!"

Putin hinted at Russia's involvement in the election, telling Americans nothing bad would happen to the country, because "it's the most expensive thing we've ever bought", and tsk-tsked further about exaggerated inauguration crowds - an event that dominated yesterday's news, when White House Press Secretary Sean Spicer held his first presser and sputtered about how the media should be ashamed for reporting that President Trump's inauguration has far fewer attendees than either of president Obama's.  "I'm glad to see so many people turned up to your inauguration," he said initially, showing an image with a sea of people in Washington, D.C.

"Oh wait, that's the Women's March!" he corrected. The audience cheered. Frankly, we can't wait to see what the next press conference will be about.