Salon was on the ground for the march that swept through D.C. the day after Trump's inauguration 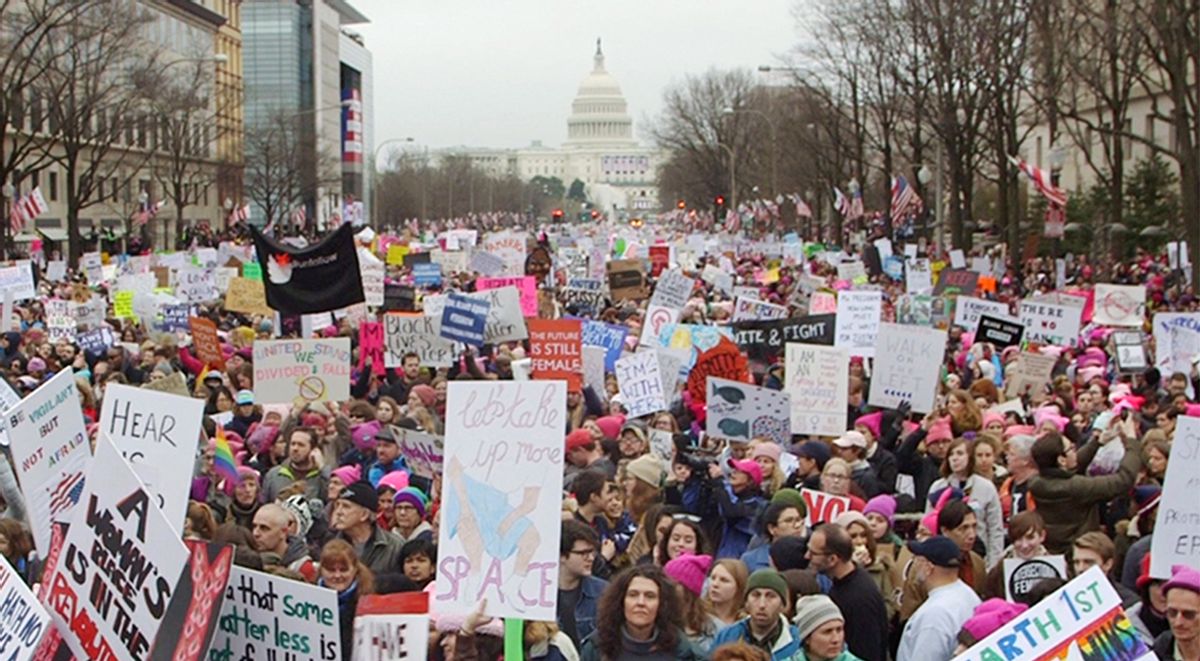 The mood at the Women’s March in Washington D.C. on Saturday, January 21, the day after Donald Trump's inauguration, was surprisingly merry, with lots of laughter and smiles and even dancing.

While protesters were most certainly aware that the future under President Trump looks dark, the march itself had a healing effect on participants. Watching Hillary Clinton lose to this tyrannical misogynist clearly traumatized huge numbers of Americans, who suddenly felt alone and marginalized in their own country, even though Clinton technically won the popular vote by 3 million people.

But, for many people on the streets in D.C. Saturday, it took standing in a sea of people as far as the eye can see — far more than showed up for the inauguration itself — to be reminded, truly reminded, that they are not alone and that many people, more people than those who voted for Trump, believe in social justice and women’s equality.

The day was healing. It was replenishing. The crowd was so big that the official march route collapsed and marchers were forced to fill the streets of D.C., pouring out of every corner, their voices echoing off the buildings.

As people marched and cried and laughed and shouted, a small glimmer of hope started to set in. Trump may have the White House, but the people have the numbers. As videographer Peter Cooper and journalist Amanda Marcotte recorded for Salon, the result felt downright triumphant. It’s hard not to imagine that this could be the beginning of a true resistance.