Choose your own dystopia! Upcoming television shows illustrate a variety of ways that this could all go horribly wrong 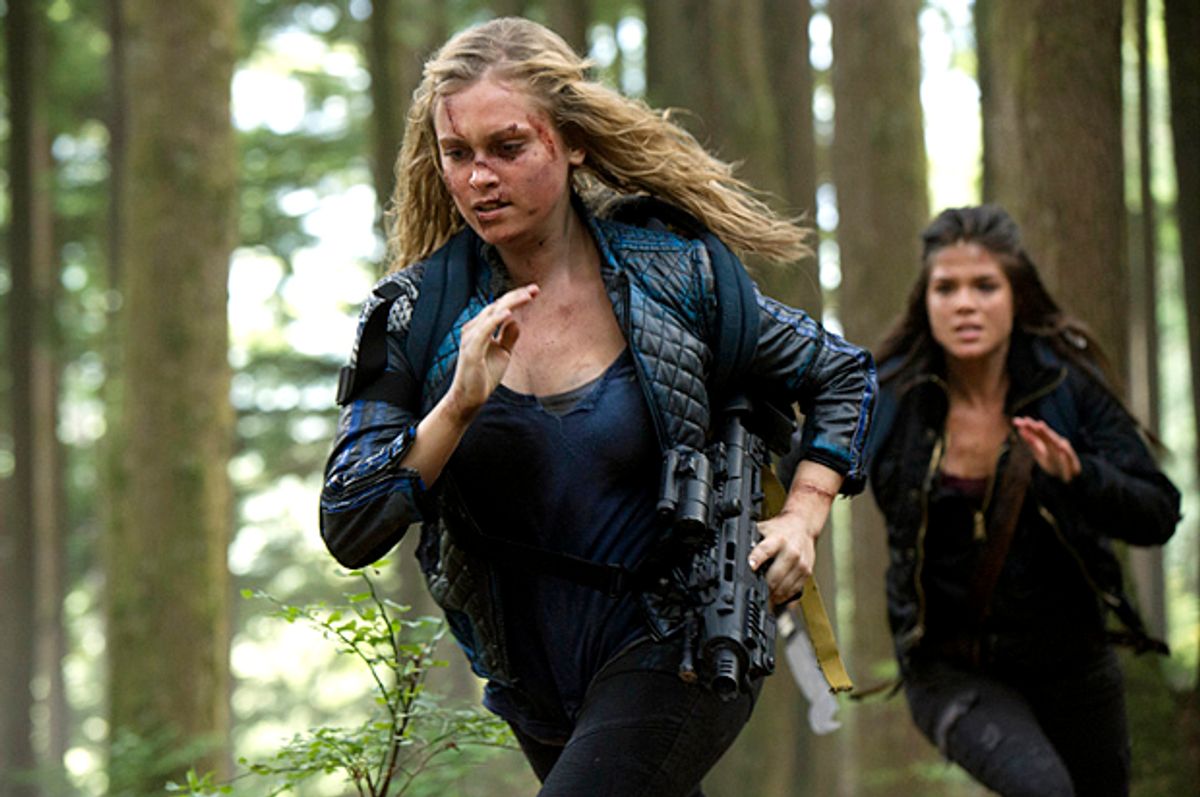 Last Thursday, a day before every major broadcast channel aired the first episode of what many suspect will be America’s final season, Amazon announced that it has picked up “Good Omens” a six-part comedy series based on a book co-written by Terry Pratchett and Neil Gaiman, who will serve as the series’ showrunner.

Set in 2018, “Good Omens” is the story of humanity’s final judgment, a time that inspires the armies of good and evil to gather and Atlantis to rise. The only figures standing in the way of Armageddon are an angel and a demon who have grown fond of Earth in spite of what the divine plan dictates.

As far as we know “Good Omens” is a scripted series, not a documentary. A lot could happen between now and 2018, so who knows? Maybe Gaiman will just set up a few cameras at strategic locations and let them roll.

That idea isn’t far-fetched, either. The totalitarian promises that POTUS made in his incredible inaugural address make it entirely possible that the world will descend into chaos, emerging on the other side of his White House tenure vastly changed and not necessarily for the better.

Dystopic scenarios inspired by the type of situation that America is currently in are a favorite topic among science fiction writers, so there’s no shortage of films and television series to reference in order to imagine the manner of our doom. But why bother digging through the caverns of your Netflix library for fascinating visions of humankind’s ruination? There are a variety of series on right now or due to premiere in the near future that just might be transforming our TV screens into scrying glasses, allowing us to marvel at the fantastic terrors that await us.

So while mapping your way out of your city in the event that it falls, watch these series for tips on what can be done — and what not to do.

Security experts have long warned about the perils of making our personal lives public via social media. But at no point has that exposure been as dangerous as it is now since we have one of the internet’s most notorious cyberbullies taking up residence in the Oval Office.

In CBS’ new unscripted series, which debuted to an audience of 11.83 million viewers on Sunday, nine teams of fugitives attempt to evade hunters and investigators from top intelligence and law enforcement agencies. If contestants can avoid the experts for 28 days, they’ll win $250,000. “I’m so excited for the thrill of it!” squeals one of the players, who is a pastor’s daughter when she’s not playing outlaw.

At its most basic, “Hunted” offers a look at the variety of surveillance methods and security apparatuses available that enable law enforcement professionals to find their quarry. We’re already aware of the most significant ways that people can leave a digital footprint, so the mistake made by first couple to be caught was truly laughable.

“Hunted” also serves as a cautionary manual for life in a surveillance state and a basic guide for what not to do if, at some point, you have to run. (Step 1: For God’s sake, avoid using the ATM.) Of course, one huge difference between actually having to flee for your life and what's depicted on this show is that a producer won’t run up to you during your morning jog and inform you that you’re being hunted.

Not to worry — if it comes to that, you’ll know.

Setting: 97 years after a nuclear apocalypse

Type of doom: Environmental degradation and a global nuclear meltdown

There are many reasons to watch “The 100,” a TV series based on young adult fiction novels by Kass Morgan that examine moral imperatives and the political complexities of survival through plots that refuse to peddle any kind of absolutes, philosophical, spiritual or otherwise.

But the fourth season’s dominant plot, which is set in motion during the season premiere, turns the attention of the survivors and the Grounder clans still inhabiting the ruin that was Earth toward their greatest threat yet: the steady deterioration of several nuclear power plants around the world, which will reach full meltdown in six months and render 96 percent of the Earth’s surface uninhabitable.

Considering our new president’s fascination with nuclear power, whether for energy purposes or weapons, this one is worth watching closely. A bonus: The show’s futuristic fashion sense is completely on point.

Setting: 200 years in the future, which is generous!

Wrapped in the dystopian existence portrayed in “The Expanse” (which is based on a series of novels by James S. A. Corey, the pseudonym for the partnership of Daniel Abraham and Ty Franck) is a glimmer of hope: Hey, we made it to space! Thanks, Elon Musk and SpaceX!

In this version of the bleak future, humanity has somehow managed to produce enough literate people who believe in science to colonize the solar system. That’s the good news.

The bad news is that Earth and Mars are on the brink of war, and those unlucky enough to be born in stations within asteroid belts are caught between the political whims of more powerful people on an Earth that is now controlled by the United Nations and the power-hungry denizens of Mars.

But with the discovery of a highly contagious protomolecule, the balance of power could shift. That is, if humans don’t realize that they need to put their differences aside to band together for the sake of the species. Which is the kind of idea that only a liberal hippie would come up with!

Type of doom: Android uprising or a synthetic genocide

The plot of “Humans” can serve as an allegory for the fate of any number of persecuted groups. Or it could turn into Judgment Day, “Terminator”-style.

As the series enters its second season, the synthetic humans of season 1 have received their right to consciousness and are hiding out. But as the season moves along, the central question that the story’s human population asks is whether these androids built to be benevolent assistants deserve the same rights that we do? And if they receive those rights, what that means for humankind’s future. This sounds eerily familiar to debates  underway in the real world, doesn’t it?

Type of doom: A race war

That other zombie series, "The Walking Dead," receives a lot more ink (and makes its midseason premiere Sunday, Feb. 12 at  9 p.m. on AMC) but the zom-dram-rom-com nature of “iZombie” presents a more freewheeling take on the eating of brains, making it the more palatable of the two. Here, the zombies maintain their human qualities as long as they eat brains regularly, which is what the show’s hero Liv Moore (Rose McIver) does in order to blend in and help solve crimes.

The upcoming season becomes a little more serious, however, as the fully living grow aware that the undead are walking the Earth. The zombies who lose their humanity and go on a rampage cause those living peacefully to be attacked, sometimes with tragic consequences.

And in response, what do the undead and moneyed do? Why, they band together — and militarize.

Today, America’s fearless leader reinstated the ban on foreign aid to groups who give clients family planning services, including abortion counseling. This is part of the new administration’s plan to curtail abortion rights in America and abroad.

But seriously, ladies, what’s the worst that could happen? Margaret Atwood had a vision that answers that question. In Hulu’s adaptation of her dystopian story, global sterility leads to female enslavement, whereby fertile women are forced to go through with insemination and give birth to children of rich and powerful families in Gilead, a fundamentalist regime set in the place that used to be the United States.

“Ordinary is just what you’re used to," says one of the leaders during an indoctrination seminar. "This may not seem ordinary to you right now, but after a time, it will. This will become ordinary!”

Take that as a warning — and an enticement to tune in. Blessed be!