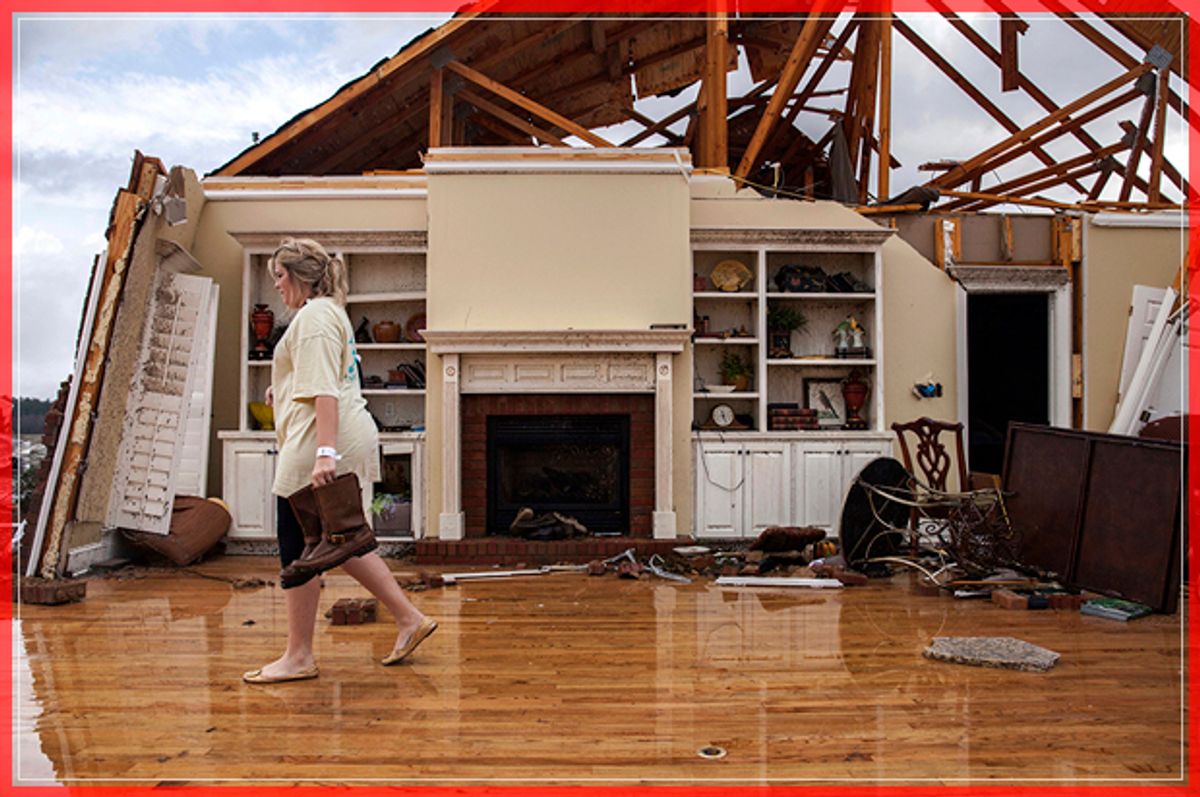 Jenny Bullard carries a pair of boots from her home that was damaged by a tornado, Sunday, Jan. 22, 2017, in Adel, Ga. Georgia Gov. Nathan Deal declared a state of emergency in several counties, including Cook, that have suffered deaths, injuries and severe damage from weekend storms. (AP Photo/Branden Camp) (AP)
-- We live in a magical, futuristic society in which entertainment can be procured near effortlessly from the powerful handheld computers that sit in our pockets and handbags. But with all that digital distraction available, it's good to know that there are still parts of the world where you can take in the simple, thrilling pleasures of daredevilry and watch (at least) eight dudes pile onto one motorcycle and risk grievous physical injury for our enjoyment. Big storms raged through the south over the weekend, the type of weather you’d expect in the summer, not the middle of January.

Frankfurt am Main, Germany   Frank Rumpenhorst/Getty
A nutria, also known as a 'river rat', begs for food on the banks of the Nidda creek I've never heard of a nutria before, but it makes sense that it would be walking around Germany. After all, literally everything in Germany is terrifying — albeit super hip and awesome. I lived in Berlin for six months but never got to experience an animal of this kind. Probably for the best, or I would have left Germany way earlier. Gael Monfils of France shows Spain's Rafael Nadal how it's done in Melbourne, Australia during their fourth round match on Sunday at the Australian Open. Taking a page from the fancy footwork of Roger Federer, Monfils gracefully knocks the ball under his legs. Monfils is one of the few tennis players to disprove the old notion that while tennis players are as graceful as ballet dancers, they cannot dance, as he did at the 2014 French Open. That's because he learned from his hip-hop dancer friends Laurent and Larry Bourgeois, aka "Les Twins", dancers for singers like Beyoncé.