McDonald’s could get some relief from Trump-appointed labor regulators 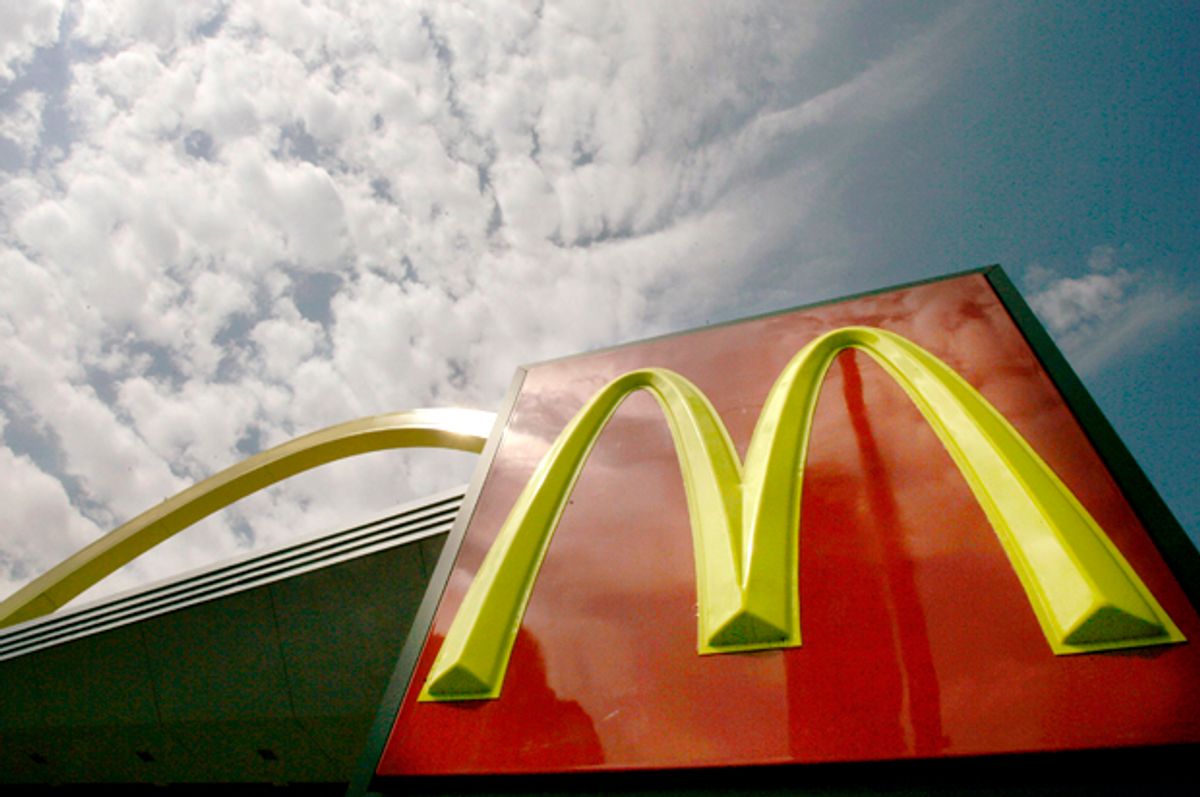 McDonald’s has spent the past couple of years trying to win back customers who have lost interest in the Golden Arches in favor of fast-casual eateries. In 2015 the company reduced the number of its U.S. stores for the first time in decades and has since deployed different strategies, with mixed results in an attempt to resume a level of growth that's similar to what it once had, which turned it into the world’s biggest restaurant chain.

Lately McDonald’s has been facing a labor-relations challenge — one on which it could receive some help from fast food industry ally President Donald Trump if the White House moves quickly to fill vacancies at the National Labor Relations Board. The federal agency is responsible for ruling on collective bargaining agreements and allegations of unfair labor practices. Under former president Barack Obama, the NLRB made some major decisions in favor of labor unions. Republicans are salivating at the prospect of hamstringing future pro-labor decisions.

The NLRB is currently deciding whether McDonald’s should be considered a joint employer in labor and wage complaints brought against McDonald’s franchises, a decision that could have a broader impact on the franchise industry.

Labor activists argue that McDonald’s exercises enough control over management procedures, which includes its provision of sophisticated software to track scheduling and payroll expenses, that it shares liability for labor violations.McDonald's position is that its franchisees are wholly responsible for the treatment of their employees. Franchisees have sided with McDonald’s out of fear that a joint-employer status could increase the chances of lawsuits being filed if plaintiffs and lawyers take a shot at securing big payouts from the multibillion dollar global company. McDonald’s considers the issue so threatening that it has warned investors that a joint-employer ruling against it could adversely impact its finances.

“Litigation involving our relationship with franchisees and the legal distinction between our franchisees and us for employment law purposes, if determined adversely, could increase costs, negatively impact the business prospects of our franchisees and subject us to incremental liability for their actions,” McDonald’s warned in the risk factors section of its 2015 annual report.

In a separate case, a circuit court in D.C. is currently hearing whether the NLRB is correctly applying standards in determining joint-employer status established under a landmark NLRB ruling in 2015. The ruling, which involved a California waste-management company and an independent contractor, lowered the threshold for defining joint-employer status. If Trump and his Republican allies in the Senate were to fill the two current vacant seats at the NLRB, the board could attempt take back the case from the circuit court before it issues a decision, disrupting the process. The U.S. Court of Appeals for the District of Columbia is currently considering whether the NLRB is using a correct standard in determining whether two businesses can be considered joint employers. The board could petition to withdraw the case.

“There have been instances in the past, in the 1980s, where new board majorities sought to retrieve cases that were pending in the circuit court,” William Gould, a former NLRB chairman and professor emeritus at Stanford Law School, told Salon. “It’s possible that they could do that after they get board members in place.”

Even if a future Republican-controlled NLRB fails to unwind the court hearing, it could accept new cases and rule differently on them than the Obama-era board did, thus overturning past rulings, Gould added. The NLRB could also disrupt the current process of determining if McDonald’s is a joint employer.

One thing Trump and the Republicans can’t do right now is replace Richard Griffin, the NLRB's general counsel, who has past ties to labor unions and is the gatekeeper in determining which cases are brought before the board. Trump can’t fill that position until after November, when Griffin’s term ends. After that, Trump, with the approval of the Senate, could replace Griffin with someone who could make it more difficult to bring cases to the NLRB.

Gould said Trump’s nomination of Andrew Puzder, the chairman of the company that owns Hardee’s and Carl’s Jr., to head the Department of Labor shows the direction Trump will take with agencies responsible for enforcing fair labor conditions.

“The new president has selected a secretary of labor nominee who is hostile to labor regulations generally, and so I think once appointees are in place at these regulatory agencies we’ll see appointees who contain a similar philosophy,” Gould said.

That philosophy is expected to be considerably different than the one the U.S. had under Obama, a philosophy that could make it more difficult for the labor movement. McDonald’s must be “lovin’ it.”