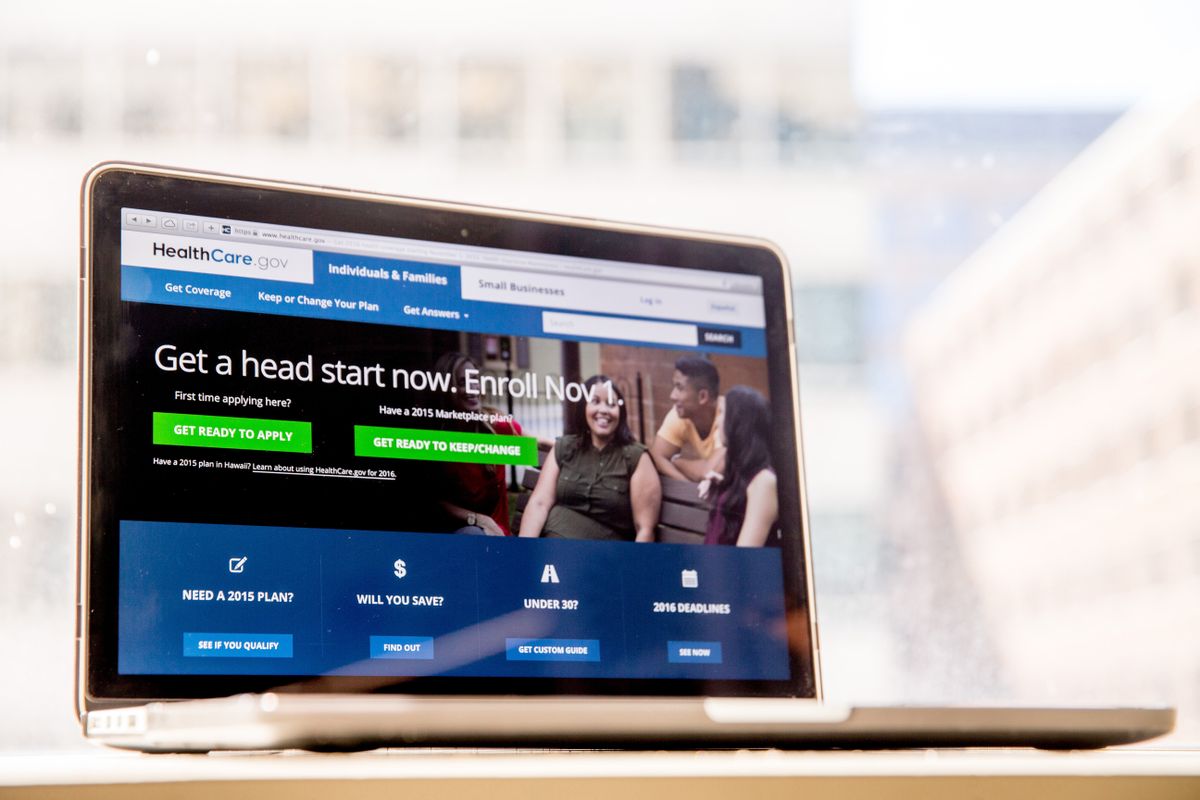 FILE - In this Oct. 6, 2015, file photo, the HealthCare.gov website, where people can buy health insurance, is displayed on a laptop screen in Washington. The nation’s progress in reducing the number of uninsured appears to have lost momentum this year, even as rising premiums and dwindling choice are reviving the political blame game over President Barack Obama’s health care law. The future of the Affordable Care Act hinges on the outcome of the presidential election, and it’s shaping up as a moment of truth for Republicans. (AP Photo/Andrew Harnik, File) (AP)
--

Donald Trump's first order of business as president was to sign an executive order instructing federal agencies to relieve the "burdens" of the Affordable Care Act. The vague language of the action left many wondering what implications this has for consumers, doctors, hospitals and insurers.

The primary purpose of the order appeared to be the elimination of the insurance mandate: This provision of the ACA requires all Americans to have health insurance or pay a tax penalty. The mandate was written into the law, however, so an executive order cannot exactly repeal that provision. But the law does empower the executive branch to enforce the penalties of the insurance requirement, so the order may have effectively neutered the mandate.

One health care expert who has been monitoring the ACA told The Washington Post that Trump's executive order was a "bomb" tossed into the "already shaky" insurance market.

Pennsylvania’s insurance commissioner, Teresa Miller, said on Saturday that Trump's action could compel insurers to abandon the market in 2018. "When I saw the executive order . . . all I kept thinking was this just creates more uncertainty and adds more instability to this market," she said.

Miller said insurers already "seriously considered leaving the market last year" in her state, so she did not see how this would help consumers keep their plans.

Following the executive order, the Trump administration could also give states the ability to reassess their Medicaid programs. As Los Angeles Times reporter Noam Levey noted, many Republican governors have sought a requirement that poor adults seek work while they receive Medicaid benefits.

A Trump ally told The Washington Post on Sunday that the executive order has applied pressure on GOP lawmakers to act faster than they might have initially planned.