Spiced-up narrative: If the Trump administration lies about something as insignificant as inauguration attendance, what else will it lie about?

We tried to warn Trump's supporters about his, and his administration's, blatant disregard for the truth 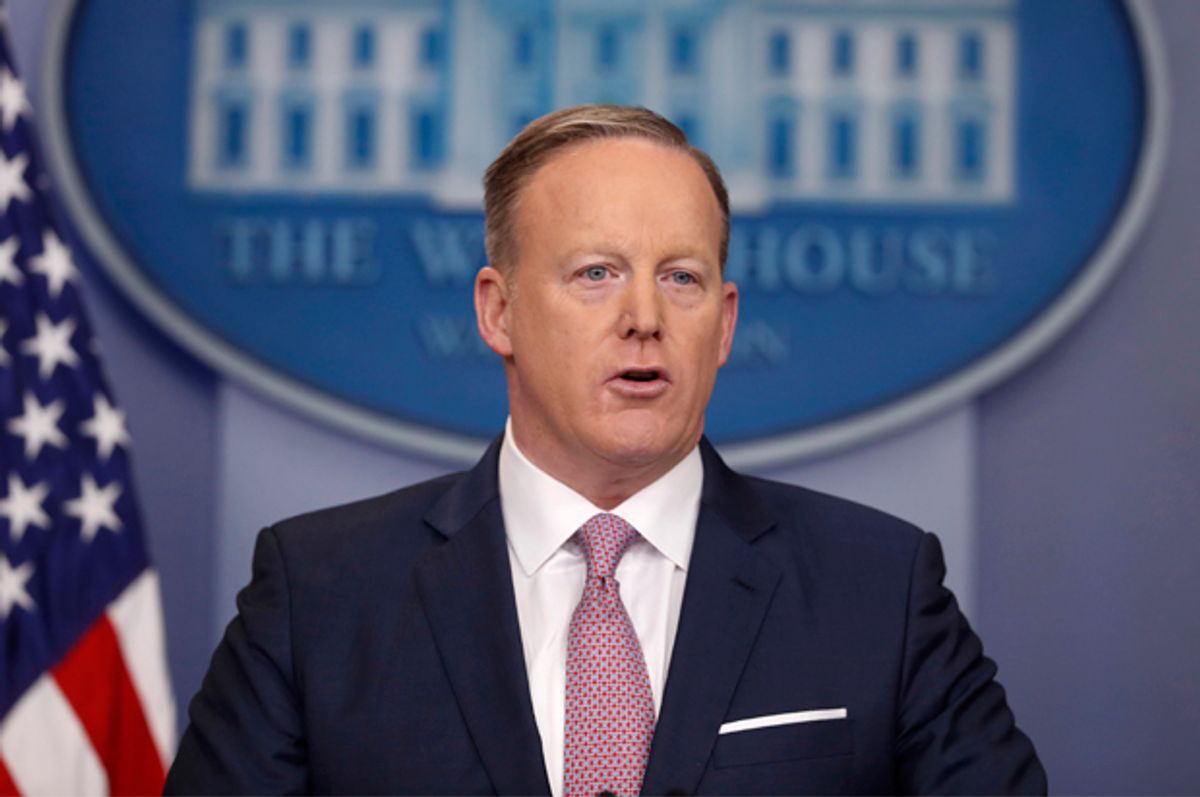 Aggressive and confident, with a straight face and firm stare, White House press secretary Sean Spicer looked squarely into the TV cameras on Saturday and said, "Photographs of the inaugural proceedings were intentionally framed in a way, in one particular tweet, to minimize the enormous support that had gathered on the National Mall.”

That was a lie. Even worse, it's one of those lies that don’t even matter — meaning that he lied just for the sport of it.

Why would anybody with a brain think that the election of a privileged white-orange guy who lost the popular vote by 3 million and caused a weekend full of protests against his illegitimate presidency could draw more people than the first African-American president who left office with almost a 60 percent approval rating? That doesn’t even sound realistic, but Spicer still found the need to lie about it.

This disregard for the truth is what liberals, the mainstream press and conservatives with common sense were trying to warn Trump supporters about before the election. I can imagine that those lessons got lost in the midst of the insults that flew back and forth during the campaign, but the warnings were everywhere.

Now, everything you disagree with can be shrugged off as "fake news." As I and other members of the media have reported on the flaws of Obama’s handling of race issues, Trump’s "Guinness Book of World Records"-level running list of scandals, Hillary Clinton's constant flip-flops and even Gary "Aleppo" Johnson, at times it can be difficult to drag your favorite politicians up and down the sidewalk.

But we have to do what’s right; we have to hold these people accountable — especially if, as Spicer signaled over the weekend, accountability to the truth isn't going to be a priority of this administration. The Trump team  apparently doesn't even think enough of the bottom 95 percent of Americans to be honest about a real image that was shown on multiple news stations' live coverage of Inauguration Day. Do live images lie?

I understand that Spicer doesn’t want to go against his boss' wishes, especially on the very first day, but flat-out lying to the American people, including Trump’s most loyal supporters, is just disgusting. Those supporters should now ask themselves one simple question, “If the Trump campaign is willing to lie about something as dumb as the attendance at his inauguration, then what else would it lie about?”

We know Trump lied about the reason why he wouldn't release his tax returns. Maybe next we'll realize he lied about those new factory jobs that he's supposed to be bringing to the U.S., the wall around our Mexican border that Mexico will pay for, and giving the power back to the people of this country (as if they ever had it). Maybe he’ll lie about our personal safety and the safety of our country, too.

Let's not forget that Trump is no stranger to fake news. He’s been lying and pushing false narratives since the '80s, back when he attacked an innocent group of children who became known as the Central Park Five.

Five young men of color were falsely arrested for assault and rape in Central Park. Some dirty members of the New York Police Department beat and harassed them into fake confessions that they retracted within weeks. Once they were convicted, Trump totally ignored the illegal tactics used by the NYPD and took out ads in New York's big four newspapers advocating for these innocent children to be put to death.

The five have since been released from prison and have been paid millions of dollars in restitution, a tab that was picked up by every hard worker in New York — except Donald Trump, unless he can prove he paid his taxes. To date, Trump has never apologized for what could have resulted in the deaths of five innocent people. He’s probably not going to apologize to his supporters either, once he breaks the promises that Spicer is ready to co-sign and co-lie, which will assure that America will never be great.