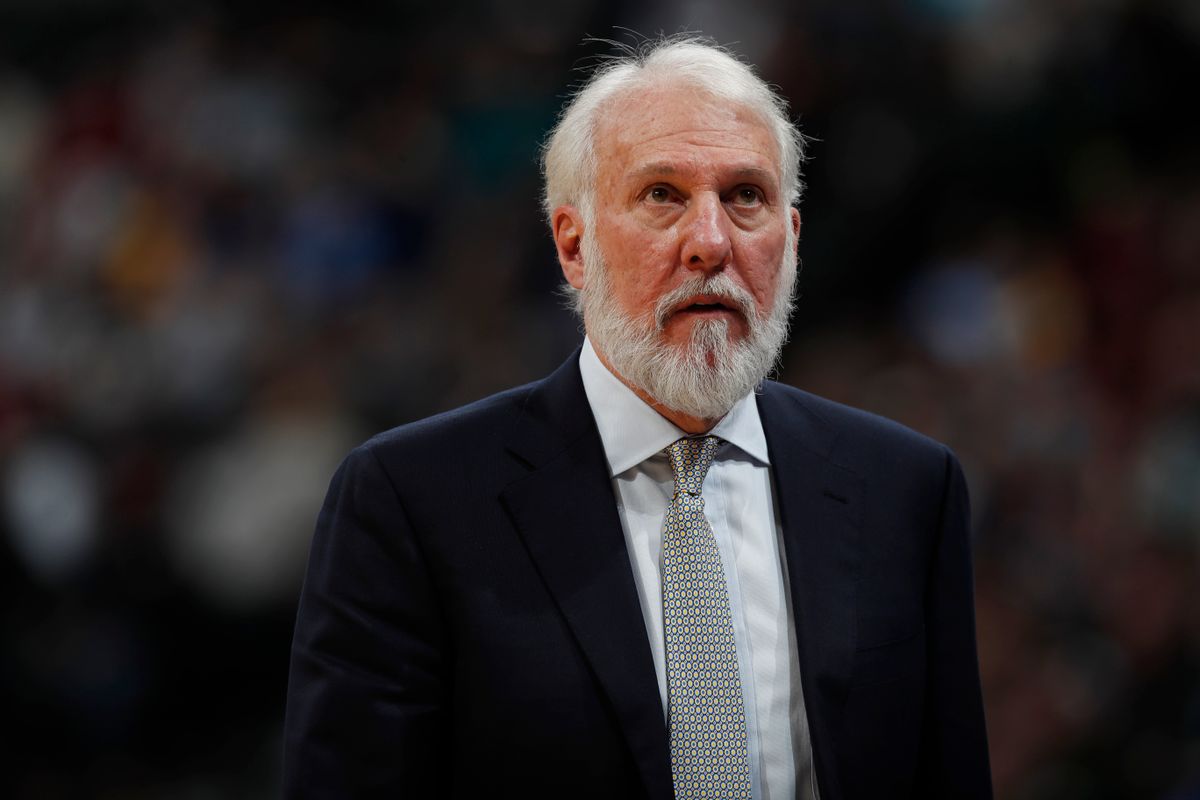 NBA coaching legend Gregg Popovich weighed in on President Donald Trump's first day in office while speaking to a group of reporters Saturday night before his San Antonio Spurs played the Cleveland Cavaliers. The future Hall of Fame coach didn't mince words for the new commander in chief, instead throwing his complete support behind the women's march and demonstrations of dissent.

"The march today was great. The message is important," Popovich said. "Somebody said on TV, 'What's their message?' Well, their message is obvious: that our president comes in with the lowest approval rating of anybody whoever came into the office, and there is a majority of people out there, since Hillary won the popular vote, that don't buy his act."

It was not the first time Popovich publicly shared his thoughts on Trump. Two days after the election, Popovich said he was "sick to his stomach" with the results, blasting the ugly tenor of Trump's campaign and the voters that ignored it.

Over the weekend, Popovich sounded like his previous concerns had been validated.

"We've got to a point where you really can't believe anything that comes out of his mouth," Popovich said, before recalling past lies Trump had uttered. "All those thousands that were on the rooftops after 9/11? There were like two. And, 'We went to Hawaii and checked Obama's birth certificate and investigators couldn't believe what they found?' There wasn't anything there."

Beyond Trump's untrustworthiness, Popovich suggested the new president has been divisive after channeling a "misogynistic" and "xenophobic" campaign. Popovich, who recently hired the first female assistant coach in NBA history, hoped Trump would do more to demonstrate a commitment to inclusivity.

"I just wish that he was more — had the ability to be more — mature enough to do something that really is inclusive rather than just talking and saying, 'I'm going to include everybody.' He could talk to the groups that he disrespected and maligned during the primary and really make somebody believe it," Popovich said.

While the harsh reality of Trump has set in for Popovich, he indicated that the turnout on Saturday for the women's marches was inspiring.

"But I felt great today watching the march in protest to how he has conducted himself, because it tells me, 'Hey, I really do live in a country where a whole lot of people care,' " Popovich said. "And we have to be vigilant to make sure that — although we all hope that he does good things for our country — that we don't get, you know, embarrassed by him, and roll back liberties that have been worked for so long in so many areas."

Listen to Popovich's comments about Trump below:

Audio is low, but here's the full interview of Greg Popovich on the Women's March & the outrageousness of Donald Trump.