Beyond the bread basket: Rural America has unique challenges

Rural America demanded a seat at the table in this election, and needs to focus on more than just farming 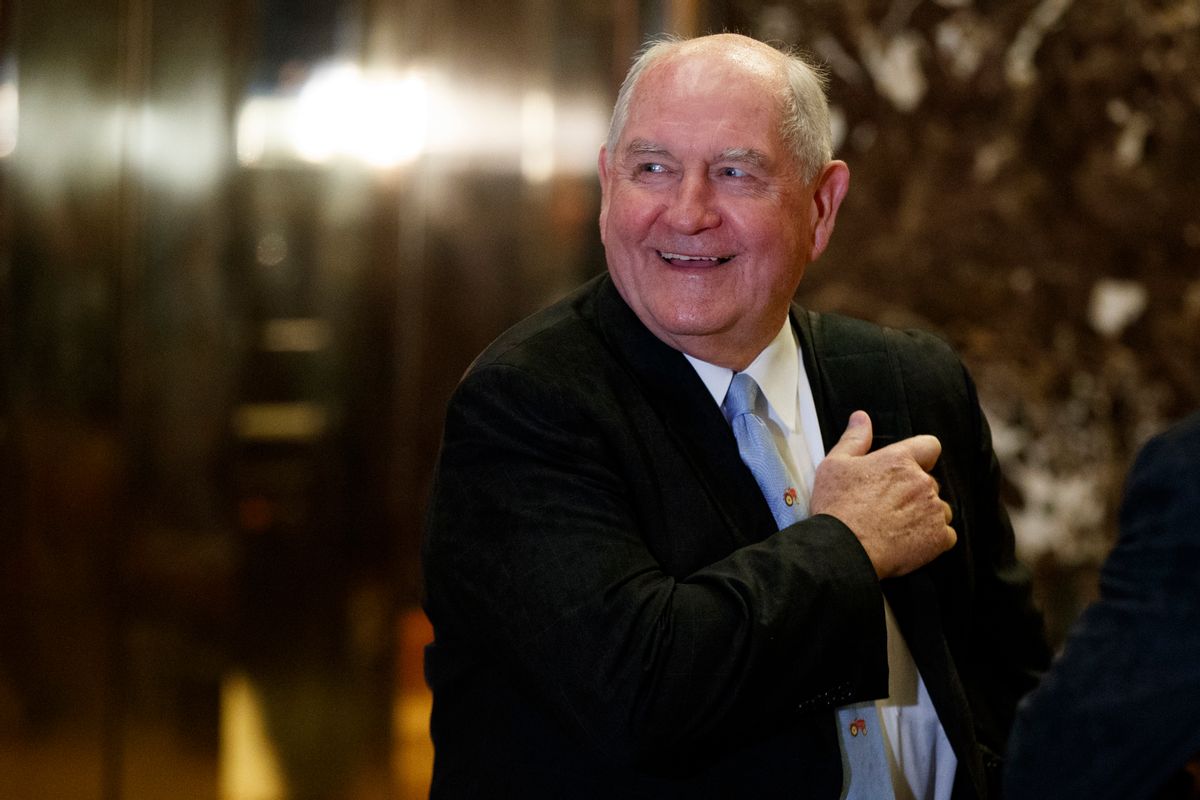 FILE- In this Nov. 30, 2016, file photo, former Georgia Gov. Sonny Perdue smiles as he waits for an elevator in the lobby of Trump Tower in New York. A person familiar with the decision says President-elect Donald Trump has chosen Perdue to serve as agriculture secretary. (AP Photo/Evan Vucci, File) (AP)
--

Many Americans may feel like this particular Cabinet nomination doesn’t impact their everyday lives, but that is a misconception. USDA is responsible for areas beyond agriculture, including food, nutrition and rural development.

Rural America is important to all Americans because it is a primary source for inexpensive and safe food, affordable energy, clean drinking water and accessible outdoor recreation.

Almost three-quarters of the United States is considered rural, but only 14 percent of the population lives there. As more people have moved away from rural areas, many have lost an understanding or appreciation of what rural communities contribute to the nation.

As an attorney who focuses on agriculture and food law and policies, I’d argue that these communities’ unique challenges are even more dimly understood.

Rural Americans voted in high numbers and helped propel President-elect Donald Trump to victory. Now, people in rural parts of the country are waiting to see if Trump’s promise to make America great again will include them.

Of course, the administration’s first challenge lies with figuring out what rural areas need. That’s a difficult task because there’s not just one “rural voice,” unified on all issues. Rural communities relying on recreation tourism may support increased environmental regulations while those relying on farming or manufacturing may be opposed. Farmers may support international trade agreements that open markets to crops, while those in manufacturing fear the loss of jobs. The concerns of rural West Virginia will not be the same as those of rural Wyoming.

In nominating Perdue to head the USDA, the key agency charged with supporting rural America, Trump has picked someone with strong agricultural and rural roots. Perdue has years of experience in the agriculture and trade sectors. As governor of Georgia, he oversaw a state in which 108 of 159 counties are designated rural because they have populations under 35,000.

The USDA is the nation’s sixth-largest federal agency. Most Americans know that the agency is responsible for agriculture, farming, livestock, forestry and natural resources. However, most of its budget supports numerous nutrition programs, including supplemental assistance (SNAP) and the school lunch program. It’s not a stretch to say the department’s programs touch every American.

Farming and agricultural production are obvious examples. Agriculture makes up approximately 6 percent of the overall economy and provides almost 10 percent of U.S. employment. U.S. agricultural exports are expected to reach more than US$130 billion in 2017.

The safety and low cost of the food that U.S. farmers provide is often taken for granted. Americans spend less of their income on food than any other country – just over 6 percent of household income. That compares to Canada – 9.2 percent, Germany – 10.22 percent, France – 13.3 percent and Italy – 14.2 percent.

But rural America is about more than farming. Rural communities are also the home of many of the country’s energy production resources, such as coal mining, renewable fuels like ethanol and biodiesel, wind and solar energy, and gas and oil production. Approximately 20 percent of the manufacturing industry is located in rural America.

Rural communities face real and unique challenges. While many of these same issues exist in cities, programs designed to work in urban areas often do not translate well to rural areas.

Substance abuse, for example, is just as common in rural areas as in cities, but rates among certain groups, like teenagers and the unemployed, are higher. Most recently the issue of rural opioid abuse has been of key governmental concern. Before leaving office, former USDA Secretary Tom Vilsack was leading an interagency initiative focused on finding ways to fight an increase in abuse and overdoses. This initiative recognized the hurdles of providing treatment in rural areas, including transportation, public funding shortfalls and high costs.

It’s also difficult to recruit professionals to rural areas, an issue that impacts health care services, education and the law.

Not only is attracting health care professionals to rural areas a challenge, but facilities, transportation, privacy concerns and access to specialists are major concerns. Access is a significant issue as rural Americans have higher numbers of chronic illness, including heart disease and diabetes. Rural youth commit suicide at twice the rate of urban teens, and access to mental health care is a significant problem.

Rural education also poses unique challenges. Student populations tend to be smaller. That translates to less funding. Rural schools are seeing a need for increased support related to early childhood development and education to provide needed programs, and recognition of unique problems they face. Rural children are less prepared for school than urban kids, in part due to lack of early education programs, and lower income and education levels of parents.

Not having a local attorney available impacts the ability to build a defense if charged with a crime or handle issues like child custody disputes, divorce or preparing a will. Local attorneys also play a role in community development and civic organizations.

By some measures, parts of rural American have seen improvement over the past few years.

Vilsack and the Obama administration successfully created programs and directed millions of dollars to rural development. An annual USDA survey indicated that in 2016 rural unemployment decreased, fewer rural Americans lived in poverty, rural incomes rose, populations were steady and the number of children without access to sufficient food was at an all-time low.

Yet even with these improvements, the election results indicate that rural Americans still feel underrepresented and unhappy with the federal government.

Many in rural areas want the government to look at trade, health, tax, commerce, environmental, education, labor, immigration and other policies and ask, “How does this impact or improve rural America?” For example, many rural Americans believe they were overlooked when considering the impact of international trade agreements. They argue that is what caused rural areas to lose 25 percent of their manufacturing jobs in the 2000s.

What rural America demanded with this election is a seat at the table. Getting one may be a challenge considering approximately 80 percent of elected officials do not represent rural areas. What they and the new president need to understand is that strong rural communities benefit us all.