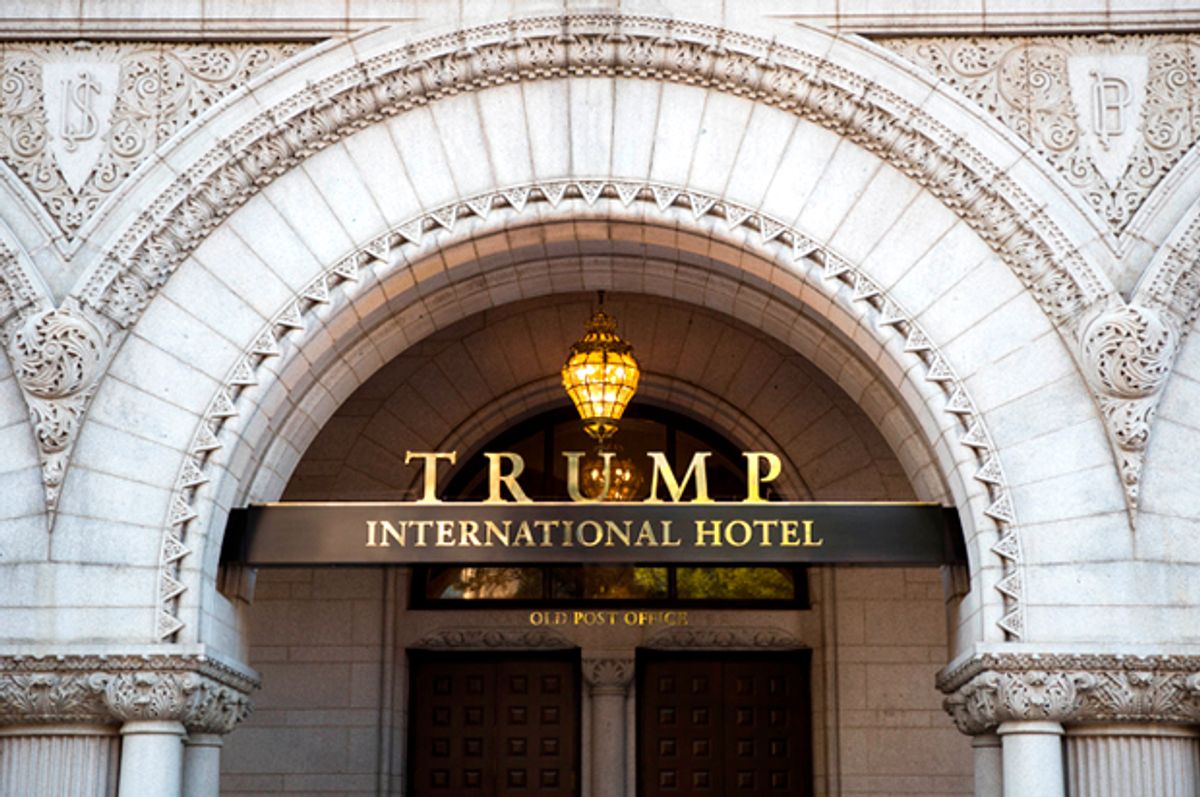 Documents produced by the General Services Administration, the agency that leases the Old Post Office on Pennsylvania Avenue to the Trump Organization, show that the president's newest crown jewel actually lost money — a total of $1.1 million — in its first two months of operation.

On Monday, House Democrats expressed concern in a letter about President Donald Trump's apparent breach of the Old Post Office lease agreement, which precludes government officials from entering into a contract. Ethics experts have also pointed to the lease as a possible violation of the Emoluments Clause, which is a constitutional provision that prohibits the president from receiving foreign payments, such as foreign emissaries booking a hotel room.

But the most damning tidbit from the Democrats' letter was that President Trump's project is lagging behind expectations. The letter notes that the Trump Organization "has reported receiving millions of dollars less in revenue than its own officials projected in the first two months operating the hotel."

The Democrats did not accuse Trump of any impropriety, but they did complain that the documents they reviewed did not "explain why income levels were so far below the company's own projections."

Early last year, before the hotel was finished and before Trump became the Republican nominee, the presidential hopeful at the time claimed that his new property was going to be "one of the truly great hotels in the world."