A conservative view: The Women's March was impressive and can't be ignored — it also featured some hypocrisy 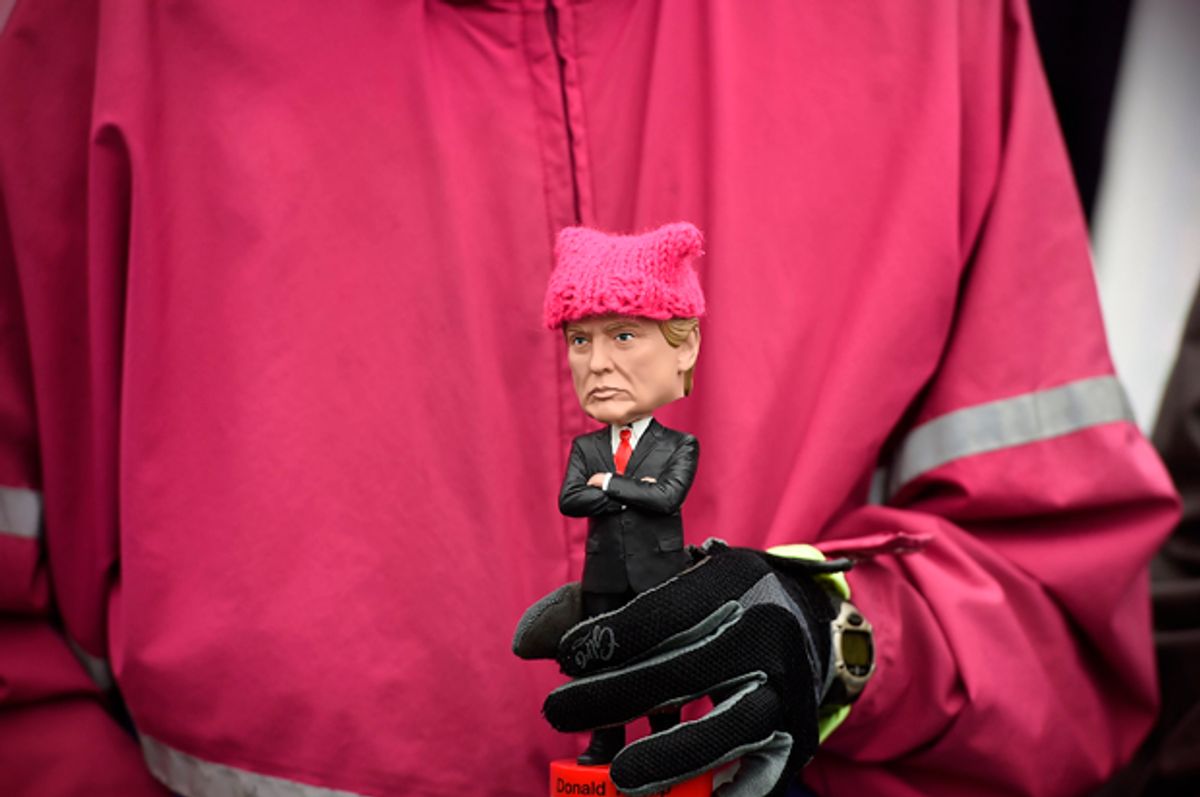 The Women’s March on Washington was impressive by its sheer magnitude, and it should not be scorned or overlooked, especially by Republicans. Perhaps it was Kellyanne Conway, with deep expertise in connecting with women, who helped craft President Donald Trump’s second tweet on the matter: “Peaceful protests are a hallmark of our democracy. Even if I don't always agree, I recognize the rights of people to express their views.”

That’s the right approach for the GOP if it wants to build on recent electoral victories. As my friend Evan Siegfried wrote in The New York Times, the marches across the country that gathered at least 2.6 million people have the potential to swell into something much greater, just as the Tea Party did in the wake of the Wall Street bailouts at the creation of Obamacare:

Democrats responded to Tea Party supporters by mocking them, dismissing them and even belittling them. The left said that the Tea Party demonstrators were bitter, uninformed, even ignorant. No effort was made to work with them, and when their ranks began to swell, Democrats called them crazy extremists. This type of talk only fanned the flames of dissent, and the Tea Party thrived. It grew in size and strength, becoming a major grassroots movement. The results were three catastrophic congressional elections for the Democrats, in 2010, 2014 and 2016.

Yet before the marchers themselves retreat into their urban enclaves, perhaps they should also consider they aren’t doing enough to empathize with Trump voters and understand them in order to have true ideological diversity and not just political business as usual. Marchers pleading for a diverse country too often hypocritically shun and marginalize those who don’t share their political beliefs. The profound irony of many marchers’ militant intolerance — in marches meant to cultivate tolerance — would be hilarious if the stakes weren't so high.

One girl in Iowa reported that her father feared his daughter attending school in a Make America Great Again hat; ironically, she was bullied, mocked and dehumanized by another girl, a Muslim, wearing another head covering, a hijab. This is not such an isolated example; college students and administrators often shut out dissenting political views, both from the classroom and the ceremonial podium. Safe spaces have replaced critical thought and rigorous debate.

For all the histrionics from both sides — on the campaign trail, candidate Trump was incredibly offensive and demeaning toward women — the reality is that this march doesn’t symbolize a monumental shift in female worldview. In the general election, among women, the electorate favored Hillary Clinton over Trump, with 54 percent of female voters going for the Democrat compared with 42 percent of them selecting the Republican. How many marchers have noticed that that this was about the same as the Democratic advantage among women in 2012 and 2008, when Barack Obama won 55 percent and 56 percent of the female vote, respectively?

Then there is the educational elitism reflected among the march demographic. College graduates backed Hillary Clinton (52 percent) over Trump (43 percent) while those without a college degree backed Trump by almost exactly the same margin, 52 percent to 44 percent. Yet Pew reported that this is by far the widest gap in support between college graduates and nongraduates found in exit polls since 1980. Many marchers don’t seem to understand that the intolerance of rich urban liberals, both among the mainstream media and in a broader context, is in part what helped create President Trump.

They don't seem to grasp the problems of rural America. For example, as the Centers for Disease Control and Prevention have reported, teen births in the United States hit an all-time low in 2015 but rural America experienced a smaller decline than urban areas. Harvard researchers have found that unmarried parenting is the strongest variable holding back class mobility; it's no wonder rural girls and women feel like they're falling further behind. Yet these women don't necessarily want abortions. They need better options that match their goals, and the current feminist academy cannot speak for them or to them.

Protest signs supporting the most expansive version of abortion rights also aren't reflective of most Americans. Gallup polling has suggested that the American public is very split on abortion generally, and that almost 70 percent want at least some restrictions on abortion. Just 29 percent say they want unrestricted abortion access. As Conway pointed out in 2015, three Republican female U.S. Senators were pro-life and three were pro-choice. Yet there were zero pro-life female Democrats in the Senate. Again, who truly allows for diversity? It's no wonder the protesters shut out pro-life feminists from their ranks, and some brave pro-lifers who did attend were reportedly verbally abused and spit upon, and their signs torn.

Some feminists have condemned the anger and vitriol of speakers like Madonna and Ashley Judd (who spoke at an Inauguration Day event co-sponsored by my media organization, Bold), saying they don't represent these millions of marchers. Some also argue that given the Trump campaign's toxic rhetoric, the anger is justified by responding in kind through offensive slogans and signage. But if the anger from the protesters is equivalent to the venom of campaign Trump, then the marchers forfeit any right to moral high ground. If campaign Trump went low, did these women go lower?

In the past weeks, since winning the election, Trump's rhetoric has cooled somewhat as the realities of governing have begun to sink in. The question now is whether the new president can maintain his cool and also if these protesters can do more than march. Do they understand that those who are easily offended are also easily manipulated?