"Who’s laughing now?” Seth Meyers, writers of 2011 WCHA Dinner wonder if they are to blame for President Trump 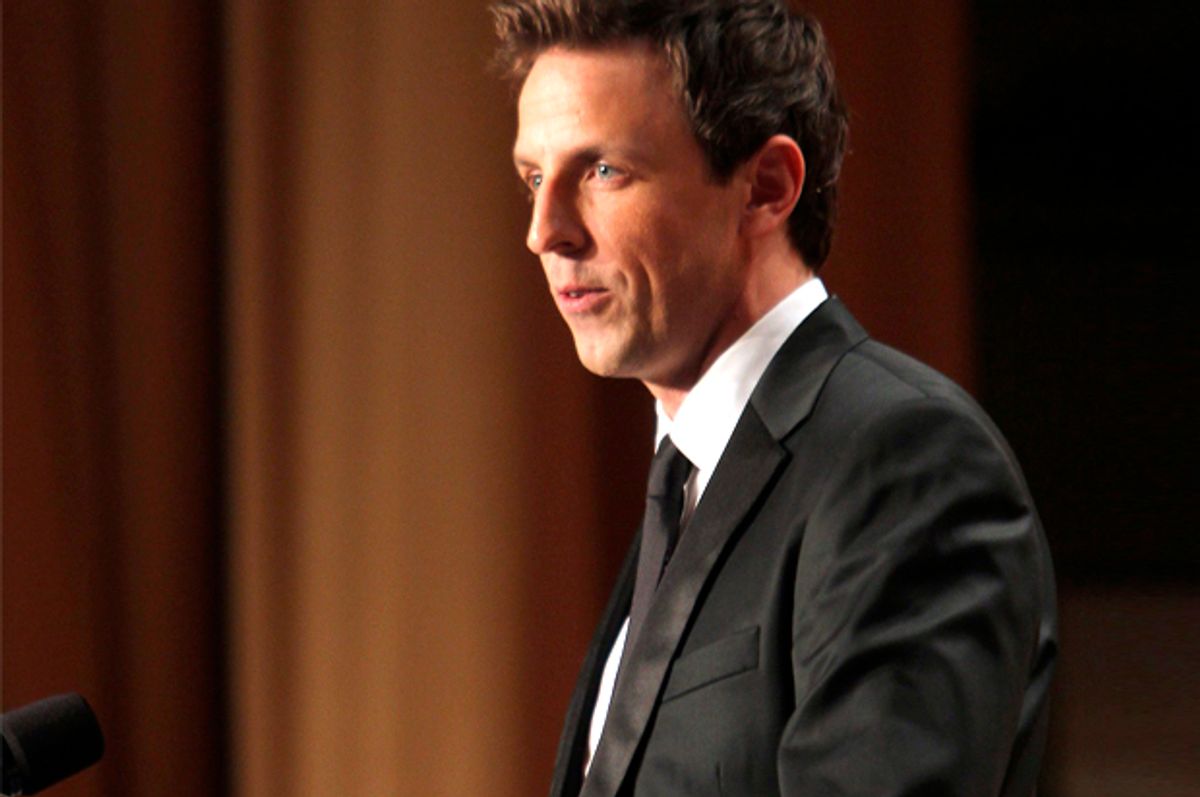 In Barack Obama's last interview as president, one of his former speechwriters asked if he felt in anyway responsible for Donald Trump's presidential run after "eviscerating" the former real estate mogul in a speech at the 2011 White House Correspondence Dinner.

Indeed, it was a rough night for President Trump, as Obama and keynote speaker Seth Meyers — now the host of NBC's "Late Night" — mercilessly roasted the man who was, at the time, mulling a bid for the Republican nominee.

Meyers had the opportunity to sit down with the Obama speechwriters who contributed to the flame throwing aimed at Trump that fateful April night.

"What a funny night," Jon Lovett, who wrote jokes for the Obama White House, said on his new podcast, "Pod Save America."

"Trump fans have said to me, 'Whose laughing now?' And to that, I say: 'Still us,' " Meyers said. "He doesn't laugh. So, he won, yes, but I think laughing is the wrong thing to put on him," Meyers said.

Jon Favreau, Obama's chief speechwriter during his first term in office, noted that PBS aired a special in which Omarosa Manigault, a former "Apprentice" contestant who now works in the Trump administration, said that the 2011 White House Correspondence Dinner was the genesis for Trump's presidential bid, that it provided the ultimate motivation for revenge.

"She is a serial lier, so. . ." Tommy Vietor, a former Obama spokesman and co-founder of Crooked Media, said in response to that theory.

"I think he's moved on," Meyers said. "Although, I guess the book on him would be that he has an incredibly long memory for vengeance."

Listen to the discussion below, courtesy of Crooked Media:

And if you want a second look at the infamous night, here's the 2011 White House Correspondents Dinner: