Women's March participants' next steps: From 100 days of action to the return of "The Resurgent Left" 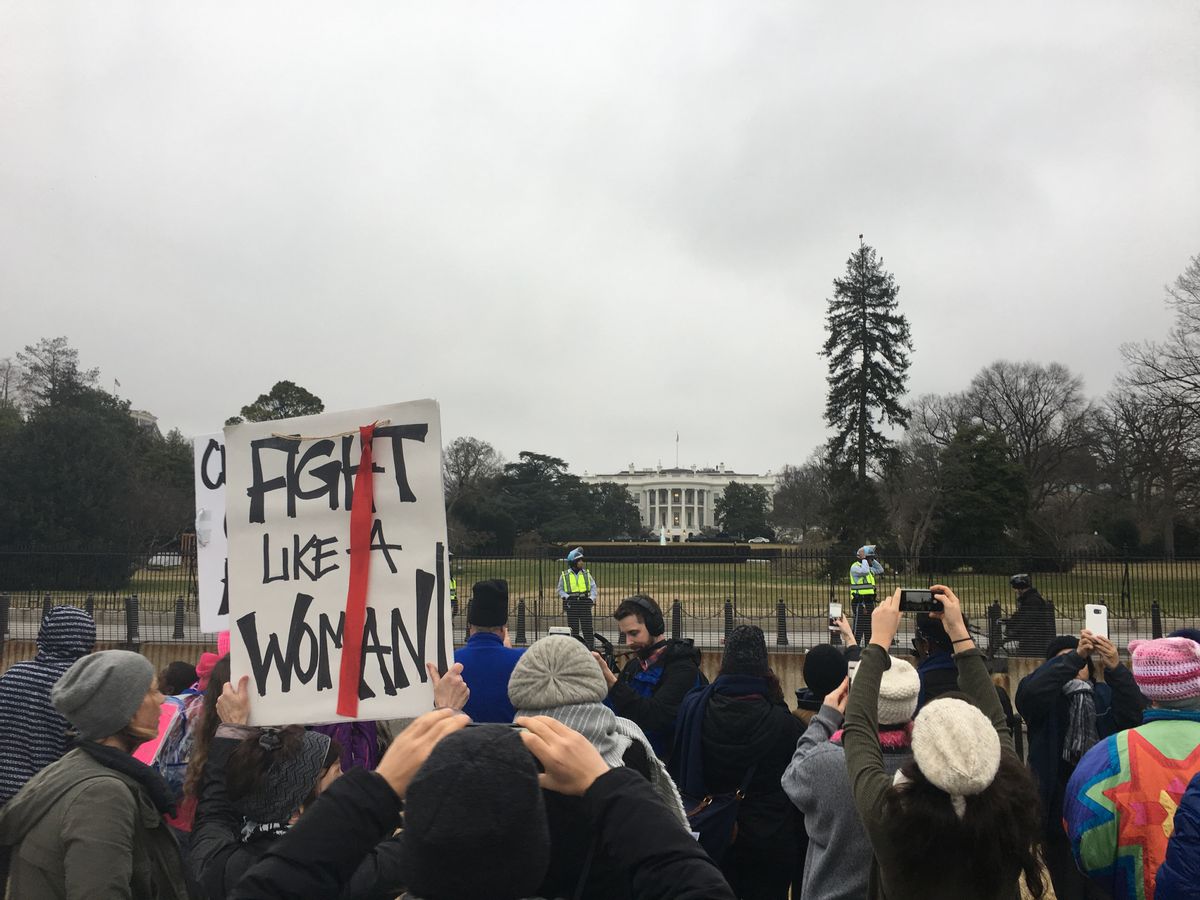 By now you've surely seen the stunning images of upwards of 3 million people in all 50 states and around the world protesting the day after Donald Trump's inauguration in what was dubbed the Women's March. But as the newly-elected president went on to rescind funding for family planning around the world and went after the Affordable Care Act with his first executive action, several people were left asking: What can we do besides protest?

“I’m sure I’m not the only one thinking, ‘Hmm, maybe I could run for political office,’” Gari Ann Dunn, who traveled to Washington, D.C. from Cincinnati for the march Saturday, said.

Adrianne James, 45, echoed the sentiment. “We need to vote, we need to get people to the polls, we need to get ready for 2018,” she said, adding, “We aren’t just going to tweet about it."

Activists point to Trump's first days in office, and worry that his presidency will be a historic disaster for the working class. If Democrats mobilize, they'll have a tremendous opportunity in 2018. But how can the grassroots group that mobilized so swiftly after his election, be engaged to oppose Trump's agenda and back progressive legislation in a meaningful way?

For starters, the organizers behind the Women's March on Washington launched the 10 Actions campaign Sunday aimed at turning the momentum of the march into real action.

"Thank you to the millions of people around the world who, on Jan. 21, came together to raise our voices," the Women's March official website now reads. "But our march forward does not end here. Now is the time to get our friends, family and community together and make history."

The campaign's first action calls on folks to write to their senators about an issue (or issues) they care about using an official Women's March postcard.

A suggested new form of political activism is sent to subscribers every 10 days. By splitting up the 100-day-long campaign into just 10 increments, the campaign is making its goals more accessible while keeping marchers engaged on a weekly basis.

The theme of the first 100 days of the new administration has also been co-opted by filmmaker Michael Moore, who is encouraging 100 days of resistance to Trump. If you sign up, you'll get alerts about peaceful acts of protest and resistance against Trump's and the Republican majority's agenda.

Don't have too much to devote to head down to your local protest? Two hours a week has a compiled a list of more than 50 action items that take less than two hours a week to complete. The website emails subscribers updates on the latest policy developments from the Trump White House along with small suggested steps of action.

Weekly engagement too much of a commitment? Women's Guard helps facilitate a one-day-per-month act of public demonstration at a protest of your choice.

For those seeking even more immediate action, Call Them In is a new email subscription service that emails tailored scripts and contact information for subscribers to lobby members of Congress on specific legislation, or like this week, on Trump's Cabinet nominee confirmations. Call Them In is focused specifically on phone calls to Senators to pressure a 60-vote majority on controversial legislation pushed by Trump.

"We will provide all the tools young people need to contact their elected officials so that a growing constituency eager to communicate their views will be heard loud and clear," Bella Pori, cofounder of Call Them In, explained in a press release.

If you are going to go the route of directly contacting your elected representatives and need a little bit more guidance than a script, a group of former congressional staffers compiled this practical guide of best practices to effect change. The former Democratic staffers essentially rely on the successful example of the Tea Party as a model for action.

Immediate lobbying to stop the Trump agenda in its first 100 days is one strategy, but what about elections? Swing Left is an organization that is already gearing up for the next big election in 2018. Swing Left's website identifies swing districts, or "places where the winner of the last House of Representatives election was determined by a thin margin." The goal is to take back control of the House from Republicans in the midterms.

For those who live in blue districts, don't despair. If you live outside a swing district, Swing Left will send you ways to help from afar with jut one email on how to fundraise for or donate to local progressive candidates or join a phone bank a week.

If you are looking for a much more ambitious endeavor than flipping the Republican-led Congress, the Resurgent Left is looking to rebuild the Democratic Party.

While Barack Obama served as the leader of the nation, his party saw its near decimation on the state level. More than 900 Democratic state legislators lost their seats under Obama's leadership. Now the Resurgent Left is ready to win them back.

As the group of progressives frustrated by the election of Trump note on their website, Republicans currently control all three branches of the Federal government, 66 out of 100 state legislative chambers, and 33 out of 50 governorships. They do not control a single state legislature in the South. In the last election, Democrats only won eight of the 32 congressional seats they targeted in Michigan, North Carolina, Pennsylvania, Florida, Ohio, and Wisconsin on November 8, 2016. They lost governor’s mansions they previously occupied.

Starting with the statehouses in North Carolina and Virginia in 2017, as well as the governor's race to replace Chris Christie in New Jersey, the Resurgent Left hopes to flip state legislatures blue across the United States.

Following one of President Obama's reported post-presidency goals, the Resurgent Left also seeks to tackle the issues of redistricting and gerrymandering.

Director Kipp Mueller told Salon that without major reform around how districts are drawn and legislator are elected, the chances of Democrats rebuilding the party into one that is strong at both the federal and local levels is difficult. Mueller pointed to Michigan, where Republicans consistently win majorities in both houses, despite the fact that Democrats consistently win the popular vote, to illustrate the damage gerrymandering has wreaked on the Democratic Party, specifically, and U.S. democracy, more generally.

"It is undemocratic," Mueller insisted.

Watch the Resurgent Left's kick off video below: