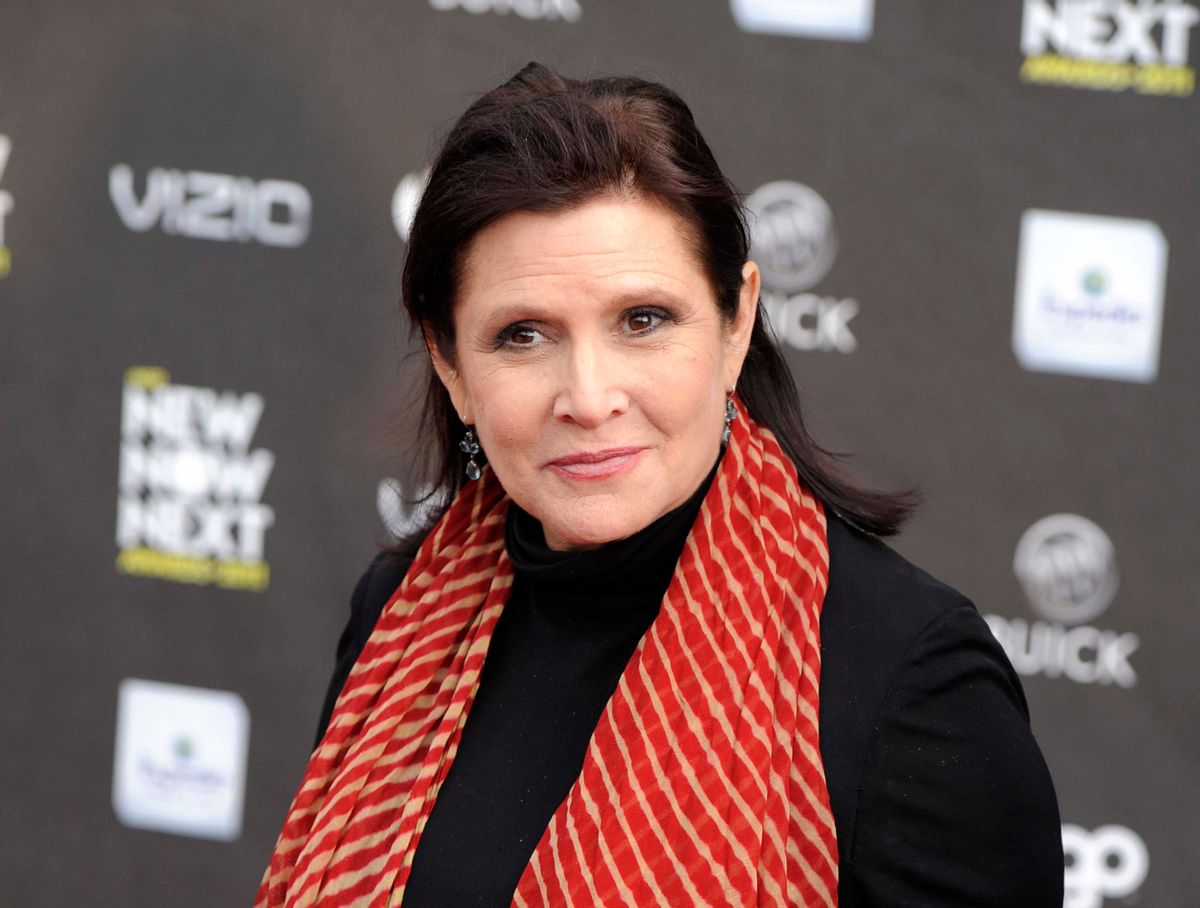 FILE - This April 7, 2011 file photo shows Carrie Fisher at the 2011 NewNowNext Awards in Los Angeles. After months of carefully guarded secrecy and endless Internet speculation, the cast of the latest incarnation of the space epic, "Star Wars: Episode VII," was unveiled Tuesday, April 29, 2014, on the official "Star Wars" website by Lucasfilm and the Walt Disney Co. The "Episode VII" cast is a mix of fresh faces, up-and-comers and established names, including veterans Harrison Ford, Mark Hamill and Fisher. (AP Photo/Chris Pizzello, file) (AP)
--

Before 2016 could fade away into record as one of the most devastating years in history for celebrity deaths, actress, writer and mental health advocate Carrie Fisher passed away at age 60. Devastation and fond remembrances peppered social media in the wake of her death, as well as tributes to her influence.

In the March 2017 issue of London’s Empire magazine, colleague and former fiancée Dan Aykroyd penned a tribute to Fisher. The two met when Fisher hosted “Saturday Night Live” in 1978 and they fell in love on the set of “Blues Brothers.”

“I grew up as a simple Catholic kid from a government family in Hull, Quebec, so you can imagine how much of a privilege and honour it was for me to have known this one-off, broke-the-mould woman as a great friend,” Aykroyd wrote.
Aykroyd wrote of their “laugh-filled exhilaration and a vibrant, wholly satisfying physical intimacy,” but also of Fisher’s humanity and humor. "Carrie embraced my friends and I was embraced in warmly human and Hollywood-glamorous emotional comfort, elegance and excitement," he continued, calling fisher “one of the most brilliant and hilarious minds of our eon.”

After they broke off their engagement, Aykroyd and Fisher remained friends. “Carrie wasn’t shallow, we had a great time. She was also in love with Paul Simon. She married him but I hope she kept my ring.”

"Our beautiful brilliant funny wise kind and generous Blues Sister -so ironic - Xmas was Carrie's favorite thing next to babies."