In an attempt to preempt a nuclear war, Democrats tried to transfer powers away from the president 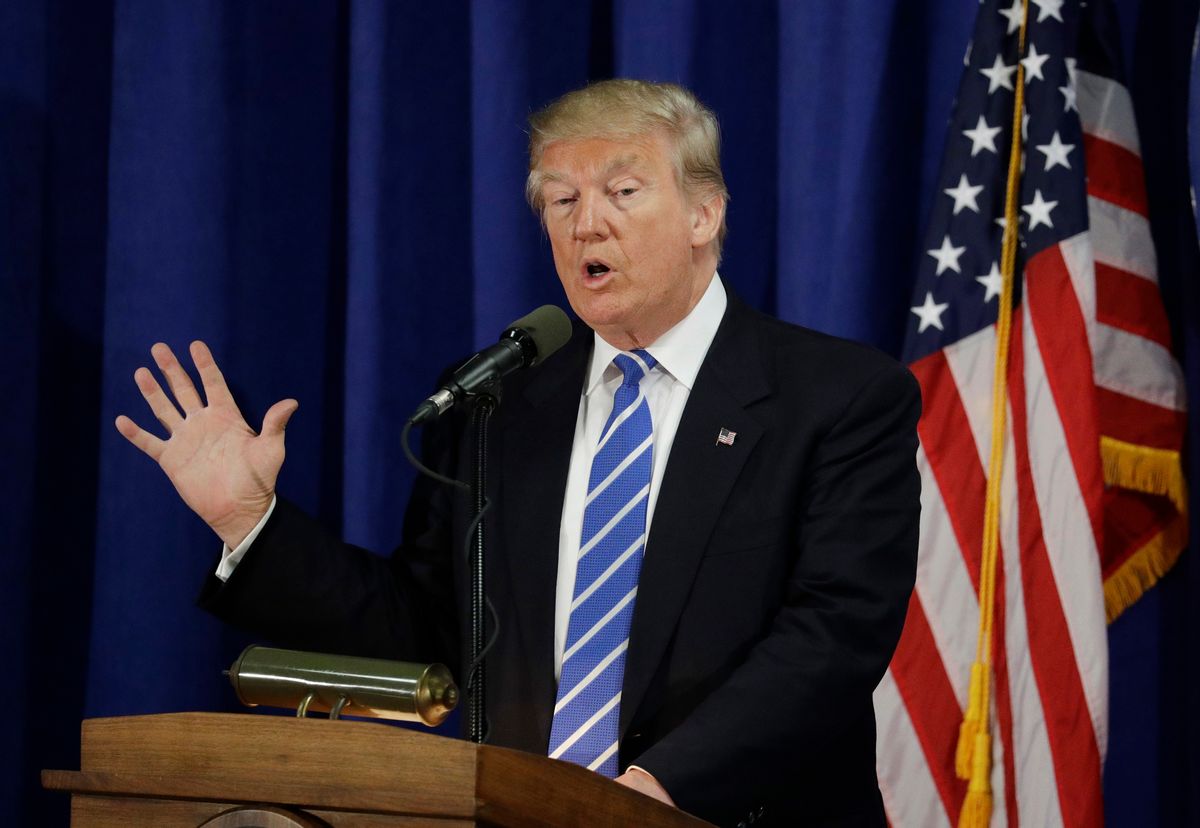 Republican presidential candidate Donald Trump speaks at the Polish National Alliance, Wednesday, Sept. 28, 2016, in Chicago. Trump’s ambiguous answer to a debate question on nuclear restraint raised doubts about his understanding of the issue. On the other hand, his words actually mirror the nub of a policy argument inside the Obama administration. (AP Photo/John Locher) (AP)
--

As President Donald Trump assumes control of the U.S. nuclear arsenal, Democratic lawmakers have introduced a bill in both chambers that would entrust Congress with the power to launch a nuclear first strike. Massachusetts Sen. Ed Markey and Califonria Rep. Ted Lieu sponsored legislation on Tuesday that would limit Trump's command over the arsenal, citing the president's ignorance in nuclear weapons, and his flippant attitude towards using them, as causes for concern.

“Nuclear war poses the gravest risk to human survival,” Markey said in a statement. “Yet, President Trump has suggested that he would consider launching nuclear attacks against terrorists. Unfortunately, by maintaining the option of using nuclear weapons first in a conflict, U.S. policy provides him with that power.”

Current U.S. policy dictates that the U.S. can use a nuclear weapon first, even against a non-nuclear nation. Disarmament advocates had hoped that President Barack Obama would curtail reliance on U.S. nuclear forces when he was in office, but nuclear-weapons strategies proposed under his administration only modestly restricted the powers of the president.

Now Democrats are scrambling to find a way to keep Trump from the nuclear arsenal.

"It is a frightening reality that the U.S. now has a Commander-in-Chief who has demonstrated ignorance of the nuclear triad, stated his desire to be ‘unpredictable’ with nuclear weapons, and as President-elect was making sweeping statements about U.S. nuclear policy over Twitter,” Rep. Lieu said. "Congress must act to preserve global stability by restricting the circumstances under which the U.S. would be the first nation to use a nuclear weapon."