In a couple of tweets Wednesday morning, Trump revealed he truly believes in mass voter fraud against him 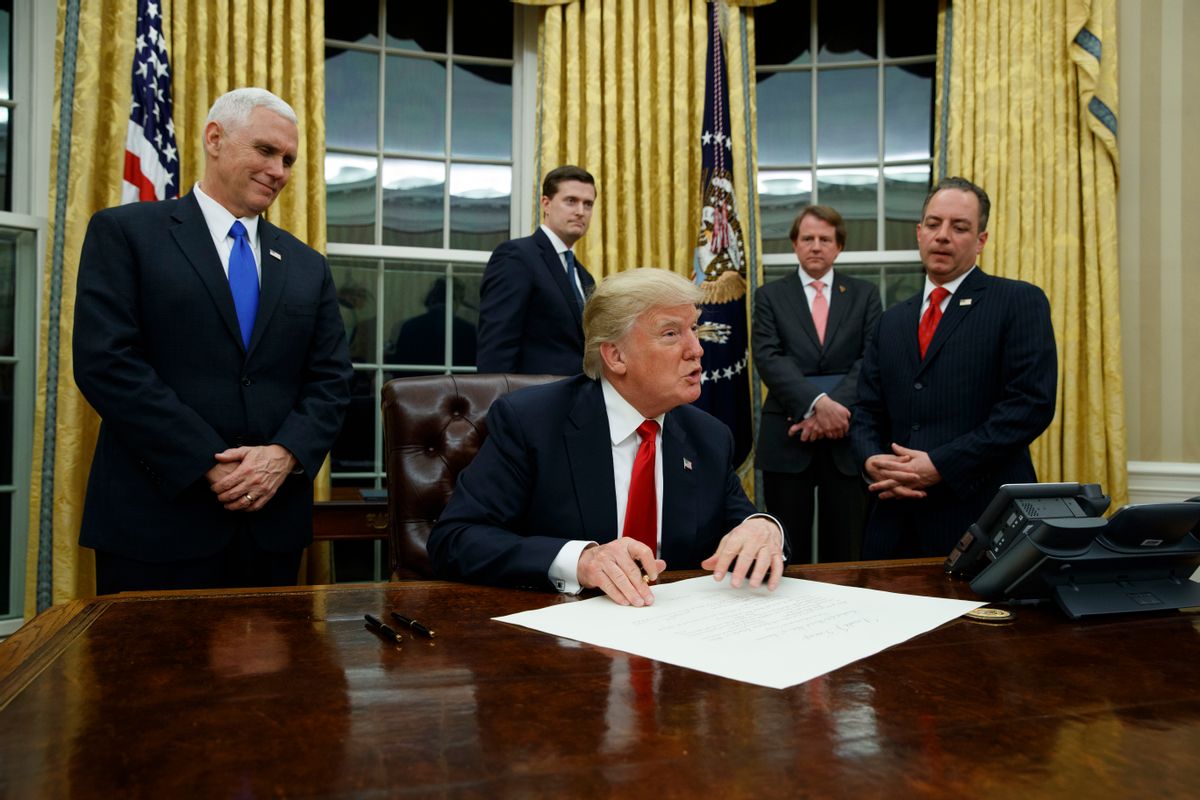 For months, Donald Trump peddled a conspiracy theory that claimed millions of votes were illegally cast against him. Now, as president, he will ask for a "major investigation" into "VOTER FRAUD" (his capitalizations) to determine whether his administration needs to "strengthen up voting procedures," he announced on Twitter through a series of tweets early Wednesday morning.

I will be asking for a major investigation into VOTER FRAUD, including those registered to vote in two states, those who are illegal and....

even, those registered to vote who are dead (and many for a long time). Depending on results, we will strengthen up voting procedures!

In the past, as recently as Monday, Trump has alleged that between 3 million and 5 million unauthorized immigrants voted for Democratic nominee Hillary Clinton, causing him to lose the the popular vote. There is no fact-based evidence to support these claims. On Wednesday, Trump seemed to indicate that his upcoming investigation will not target actual voter fraud per se, but will focus on duplicate names on voter registry lists.

Outdated voter registrations, which appear to make up the scope of the investigation, are a common occurrence, but they in no way prove any voter fraud resulted. Out of date registration records occur because people move, or passed away. For some, this announced investigation was just a "false flag" from Republicans who are hoping to suppress the vote.

These allegations are basically a false flag so Republicans can engage in even more voter suppression https://t.co/u4Y180CoRW

Though the Trump team has promoted "alternative facts" whenever it conveniences them, in 2016, Trump's legal team asserted that the election was "not tainted by fraud" as Green Party candidate Jill Stein pushed for a recount in major states.