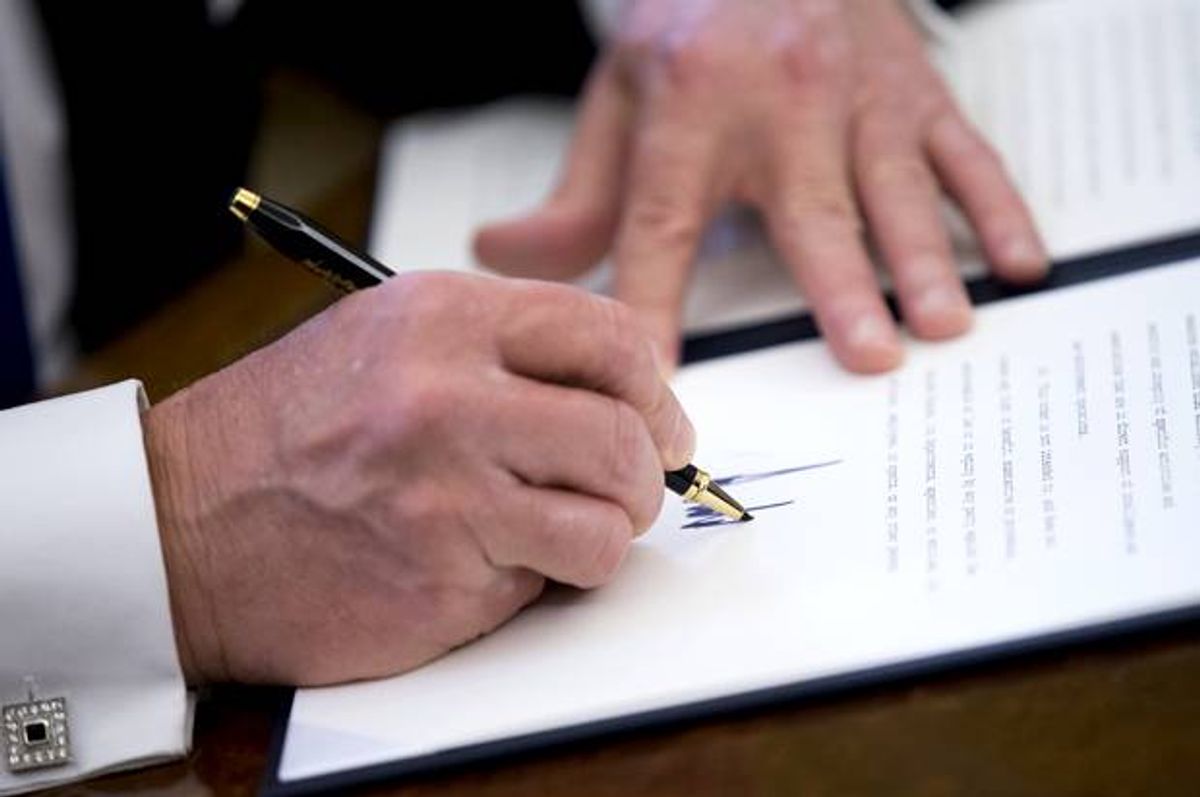 On Monday, President Trump signed an executive order freezing federal hiring in almost every area of the government — military, public safety and public health exempted. This is a win for taxpayers and a much-needed rebuke to the many bureaucrats and lobbyists enriching themselves off government cronyism. I hope that state and local government leaders are emboldened to follow Trump’s lead.

Trump was elected on a promise to "drain the swamp." That would seem to include the top four richest counties in the United States, all of which are in the Washington suburbs, according to U.S. Census Bureau data measuring median household income. Among the top 20 wealthiest American counties by that standard, nine are in the D.C. metropolitan area.

As my colleague Matthew Rozsa reports, Trump's move has drawn howls from union bosses. If you can judge a man by his enemies, then Trump is on solid footing to score wins not just for hardworking, business-owning taxpayers, but also for the working class.

Read more of Carrie Sheffield's piece and vote above.