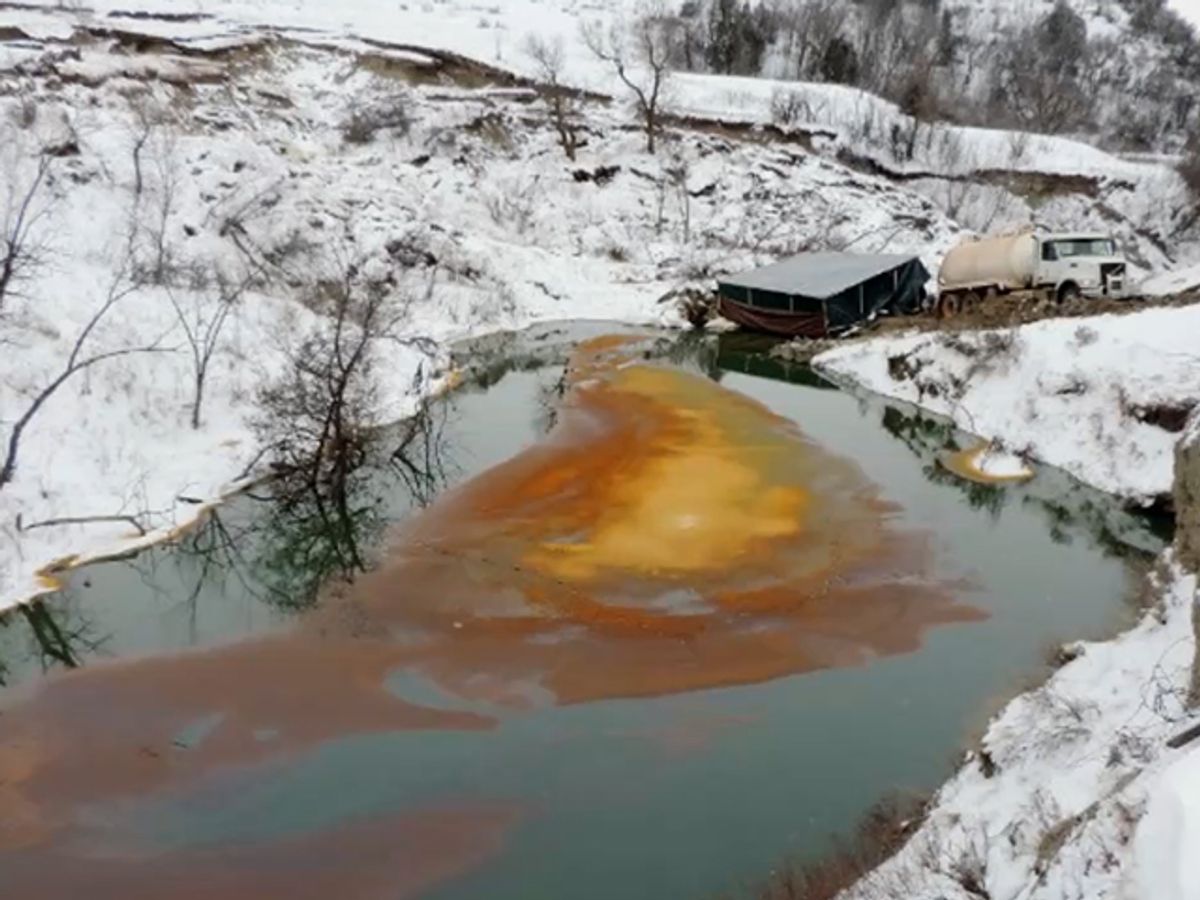 President Trump signed executive orders on Tuesday that will seek to push forward the construction of both the Keystone XL and Dakota Access Pipelines. The projects have unleashed massive public opposition and nationwide protests.

The president also has numerous conflicts of interest regarding the Dakota Access Pipeline. One being that he holds stock shares in Energy Transfer Partners, the parent company of Dakota Access. Back in November, campaign spokeswoman Hope Hicks, said that Trump had sold his final shares. However, there are currently no documents made public by the Trump administration that are able to back this claim.

But it doesn't end there. Trump's nominee Rick Perry will soon likely head the Department of Energy. Perry is a board member for Energy Transfer Partners and even received a $6 million campaign donation from the CEO, Kelcy Warren. President Trump also received over $100,000 in donations from Warren.

Back in December, the Army Corps of Engineers denied the final permit needed for the Dakota Access Pipeline, stating an environmental impact statement would be the best option, and would help evaluate alternative routes for the pipeline. This is necessary, because a proper environmental study never occurred in the first place, but would take around 6-18 months. The original environmental assessment was conducted by the pipeline developer, Dakota Access LLC, according to court documents. Trump also signed an executive order Tuesday, that would expedite this process, citing them as "incredibly cumbersome, long, horrible permitting process and reducing regulatory burdens for domestic manufacturing.”

Protesters spent months in Cannon Ball, North Dakota to protest the building of this project. Before the final easement was denied, thousands of U.S. military veterans also showed up, and may end up returning in the future.

"It should've been really clear that there's no way the public is going to allow this," Michael Wood Jr, Executive Director of Veterans Stand told Salon.

When asked if he would consider going back, Wood replied "We're going to still serve the Lakota, so if they ask us, we're definitely going to respond," and added that "lines of communication" were already open.

The group raised over $1 million in donations last year to help supply the veterans that would stand in solidarity with, and protect the Native Americans and other protesters, who were subject to abuse from law enforcement. Protesters were sprayed with water cannons in sub-freezing temperatures, strip searched upon arrest, sprayed with tear gas, and shot with rubber bullets. One woman Salon interviewed was shot with a tear gas canister in her right eye, causing her to permanently lose her vision.

President Trump has widely touted the projects saying they will create jobs, and make the United States more energy independent. However, regulatory filings reviewed by The Intercept, show that much of that flows through the Dakota Access Pipeline, may be shipped overseas for global exportation.