WATCH: Ink for the ages: Why women are getting political tattoos in droves since the election

Since election day, women have been flocking to tattoo parlors for political ink 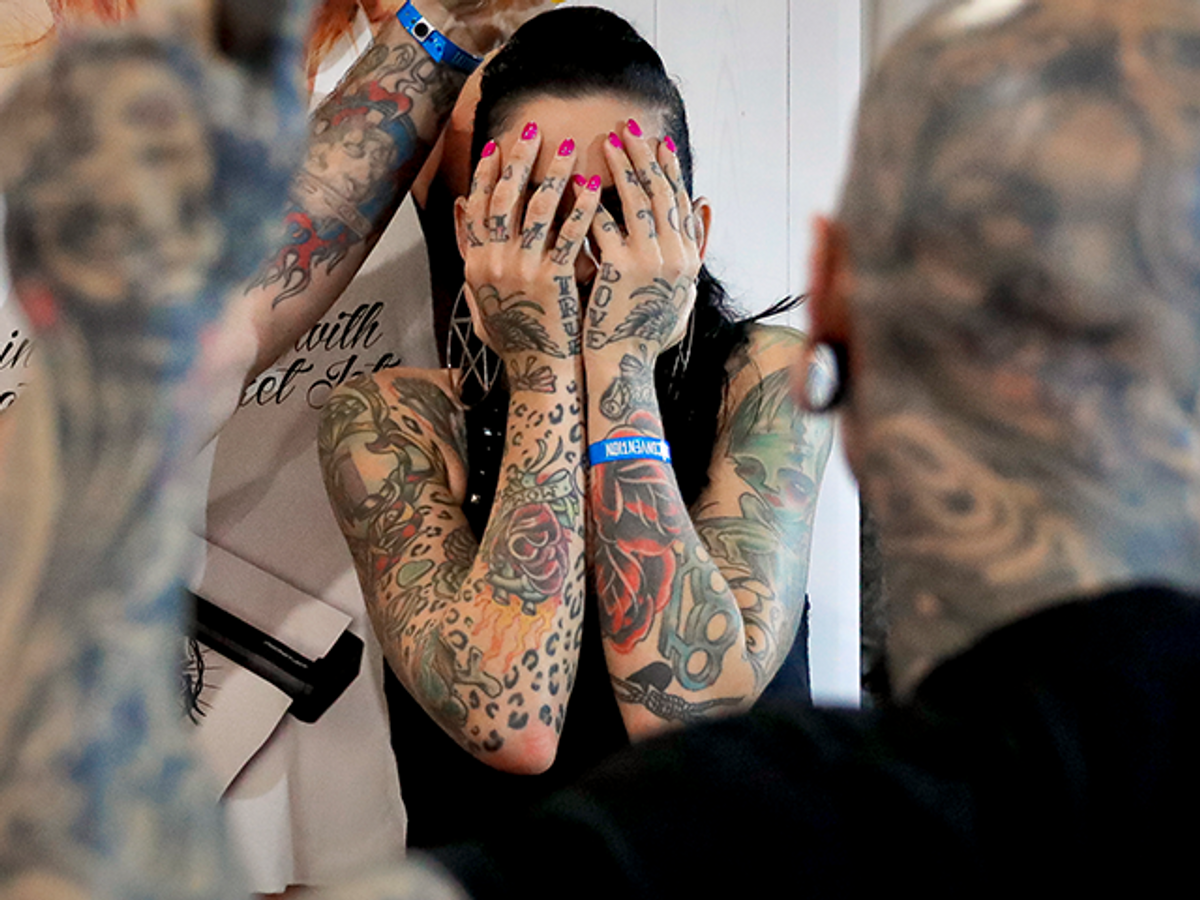 “Remember to breathe,” she said. Every time I showed up at her door, till the day she died, my mother would eye me wearily as I ran about the world at hyper speed, and utter this reminder. She also took me to every protest rally in Washington when I was a girl, and that notion of needing to breathe through times of trouble and anxiety resonated especially well with me last weekend. I saved many cards and letters she wrote me, and so on Monday, I decided to visit Zoe Bean of Eight of Swords Tattoo in Brooklyn, New York, to make sure the reminder of my mother in days of old would stay with me forever. I got it in ink.

I was not alone. After the Women’s March on Washington on Saturday, and the many sister marches around the world, tattoo parlors were packed with women walk-ins, requesting sisterhood messages like “rise,” “Nasty Woman,” the symbol for Venus, the women’s symbol and more. Some wanted to honor the memory of the event itself, and others like me had a more personal connection to history – those stand-up-and-fight-for-your-rights trips my mom took.

I have often thought that tattoos were something you got as folly in your 20s (I have two of those), like a regrettable Tweety Bird on spring break. Or the name of a one-night-stand. While I have neither of these, somehow the idea of getting a tattoo as an older, mature woman now felt more significant.

Dot Sheriden, a tattoo artist at San Francisco’s Embassy Tattoos, told KNBC’s Gillian Edevane that she had been overwhelmed last weekend by women walk-ins requesting Venus symbols. As I would venture across the country, there aren’t many women tattoo artists, so oftentimes a woman looks far and wide for one, as I did yesterday. Nikki Balls (her tattoo name), another one of the few, is originally from Queens, New York. She works for Tattoo Paradise in Maryland and Washington, D.C., and wrote on social media last Friday that “a lot of women are coming into DC for tomorrow's Women's March, and we've gotten a lot of calls at the shop asking if there'd be any women tattooing at the shop this weekend.” She decided to stay late to work, and even continued on a double shift at the parlor’s other location in Wheaton, MD.

In the Women’s March aftermath, on Sunday, Tattoo Paradise wrote on Instagram that tattooers were a bit exhausted, but grateful: collectively, artists had tattooed upwards of 75 women after the march with the single word, “rise.”

🙏🏼 thank you for choosing us. #Repost from @billythegent Damn near 75 people came to get tattooed after the #womansmarchonwashington today.

Zoe was a college professor of fine arts before she fell in love with tattooing through her husband Sweetie, also a tattoo artist. She carefully worked on my single word tattoo, showing it the importance of a much bigger piece. The sentiment just felt right; it’s the moment to rise, to breathe, to feel a greater connection and solidarity with like-minded people interested in making our world a better place – one step at a time. And so, still we rise, and breathe, and face a politically unsure future with trepidation and hope.