What will Chelsea Manning's legacy be? 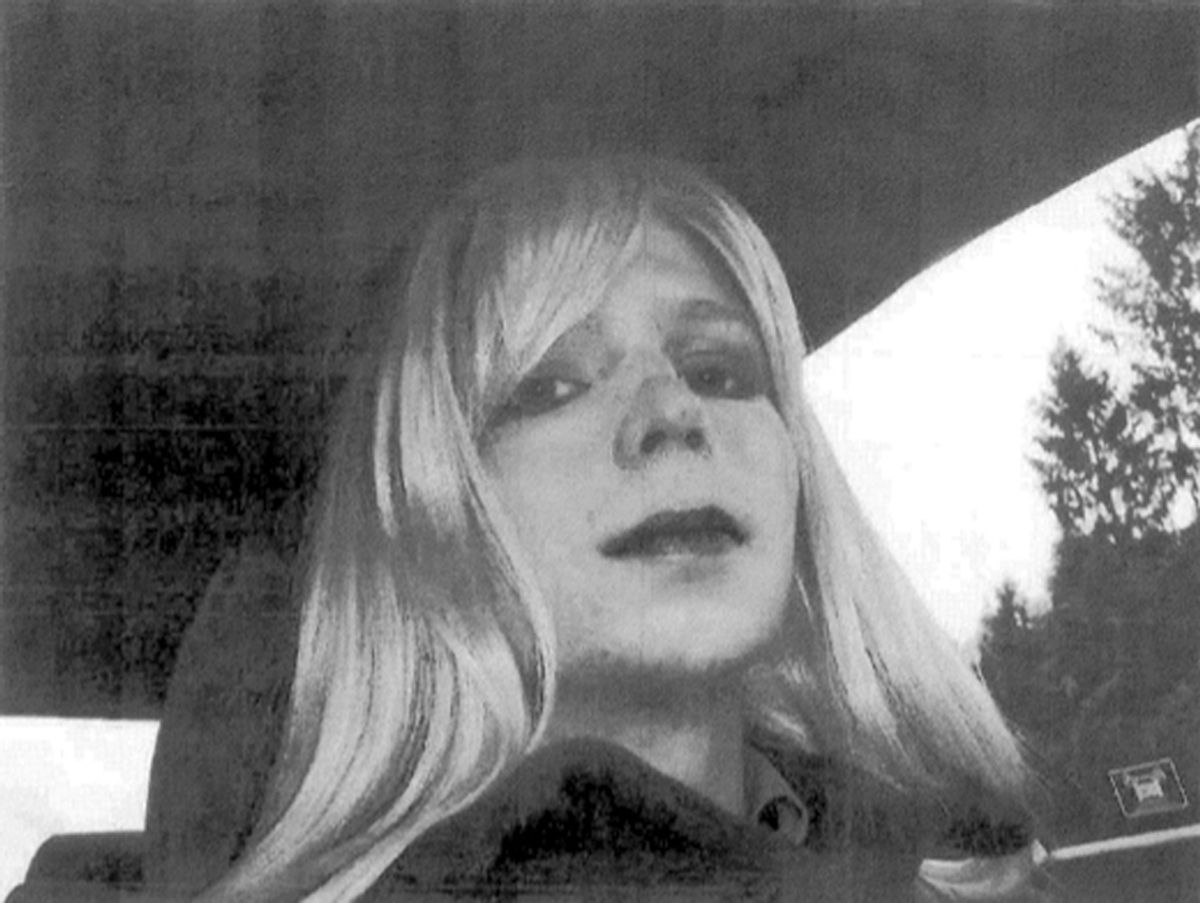 FILE - This undated photo provided by the U.S. Army shows Pfc. Chelsea Manning. For most Americans, Manning has been a hero or villain based on how they view her decision to leak classified material. For transgender people, she has another dimension _ serving as a potent symbol of their struggles for acceptance. With the commutation of her prison sentence by President Barack Obama, now set for release in May 2017, she and will re-enter a society bitterly divided over many aspects of transgender rights. (AP Photo/U.S. Army, File) (Associated Press)
--

The military’s most prolific leaker of digital documents has ushered in an age of even more increased surveillance over government workers. The legacy of Chelsea Manning’s actions is under discussion in the wake of the announcement that the former Army private will be released from military prison in May. In one of his last official acts, President Obama commuted her sentence for violations of the Espionage Act and copying and disseminating classified information. The commutation reduced her sentence from 35 years to the seven years she has already served, plus four additional months needed to effect her release.

In 2010, Manning, then presenting as male and going by the first name Bradley, was an intelligence analyst serving in Iraq. Disillusioned by callous behavior and indiscriminate killing of people in Afghanistan and Iraq by American soldiers, Manning copied and digitally released a massive trove of classified information. The data included 250,000 cables from American diplomats stationed around the world, 470,000 Iraq and Afghanistan battlefield reports and logs of military incident reports, assessment files of detainees held at Guantanamo Bay and war zone videos of airstrikes in Afghanistan and Iraq war in which civilians were killed.

Government officials immediately expressed concerns about damage to national security, international relations and military personnel because of the information contained in the material. There appears to have been relatively little lasting damage to American diplomacy. The military revelations were more damaging, with documents discussing prisoner torture and an assassination squad made up of American special forces operators. Those enraged American citizens and the international community alike, and may have hardened the resolve of adversaries.

But the most lasting effect will likely be a powerful new fear of so-called “insider threats” – leaks by people like Manning, working for the U.S. and having passed security clearance background checks. In the wake of Manning’s actions, the military and intelligence communities have been ramping up digital surveillance of their own personnel to unprecedented levels, in hopes of detecting leakers before they let their information loose on the world.

The initial official response was that the release of State Department cables – internal communications between officials with candid assessments of international situations and even individual leaders’ personalities – would be so debilitating to foreign relations that repair would take decades.

In reality, the cables were more embarrassing than destructive. A political uproar met the news that the U.S. and its purported ally Pakistan were working at cross-purposes: American forces were trying to fight against the Taliban and al-Qaida, while Pakistan was trying to offer them protection and even weapons. But overall, it didn’t significantly increase the existing tensions in American-Pakistani relations. Other foreign officials may have become more wary about sharing information with Americans, but over time, new people come into key posts, the leak is forgotten and business continues as it has always done.

Foreign leaders about whom U.S. officials had made blunt and disparaging comments in the cables did suffer. For example, the cables revealed a secret agreement in which the U.S. conducted drone strikes in Yemen while that country’s President Ali Abdullah Saleh publicly took the blame. Two years later, in 2012, a popular revolution ousted him. A similar fate befell the Tunisian President Zine El Abidine Ben Ali, whose lavish lifestyle – and lack of American support – was discussed in the cables.

More damaging to the U.S. was what was revealed in the battlefield reports Manning released, and called evidence of American soldiers’ “bloodlust.” For instance, Manning’s leaks disclosed the activities of an American assassination squad in Afghanistan. Called Task Force 373, the unit comprised specially trained U.S. personnel from elite forces such as the Navy SEALs and the Army’s Delta Force. Its goal was to assassinate a range of targets including drug barons, drug makers and al-Qaida and Taliban figures.

The documents also showed U.S. military personnel shooting innocent civilians on the ground and from the air – among them a Reuters journalist. They showed that American authorities ignored extreme torture inflicted on Iraqi prisoners, including sexual abuse and physical mistreatment, such as hanging detainees upside-down. Allegations of child trafficking by U.S. military contractors also came to light.

Manning is being hailed as a hero and as a traitor. There are arguments for both. The public has a right to know about official misdeeds carried out by the government and military. But those kinds of revelations can jeopardize our defense strategy and hurt our standing in the world community.

Manning’s leaks raised alarms across the government because they came from a trusted insider. In 2011, Obama issued Executive Order 13587, directing Executive Branch departments and agencies to be on guard against insider threats.

With software and techniques also in use in the private sector, government agencies and contractors use computer systems that monitor when employees are accessing, copying, deleting and transferring files.

Computers’ external media ports are also being watched, to detect an employee connecting a USB thumb drive that could be used to smuggle documents out of a secure system. Workers’ keystrokes and other actions on their computers are being analyzed in real time to detect unauthorized activity, such as accessing restricted files or even connecting to file-sharing or social media sites.

Agencies and private companies with government contracts will also have to keep their employees’ after-work lives under greater surveillance, looking for behavior or situations that might compromise government security. The effectiveness of these efforts is not yet clear.

Obama characterized Manning’s release as a humanitarian gesture because of her personal circumstances. The day after she was sentenced, Manning revealed that she is transgender and identifies as a woman; nevertheless, she was held in a men’s military prison.

The military was under increasing public and even international pressure to allow her to make a physical and biological transition – a procedure neither the military nor any U.S. prison has ever dealt with or paid for before. (She is likely to lose her military medical coverage upon her release from prison, leaving her medical care in question.)

Despite Obama’s perspective, Manning’s release could be viewed as an act of leniency, a signal that others might escape decades of prison time if they, too, were to violate their oaths of secrecy and reveal confidential public information. But fewer might get the chance to do so, because insiders are trusted less and being watched more.