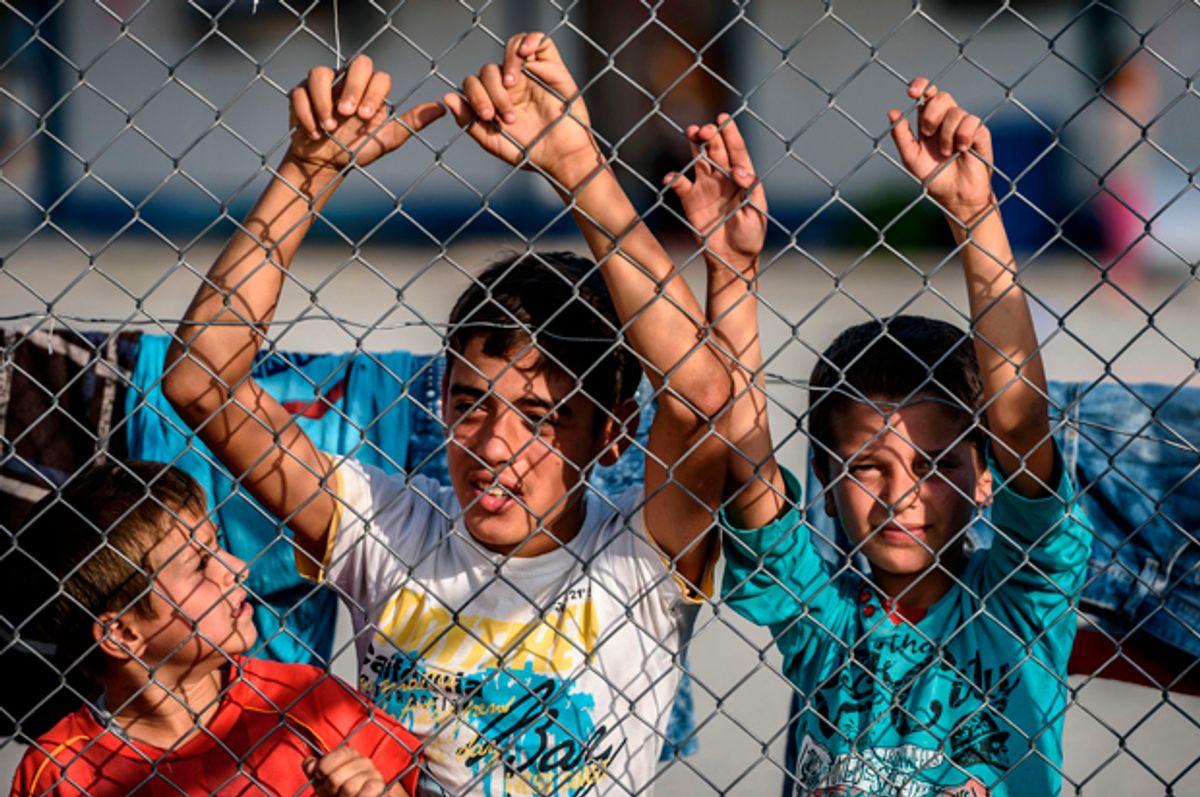 "Beginning today the United States of America gets back control of its borders," Trump declared during a visit to the Department of Homeland Security. "We are going to save lives on both sides of the border."

Later in the week, President Trump is expected to sign orders restricting the flow of refugees into the United States. His current proposal includes at least a four-month halt on all refugee admissions, as well as a temporary ban on people coming from some Muslim-majority countries, according to a source from a public policy organization that monitors refugee issues. The person was briefed on the details of that proposed action by a government official and outlined the plan to The Associated Press.

The public policy organization source insisted on anonymity in order to outline the plans ahead of the president's official announcements.

Trump campaigned on pledges to tighten U.S. immigration policies, including strengthening border security and stemming the flow of refugees. His call for a border wall was among his most popular proposals with supporters, who often broke out in chants of "build that wall" during rallies.

In response to terrorism concerns, Trump controversially called for halting entry to the U.S. from Muslim countries. He later turned to a focus on "extreme vetting" for those coming from countries with terrorism ties.

A draft executive order showed President Donald Trump asking for a review of America's methods for interrogation terror suspects and whether the U.S. should reopen CIA-run "black site" prisons outside the United States.The order also would also continue America's use of the detention facility in Guantanamo Bay, Cuba.

The document instructs senior national security officers to "recommend to the president whether to reinitiate a program of interrogation of high-value alien terrorists to be operated outside the United States and whether such program should include the use of detention facilities operated by the Central Intelligence Agency."

The document says U.S. laws should be obeyed at all times and explicitly rejects "torture."

Republican Sen. John McCain is pushing back on efforts by President Trump to use an executive order to allow enhanced interrogation.

In a statement on Wednesday, the chairman of the Armed Services Committee said the president can sign whatever executive orders he likes, "but the law is the law. We are not bringing back torture in the United States of America."

AP writer Alicia A. Caldwell in Washington contributed to this report.