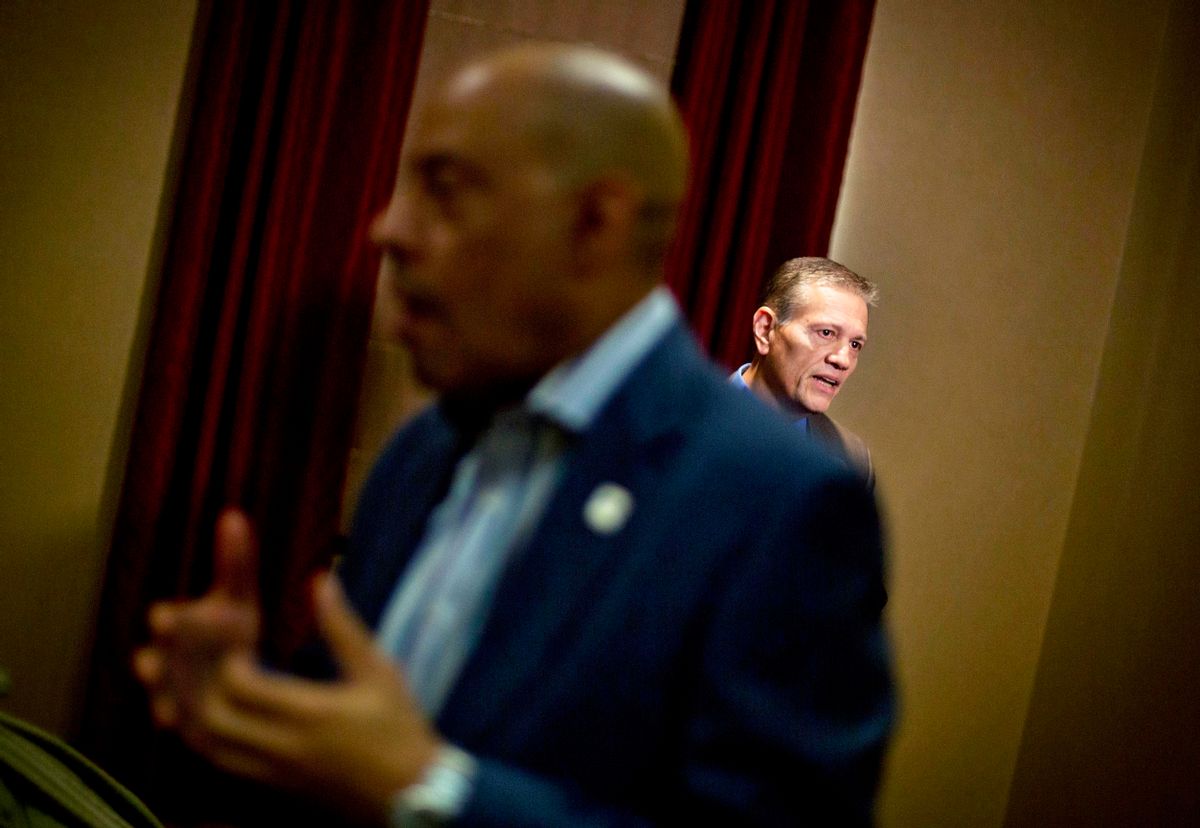 LAGRANGE, Ga. — In an emotional ceremony, the mayor and police chief in a west Georgia city apologized for the lynching of a black man more than 75 years ago.

LaGrange Police Chief Lou Dekmar said the killing of Austin Callaway, who was taken from the city jail by a band of armed white men in 1940, should never have happened.

The Atlanta Journal-Constitution reports that the chief said at Thursday's gathering that the department failed to protect Callaway while he was in its custody, and that it failed to investigate his killing. Callaway had been accused of assaulting a white woman.

Deborah Tatum, a distant relative of Callaway, told the LaGrange newspaper that Callaway "finally has a voice."