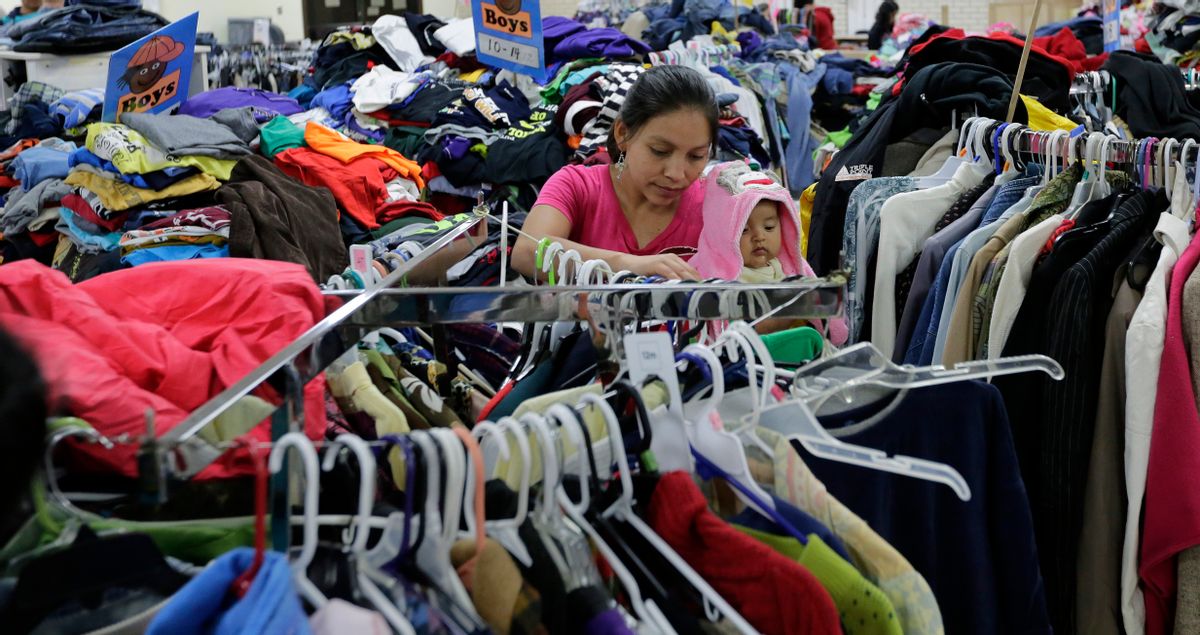 On May 12, 2008, 900 federal Immigration and Customs Enforcement officers, armed with military-grade weapons and vehicles, stormed the Agriprocessors meat processing plant in Postville, Iowa, in what was, at the time, the largest federal worksite immigration raid in U.S. history. ICE detained 389 plant workers, most of whom were from Guatemala or Mexico, tearing apart families. Approximately 270 of the detained workers served prison sentences and most were later deported.

News of the raid disrupted life for thousands more families throughout Iowa, where many towns, like Postville, have meat processing plants with predominantly immigrant workforces.

As public health researchers, we wanted to investigate the health implications that a traumatic event like the Postville raid could have for Latino communities. One Postville resident who had six siblings detained in the raid, Aurelio, described the experience in a way that hints at its potential health effects, saying it was “like an earthquake in your life.”

Aurelio’s comparison of the raid to an earthquake resonates with a body of research about the effects of major stressors, like natural disasters or terrorist attacks, on infant health. We wondered whether the Postville raid affected health in a similar way.

We decided to study the Postville raid and its effects on the health of Latino infants born in Iowa in the nine months after the raid. Our findings were published on Monday in the International Journal of Epidemiology.

Immigrant deportations reached an all-time high in the 2010s. Other scholars have investigated the effects of immigration enforcement on Latino communities. However, immigration raids are often covert and spread out, making their effects on health difficult to quantify. By contrast, the Postville raid was one of the largest raids in U.S. history, and occurred in a single day, allowing for a clear before-and-after comparison.

Although the Postville raid took place in one rural town, its effects were widespread, particularly in other Iowa communities with immigrant workforces.

An advocate from Davenport, 150 miles from Postville, commented on widespread vigilance for ICE agents: “We hear rumors every day… People see a stranger, and they go into a panic.”

Media accounts from the weeks and months following the Postville raid reported Latino families in towns across the state avoiding public space, even going so far as to send children to live with relatives or miss work.

An advocate in central Iowa said, “You can see that people are more scared in general. Some of them, they don’t even tell you directly but people don’t go outside like they used to and things like that.”

And while not all undocumented immigrants are Latino, Latinos are particularly affected by immigration enforcement. Twenty-six percent of all Latinos know someone who was detained or deported for immigration reasons in the past year. In the popular imagination, enduring sterotypes characterize Latinos as immigrants, undocumented and criminal, meaning anti-immigrant events and rhetoric have “spillover effects” for documented immigrants and U.S.-born Latinos.

This means that the fear and stress caused by the Postville raid could have affected both documented and undocumented immigrants, and even U.S.-born members of their communities.

We obtained Iowa birth certificate data, which captures basic information about every infant born in the state. This includes the mother’s race, ethnicity and country of birth, as well as the infant’s birth weight. Birth certificates do not include information on a mother’s immigration or visa status.

We compared birth weight among white and Latino infants born in approximately the nine months following the Postville raid to infants born one year earlier. We focused on changes in birth weight because it is sensitive to stress, which can also cause other poor health outcomes.

It is unlikely that these findings are due to random chance. The risk of low birth weight among infants born to Latinas in Iowa was higher after the Postville raid than at any other time in a 10-year period.

Is it plausible that the health of a developing fetus could be affected by an event hundreds of miles away?

We know that stress can affect pregnant mothers and their infants’ gestation in many ways, including shifting stress hormone balances in ways that affect a developing fetus or reducing support networks that promote a mother’s health during pregnancy. And reports from the time period following the Postville raid illustrate that stress was in no short supply for Latino communities throughout Iowa.

We studied one particularly high-profile federal immigration raid, but its tactics and effects are similar to thousands of smaller-scale detentions and deportations that take place every year through a web of local, state and federal enforcement initiatives.

As with the Postville raid, these smaller raids also create stress across communities, disintegrating the social and economic fabric that binds families and communities together with implications for social service usage, mental health and physical health. As a result, entire communities become part of the collateral damage of our nation’s immigration enforcement priorities.

Donald Trump’s campaign platform included plans to “immediately terminate” Deferred Action for Childhood Arrivals, an executive order under President Obama granting temporary deportation relief and two-year work permits to over 700,000 immigrants who came to the U.S. as children. Soon after his election, he stated his intent to deport 2-3 million people. These claims have incited stress and fear for immigrants, their families, and their communities throughout the United States.

Researchers should continue to carefully investigate the impact of this environment on community health. And they can also examine the health effects of local and national efforts to protect, support and empower immigrant and Latino communities.