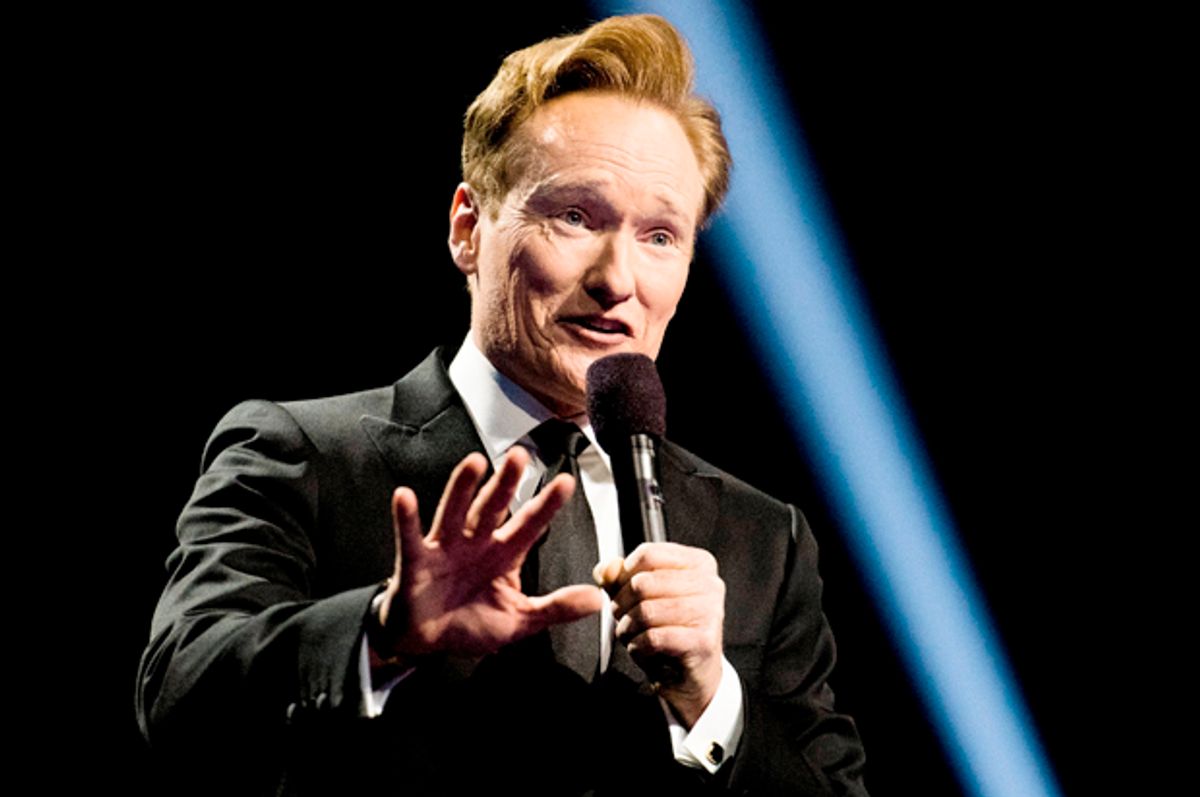 Hours after President Donald Trump floated the idea of a 20 percent import tax on Mexican goods to pay for his promised “big beautiful wall,” Conan O’Brien subverted the president’s Mexican hostility in a way that was both subtle and potentially effective.

On last night’s show, O’Brien announced the latest edition of his travelogue special, “Conan Without Borders.” On March 1, O’Brien announced, the show will go to Mexico City, where he will “rent a television studio and shoot an episode of our show with the help of an all-Mexican staff, crew, guests, and studio audience.”

One of Trump’s favorite drums to beat is that he will bring jobs back to the United States. He’s used the manufacturer Carrier staying in Indiana rather than moving to Mexico for tax incentives as an illustration. O’Brien will be undermining the president by, though only for a day, intentionally outsourcing work to our Southern neighbors.

In past editions of “Conan Without Borders,” the show has gone to Germany, South Korea, Armenia, Cuba, and Qatar. These specials are somewhere between Anthony Bourdain’s “Parts Unknown” and an episode of “Laurel and Hardy.” Conan explores a foreign nation and finds humor in his cultural ignorance and physical difference. The mere sight of the gangly red-haired giant in the Noryangjin Fish Market, for instance, is funny. But the humor is always more at Conan’s expense than at that of the foreign culture.

Besides the symbolic gesture of outsourcing jobs to Mexico, the episode also could effectively help humanize a culture that the president has so often vilified. Though Latino representation on television is improving, it is still lacking. And researchers have found that unbiased representation of ethnic diversity can positively shape viewers’ perceptions of minority groups. “[T]here is evidence that programs which intentionally attempt an unbiased portrayal of ethnic diversity (e.g., ‘Sesame Street’) succeed in reducing prejudice about other groups,” per a 2000 Australian Psychological Society study.

Of course, other late night shows — and mainstream media in general — would do well to follow O’Brien’s lead. Though “Conan” does have a large following and a fairly mainstream one, his viewership pales in comparison with his late night competitors. (In recent years “Conan” has scored some of the lowest late night ratings and youngest late night viewer demo.) If Jimmy Fallon would like to atone for his hair-ruffling, a moment widely perceived as helping to normalize Trump, he might consider affectionately ruffling the hair of a few Dreamers.

Though hosting a show in Mexico is not as overt a rebuke of the president as politically biting bits done by left-leaning late night hosts like Stephen Colbert, Seth Meyers, and Trevor Noah, the episode could be more influential in shaping perceptions of mainstream viewers. Laughing with our southern neighbors, though not always as satisfying, is probably more effective than laughing at the man denigrating them.