President Trump's voters seem to be fine with him using a private email server: poll

After a year of "Lock her up chants," Republican voters no longer seem concerned about presidential cybersecurity 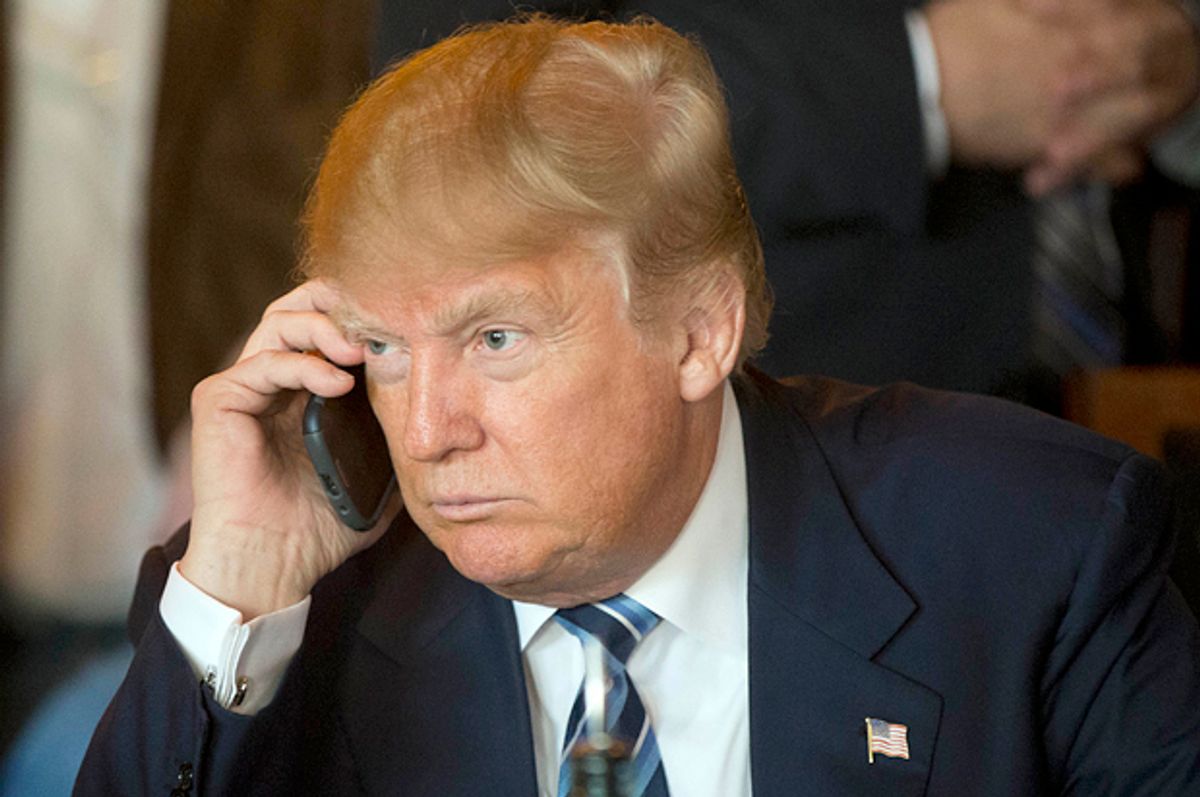 More President Donald Trump voters believe he should be allowed to have a private email server than those who do not, according to Public Policy Polling's newest national poll.

Just 39 percent of Trump voters believe the president should be precluded from using a server similar to the one Hillary Clinton installed while she was secretary of state, which resulted in an FBI investigation that dogged her presidential campaign. Conversely, 42 percent of Trump voters think it is perfectly acceptable for him to be using a private server, despite the fact that many Trump voters believe Clinton should have been prosecuted for the same conduct.

In his bid for the presidency, Trump tried to damage his rival's integrity by suggesting her email management practices were unscrupulous and that she potentially compromised national security by not using a government email. A Newsweek report indicated that Trump's closest aides all had active private email accounts. Staffers including Kellyanne Conway, Jared Kushner, Sean Spicer and Steve Bannon had emails through the Republican National Committee until this past Wednesday.

Using a separate email account in the White House is not illegal. In some cases, it might be required by law. Mixing politics and state business violates the Hatch Act, which restricts many executive branch employees from engaging in political activity on government time. But this doesn't resolve issues relating to transparency and security. In fact, the new White House staff appears to be repeating the same mistake as Clinton.

The president, meanwhile, continues to use his personal Android phone, which amounts to a security disaster, according to a computer science professor and security expert. Nickolas Weaver wrote for Lawfare:

"A Galaxy S3 does not meet the security requirements of the average teenager, let alone the purported leader of the free world. The best available Android OS on this phone (4.4) is a woefully out-of-date and unsupported. The S4, running 5.0.1, is only marginally better. Without exaggerating, hacking a Galaxy S3 or S4 is the type of project I would assign as homework for my advanced undergraduate classes. It’d be as simple as downloading a suitable exploit — depending on the version,Stagefright will do — and then entice Trump to clicking on a link. Alternatively, one could advertise malware on Breitbart and just wait for Trump to visit.

Once compromised, the phone becomes a bug — even more catastrophic than Great Seal — able to record everything around it and transmit the information once it reattaches to the network."

As of yesterday, Trump's Twitter account was just as vulnerable as his Android. The @POTUS Twitter handle — a government account — was tied to a Gmail account and did not even have two-factor verification set up — an important security feature for digital devices. Word of Trump's pedestrian password security structure must have reached the White House.