"Why forgive?" Exploring the complexities of forgiveness on Holocaust Remembrance Day

To the Jewish people, forgiveness challenges a profound examination of Judaism's deepest ethical mores and beliefs 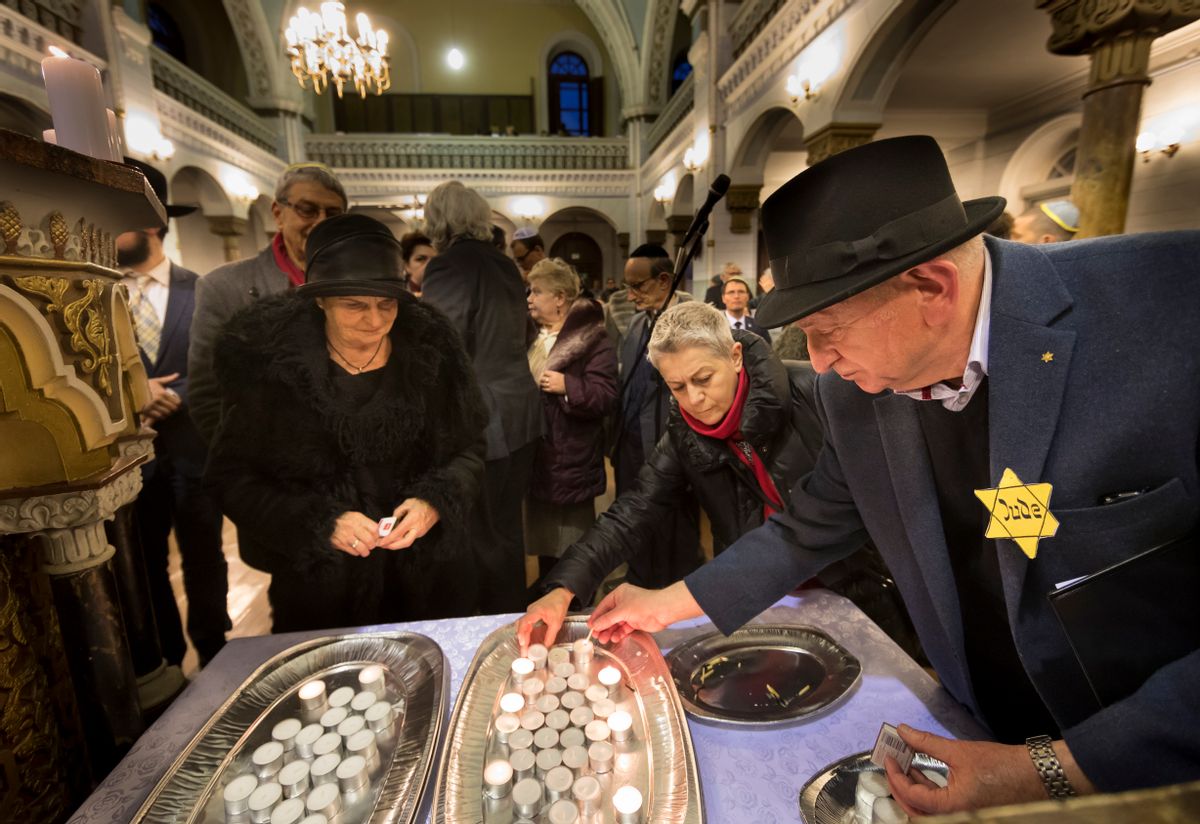 Thursday, Jan. 27 is International Holocaust Remembrance Day – an annual day that honors the memories of the victims of the Nazi era. Seven decades after Hitler perpetrated his terrible genocide on the Jewish people, the world is faced with a disturbing question: Can the Nazis be forgiven?

As a member of a Jewish family that endured the war, this is more of an emotional question. I grew up in Australia, where my grandparents came after the war. I was surrounded by many survivors – members of my own family among them. Australia has the highest number of Holocaust survivors per capita outside Israel.

I grew up in a community of these remarkable people, but not once did I hear the topic of forgiveness for the Nazis discussed. The Nazis hardly warranted their consideration. Instead, what prevailed was the distinctive Jewish response to the tragedy of the Holocaust of not asking why, but what do we do now. Invariably the answer was a single-minded determination and commitment to rebuilding a new generation of proud and committed Jews.

As a rabbi and teacher, however, I see the question as more complicated. It challenges us toward a more profound examination of some of Judaism's deepest ethical mores and theological beliefs.

Forgiveness: What is it?

First, it is important to understand the concept of forgiveness and its place in Jewish belief and practice.

Rather, according to Jewish teaching, the essence of forgiveness is that the forgiver allows for his relationship with the forgiven to be healed. It is a way of saying to the offender,

"You have hurt, you have injured, you have wronged, and you will suffer the consequences – but despite all that, I accept you, and I can still have a relationship with you."

Judaism teaches that the concept of forgiveness constitutes one of the most essential fundamentals of the human relationship with God and with each other.

Throughout the Bible there are numerous examples of God forgiving human sin and humans forgiving their fellow beings. Furthermore, one of the basic principles of Jewish ethics is that humans are mandated to emulate the divine characteristics through which God relates to us.

Thus, just as He is kind, merciful and forgiving, so too must we strive to conduct our own lives in the same manner toward others. And indeed, inasmuch as every human being is imperfect and needs the favor of forgiveness from God and from his fellows, Judaism's "Golden Rule" necessitates that we be prepared to grant others the very same favor that we expect from them.

But far from being just a necessary but regrettable allowance, Judaism teaches that the practice of forgiveness was divinely designed from the very outset of creation. Thus, the reason why God deliberately created us imperfect is because through the process of sin and reconciliation, both the forgiver and the forgiven can experience tremendous personal and religious growth.

It is common experience that when two people in a relationship are able to forgive one another for their flaws and offenses, this process draws them even closer than they would have been had the offense never taken place.

Yet, everything has its limitations. So, what are the parameters of forgiveness, and what are the requirements for it to be earned?

According to Jewish law, a person may not expect forgiveness unless he undergoes a sincere effort to perform "teshuvah," meaning "repentance" or "return." The elements of teshuvah include rigorous self-examination and require the perpetrator to engage with the victim, by confessing, expressing regret and making every effort possible to right the wrong that he committed.

By sincerely fulfilling all of these elements of "teshuvah," the offender has done everything in his power to earn the right to ask the victim for forgiveness. So, Jewish law states that a truly repentant "returnee" whose repeated requests for forgiveness are rejected on three occasions by his victim, has done all he can and need not make further efforts at reconciliation. At this point, the blame for the lack of resolution is transferred to the victim of the original offense.

Not on behalf of another

Consequently, if the victim is no longer alive, is absent or otherwise unable to receive the perpetrator's teshuvah, the possibility for the perpetrator to seek forgiveness is seriously impeded. For at no time can any person presume to offer forgiveness to a perpetrator of a crime to which he was not a victim.

In such cases, the perpetrator must realize that he has no recourse to obtain forgiveness from any human being. Certainly, he must endeavor to complete all of the elements of teshuvah, which may include (for example) sincere and wholehearted efforts to make restitution to the victim's relatives or community.

Ultimately, however, the only source from whom he may obtain forgiveness is from the heavenly court, and God alone will judge if his "teshuvah" has been sufficient to earn it.

Why it is not possible to forgive

The answer then to our original question of whether the Nazis can be forgiven becomes clear. The level of teshuvah that would be necessary to rectify the monstrous Nazi crimes would be enormous indeed. It also begs us to ask another question: Has any individual Nazi ever demonstrated this type of remorse, contrition and superhuman determination to make amends?

I have not heard of a single such instance. And even if there was such a person, his murdered victims are no longer alive to even consider granting forgiveness.

So, since we are human beings who still have a conscience to discern good from evil, the only conclusion we must come to is that we cannot in any way forgive the Nazis. To think otherwise would be to dishonor the victims of the Holocaust and to degrade our own moral compass.

How can we honor the victims of the Holocaust?

The Nazis showed a truly terrifying power for destruction and brought much darkness to the world.

But together we can choose to illuminate the world with the light of morality and kindness, one good deed at a time. Our efforts will surely bring our world much needed peace and harmony. As the Sages assure us,

"a little bit of light dispels a great deal of darkness."

Rabbi Raphael Jaworowski, a Jewish scholar and writer, contributed to this article.