No one-size-fits-all solution: Food security looks very different depending on where you are sitting 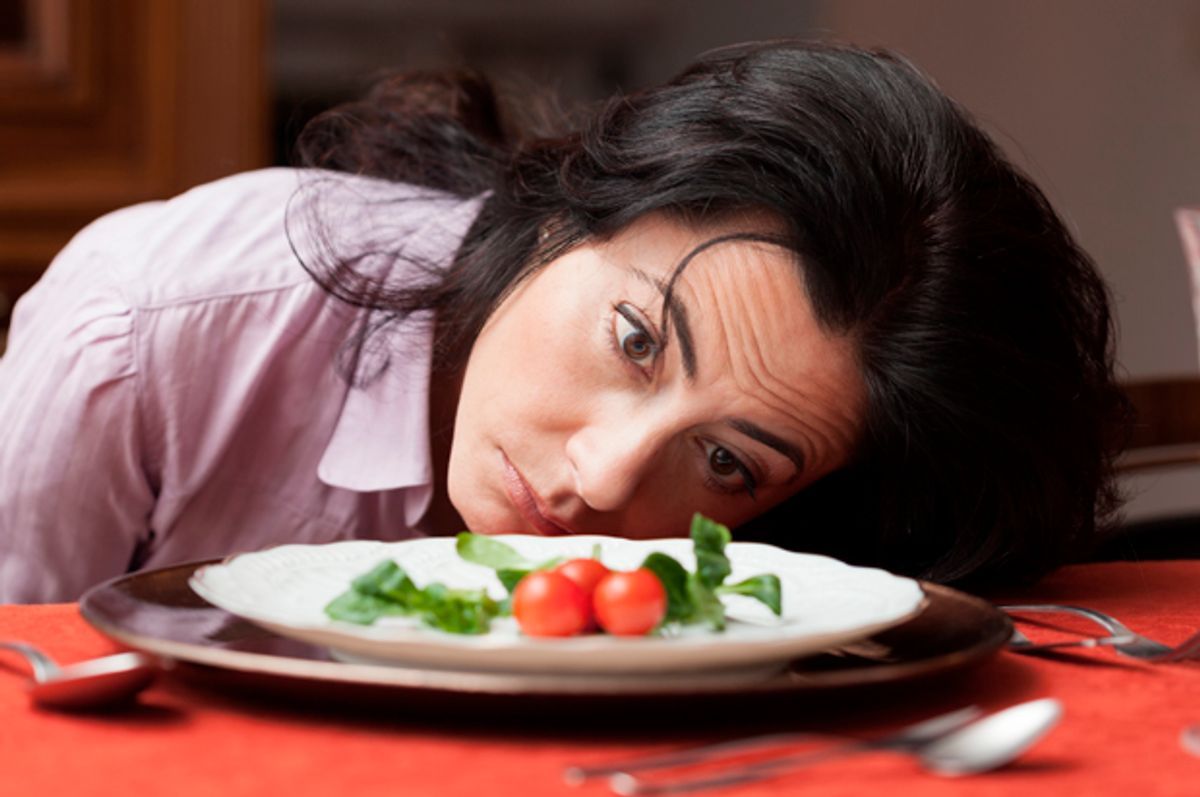 In 1974, the World Food Conference declared that: “Every man, woman and child has the inalienable right to be free from hunger and malnutrition in order to develop their physical and mental faculties.” The conference set as its goal the eradication of hunger, food insecurity and malnutrition within a decade.

Two decades later, in 1996, the World Food Summit was assembled in an explicit admission that this goal had not been met. More than 10,000 participants from 195 countries gathered in Rome and, over five days of intense discussion, set a target of reducing by half the number of undernourished people by no later than 2015. Food security was defined in the following declaration:

"Food security exists when all people, at all times, have physical and economic access to sufficient, safe and nutritious food that meets their dietary needs and food preferences for an active and healthy life."

The summit set out a seven-point plan of action, including managing population growth and migration, reducing poverty, and promoting peace and stability. Ambitious goals which, so far, have failed with most future predictions showing things are going to get worse.

Four years ago, I started to work directly in the world of food security research and if there is one thing that I have learned in the intervening period it is that it is complicated. Here are some of the factors that have made it so difficult to fulfill those ambitious goals.

Population growth: The current global population is 7.4 billion and it is growing rapidly. We are expected to reach 8.5 billion by 2030, 9.7 billion in 2050 and 11.2 billion in 2100. At the same time, income levels are expected to increase. In order to feed this larger and richer population, food demand is therefore expected to increase by 70 percent by 2050. However, neither the growth nor the increase in wealth is expected to be evenly distributed. India, China and Africa are predicted to make up an increasing share of the world population and India and China expected to make up 50 percent of the global middle class consumption by 2050. This means that the demands for food will obviously be greater in those areas with larger populations, but in countries where there is also an increase in wealth there is likely to be an increase in demand for less healthy and less environmentally friendly Western-style diets.

Climate change: Our ability to provide food for this growing population will be seriously affected by the changing climate. Current predictions for global warming are for an increase in temperature ranging from 0.6℃ to 4℃ use sy by 2099. The Paris climate agreement sets out a global action plan to limit global warming this century to 2℃. This will be a difficult target to achieve both in the light of Donald Trump’s (at least pre-election) declaration that he would cancel the agreement, but also given the expected increase in food demand with agri-food accounting for about 30 percent of all greenhouse gas emissions.

However, the impact of these predicted changes will not be evenly distributed. The Met office has produced a tool which allows us to investigate the impact of climate change on food insecurity and which shows that under all scenarios Africa is the most vulnerable to food insecurities. But even within Africa some countries are more vulnerable than others, with Niger, Somalia and Mauritania the most vulnerable, and South Africa and Algeria the least.

Using the same tool, we can see that in Asia there are currently medium levels of vulnerability to food insecurity with Mongolia and the Philippines the most vulnerable. Under many climate change scenarios this vulnerability increases across Asia but countries such as Burma and Papua New Guinea show the largest increases. These results mean that the spatial scale at which we consider food security is very important and mitigation plans which might be put into place to deal with these vulnerabilities need to take these geographical differences into account.

Malnutrition: Today the world faces a double burden of malnutrition that includes both under-nutrition and obesity. In 2015, more than 1.9 billion adults worldwide were overweight while 462m were underweight. This divide is not simply between the developed and developing world — low and middle-income countries are now seeing a rise in childhood obesity, and this is increasing at a faster rate than in richer nations. This is related to the increase in wealth and changes in diet discussed earlier.

Given these issues, different countries will need different solutions. Africa is going to have to deal with the double burden of increasing populations and more drought risk. Solutions in Africa need to focus on sustainable intensification with better solutions in increased yield and reducing waste through pests, diseases and storage. One technological solution is to develop drought-resistant crops, although the efficacy of this is debated. The issue here is not the technology but how to distribute it.

According to the Global Plant Council, while some farmers are using these drought-resistant varieties successfully (5m smallholder farmers in 2014), the adoption of these seeds varies from country to country. Some farmers are unaware of the availability of the seeds and others are unable to either access or afford them.

In the developed world, experts are more concerned by the health risks associated with obesity and our focus needs to be on sustainable nutrition. There is a lot of evidence that diets which are healthier for us as individuals are also better for the environment. No one has yet identified an “ideal diet,” but according to a Food and Climate Research Network report in 2014, the lower the meat, fish and dairy content of a diet, the lower the environmental impact. However, nutritionally, that will mean that reduced meat intakes need to be compensated for with increases in the quantity and diversity of whole grains, fruits and vegetables, and legumes.

We also have to be careful that demands we make on the food system in this country do not increase problems in other countries and we do not shift the burden of production. This can be done through the use of, for example, Life cycle Assessment (LCA). LCA aims to address the environmental aspects and potential environmental impacts (for example, the use of resources and the environmental consequences of releases pollutants) throughout a product’s lifecycle from the acquisition of raw material, through the production, use, end-of-life treatment, recycling and final disposal. However, LCA is a general approach which can be applied to any product and, because of the complexities of the food system, needs to be tailored in order to be used more effectively.

The “simple” solution to the issue of food security is that we all demand less, eat more sustainably and be more careful with our resources. That is clearly much easier said than done. If there is plenty of food in the supermarket it is difficult to believe it matters if we buy that extra packet of biscuits — and we are up in arms that the price of Marmite might increase.

Even the future leaders of some countries do not believe in climate change. But as alarming as the potential lack of Marmite is, we should bear in mind that other countries are already suffering the burden of food insecurity and focusing our resources toward finding solutions in those countries will benefit us on many levels.

Rachel Norman is the chair of food Security and sustainability at the University of Stirling.