If we just rename it "Trumpcare," can millions of Americans keep their coverage? 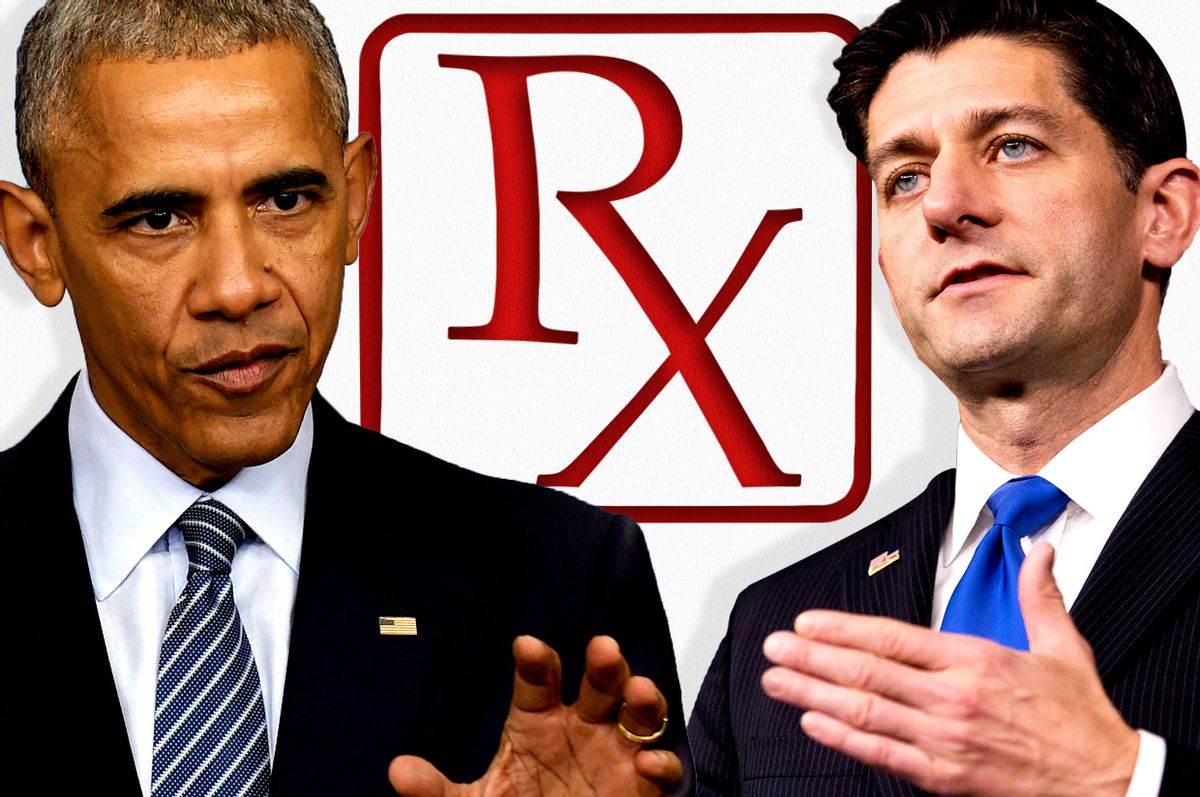 I think it is time to address to address the really black elephant in the room because it seems like people have been ignoring this humongous black elephant — that has an ass so big that it touches every corner of the room — for a long time. Donald Trump, Paul Ryan, 99 percent of the Republican Party (and its alt-right rejects) are so anxious to get rid of the Affordable Care Act for one reason: It’s called Obamacare.

We all saw this on that "Jimmy Kimmel Live!" episode a few years back. Kimmel interviewed people on the street, asking them if they prefer Obamacare or the Affordable Care Act. Every white person on the film chose the Affordable Care Act, possibly because it sounds more American than socialist-like Obamacare, not knowing that they are the exact same thing. They heard a black name and instantly ran away from the product. It didn’t matter if the policy made sense or not because in America, "black" equals "bad."

Fast forward to 2017 and Paul Ryan is still playing the same silly race game. The other day he sat down with Charlie Rose and told him:

And that would be fine and good if it were an original idea, but it’s not. The ACA includes the same provision, calling it a premium tax credit. Ryan just made a poor attempt to switch the words around. Ryan needs to be honest with himself and the rest of his party­­: They're exploiting the reality that many of their poorest followers would rather sacrifice their coverage and die than celebrate universal health care because it’s nicknamed after a black guy.

If Trump, Ryan and rest of the “I don’t have a racist bone in my body” white politicians really cared about all of the Americans who benefit from Obamacare, they wouldn’t cancel it. They could take their favorite parts of the bill and construct a newer version of the Affordable Care Act and even keep the cool "Obamacare" nickname, without the lapse in coverage that millions of Americans are about to face. But no. Can’t have a black guy’s name and legacy attached to one of the most important bills in the history of our country.

We can erect statues of a man like J. Marion Sims in Central Park and fly Confederate flags over state buildings in the South­­, but having a black guy’s name attached to universal health care is the worst thing in the world?

By this time next year, we will probably all have Trumpcare instead: a gaudy, watered-down version of Obamacare, written in monosyllabic language that probably makes the poorest Americans provide the best health care to the richest.

I hope it’s worth it.