From the immigration order and the response, to nuclear plants and legal weed, here's your Monday rundown 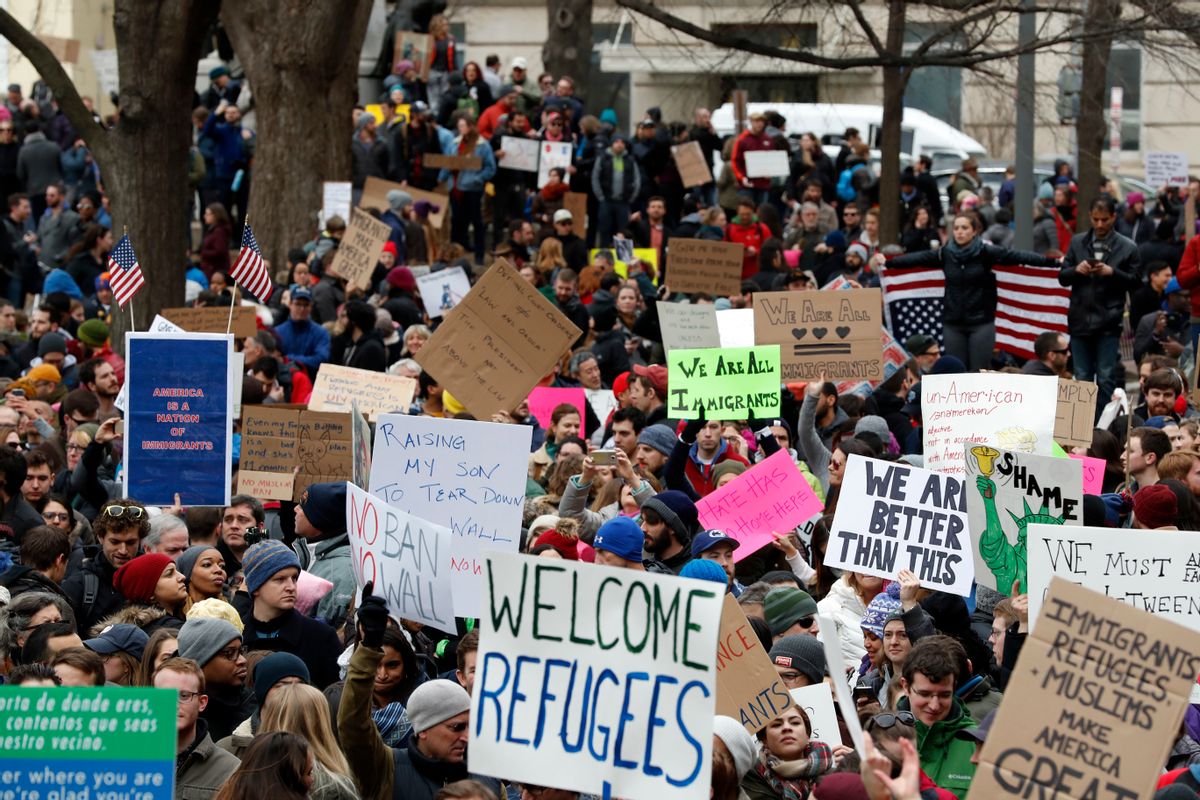 Protesters carry signs and chant in Lafayette Park near the White House during a demonstration to denounce President Donald Trump's executive order that bars citizens of seven predominantly Muslim-majority countries from entering the U.S. on Sunday, Jan. 29, 2017, in Washington. (AP Photo/Alex Brandon) (AP)
--

Aides say President Trump's rule temporarily banning citizens of seven majority Muslim nations from entering the U.S. is a minor inconvenience in the face of safety, but the move sparks widespread protests.

Critics describe widespread confusion over the sudden immigration rule, and say an untold number of travelers were being held in legal limbo because of ill-defined procedures.

From pulpits to sidewalk vigils, clergy and parishoners across a spectrum of faiths unite against Trump's immigration order.

It's part of Democratic Gov. Andrew Cuomo's plan to lean on nuclear energy while ramping up renewables such as wind, solar and hydroelectric.

The new industry has a projected value of $7 billion, and state and local governments could eventually collect $1 billion a year in taxes from it.

Ten more states stand to gain tens of millions of dollars as the e-commerce giant begins adding sales tax to purchases there.

Environmental groups say the TVA's faulty storage of coal ash caused it to leach into the waterway.

8. WHO WILL SKIP OSCARS OVER TRUMP TRAVEL BAN

An Oscar-nominated Iranian director says he will not attend the awards due to the refugee order and travel restrictions.

Macy wins for his role as an alcoholic father on "Shameless," while Louis-Dreyfus gets the award for her role in "Veep."

A video that surfaced of a frightened dog on the movie's set led to cancellation of the film's premiere.