How close is 1.5°C? Depends when you measure from 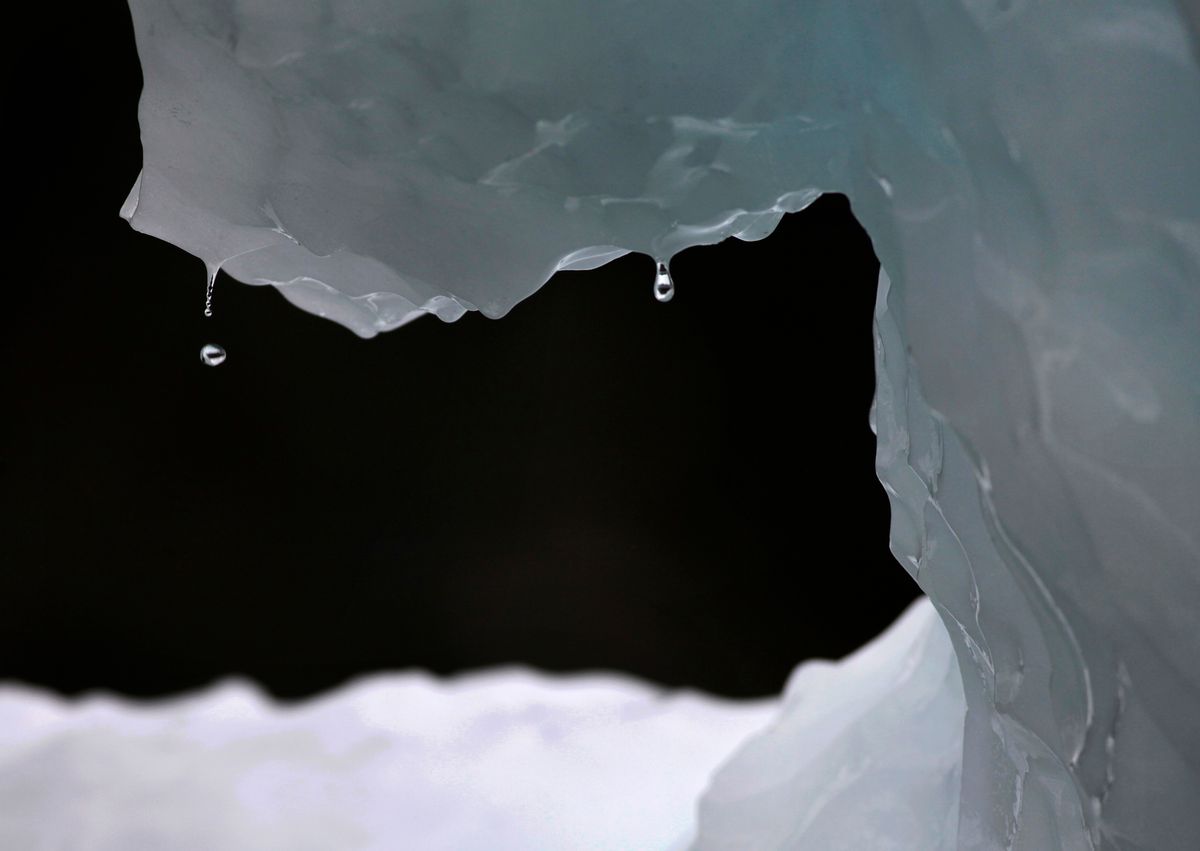 FILE - In this July 26, 2011 file photo, drops of water fall from a melting iceberg near Nuuk, Greenland. Greenhouse gases more powerful than carbon dioxide are the focus of a global gathering this week in Rwanda, with Secretary of State John Kerry expected to arrive Thursday, Oct. 13, 2016 to apply pressure for a deal to quickly phase out hydrofluorocarbons which are used in air conditioners, refrigerators, and insulating foams. (AP Photo/Brennan Linsley, File) (AP)
--

Most scientists studying global warming compare today’s temperatures to those of the late 19th century because that is as far back as quality temperature observations go. But a new study makes the case for a better comparison period, one that includes the warming that had already resulted by the middle of the 1800s and shows how close the world already is to breaching international warming targets.

Under the landmark 2015 Paris Agreement, countries agreed to cut greenhouse gas emissions to keep global temperature rise “well below” 2°C (3.6°F) above pre-industrial levels and limit it to 1.5°C (2.7°F) above that mark in order to avoid the worst impacts of climate change. But the agreement left undefined exactly what period is considered “pre-industrial.”

Most climate scientists use the second half of the 19th century as a stand-in for pre-industrial times, because of the lack of widespread temperature observations before that point. But as the Industrial Revolution was already underway by then, it is likely that there was already some human-caused warming by that point. A study published in Nature last year found a small, but detectable increase in global temperatures as far back as the 1830s for some parts of the world.

For the new study, detailed Wednesday in the journal Bulletin of the American Meteorological Society, the authors suggested using 1720-1800 as a pre-industrial period, because it is before greenhouse gas-spewing industrial activities kicked into gear but still relatively recent. It was also after the unusually cold period called the Little Ice Age driven by volcanic eruptions and solar activity.

"Reframing our definition of pre-industrial to the 18th century makes a lot of scientific sense,” Nerilie Abram, one of the authors of the Nature study who was not involved with the new work, said in an email.

To figure out how much temperatures have risen since then, Ed Hawkins, a climate scientist at the University of Reading in England, and his co-authors back-calculated the temperature record using measurements of factors that affect climate, such as solar activity and volcanic eruptions,  as well as more local temperature records that extend further back in time.

This suggests that using the late 19th century baseline captures the bulk of the warming that has occurred from human activities.

Hawkins and his co-authors calculated that the amount of warming through 2016 would be about 1°C (1.8°F) above the late 19th century and possibly slightly higher, findings in line with other estimates. The year 2015, the hottest on record until it was just surpassed by 2016, was likely the first year to pass this mark, they said.

However, that 1°C is likely just a lower bound of warming, Hawkins said, with the possibility that up to another 0.2°C can be tacked on if truly comparing to a pre-industrial baseline. This difference in warming matters more if countries want to aim for the tougher 1.5°C warming limit, Hawkins said.

“It doesn’t change that big picture,” he said, “but if you’re a policymaker and you’re very serious about 1.5°C” the difference between 1°C and 1.2°C of temperature rise is much more important than it is for a limit of 2°C. (Hawkins has also developed different visualizations of this warming, including a spiral showing global temperature rise that went viral last year.)

To avoid the uncertainty inherent in any evaluation of a pre-industrial period, the authors suggest that it might make more sense to define further temperature rise from a more recent time period. Abram disagreed, saying that could “take attention away from how much damage has already been done and just how quickly we are approaching levels where the scientific evidence tells us we risk causing very dangerous climate changes.”

Gavin Schmidt, director of NASA’s Goddard Institute of Space Studies, said in an email that while the study “highlights a real issue,” the difference in baselines “really doesn’t change what one might do policy-wise, nor does it reduce future impacts of any additional CO2 emission.” Schmidt wasn’t involved in the study.

However, Michael Mann, a Penn State climate scientist who also wasn’t involved in the study, thinks that defining the pre-industrial baseline does matter. He said the findings of the new study agreed with work he has done on the subject.

“It matters, because it actually indicates that we have more work to do than we might have thought to avoid 2°C warming relative to pre-industrial, what has been defined in policy circles as ‘dangerous’ human-caused warming,” Mann said.