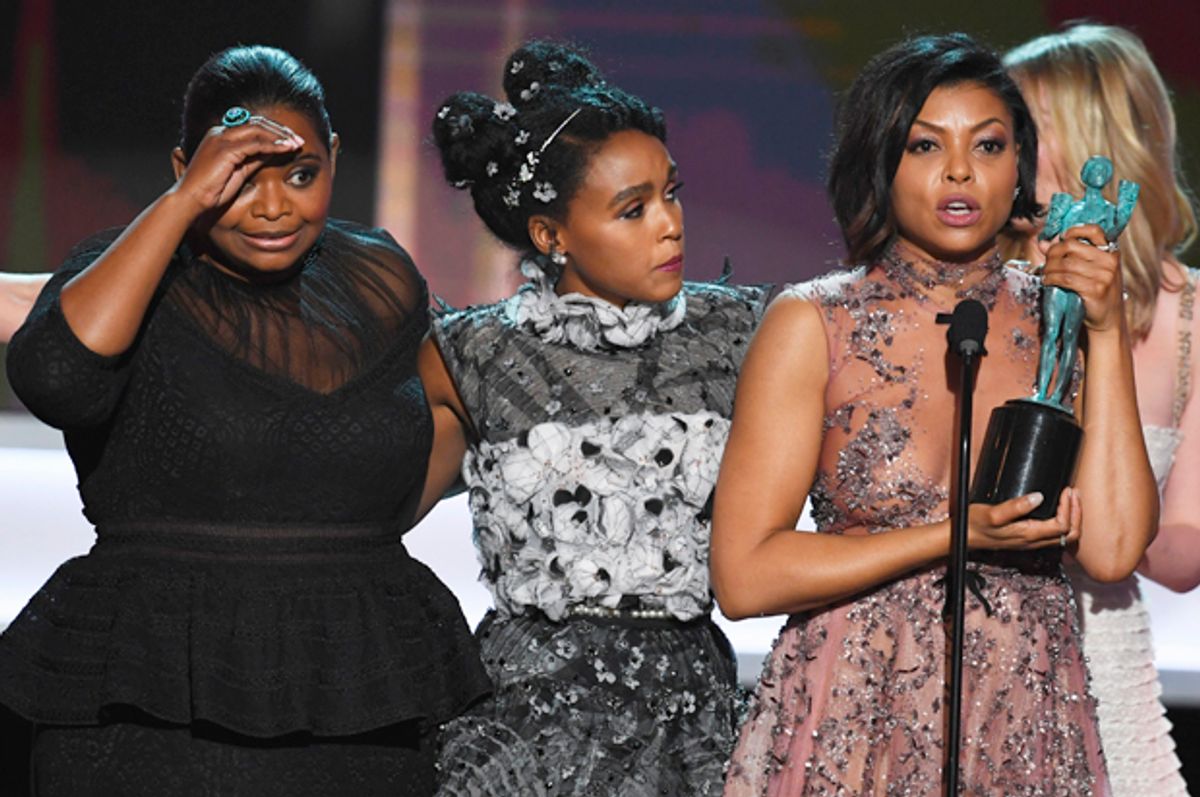 Sunday night's award show sponsored by the Screen Actors Guild‐American Federation of Television and Radio Artists took a serious turn toward activism and speaking up beyond the typical revelry of the lighthearted awards show. Amid a weekend of chaos and confusion as a result of President Donald Trump's executive order, which barred travelers from certain Muslim-majority countries from entering the U.S., celebrities declared their support for those detained at airports around the country.

It took roughly 15 seconds for the show's tone to be set, when host Ashton Kutcher opened his monologue with "Good evening, fellow SAG-AFTRA members and everyone at home  and everyone in airports that belong in my America. You are a part of the fabric of who we are. And we love you, and we welcome you."

Julia Louis-Dreyfus, who won an award for best actress in a comedy series for "Veep," used her speech to roast Donald Trump's insecurities about his crowd sizes and the legitimacy of his Electoral College win, before becoming serious about her status as the daughter of an immigrant. "This immigrant ban is a blemish and it is un-American."

David Harbour, a star of "Stranger Things," gave an impassioned speech about the need to stand up for what you believe in.

Mahershala Ali delivered a stirring speech following his "Moonlight" win: "My mother is an ordained minister. I am a Muslim. She didn’t do backflips when I called her and told her I converted 17 years ago. But we put things to the side and I was able to see her. She is able to see me. We love each other. The love has grown, and that stuff’s minutiae. It’s not that important," he said, adding, "When you persecute people, they fall into themselves."

But maybe it was Taraji P. Henson who summed up the mood best during her win for "Hidden Figures."

"This story is of unity; this story is about what happens when we put our differences aside and come together as a human race," she said. "We win. Love wins, every time."