A tale of two countries: Thanks to President Trump, America is now engaged in a civil war of sorts 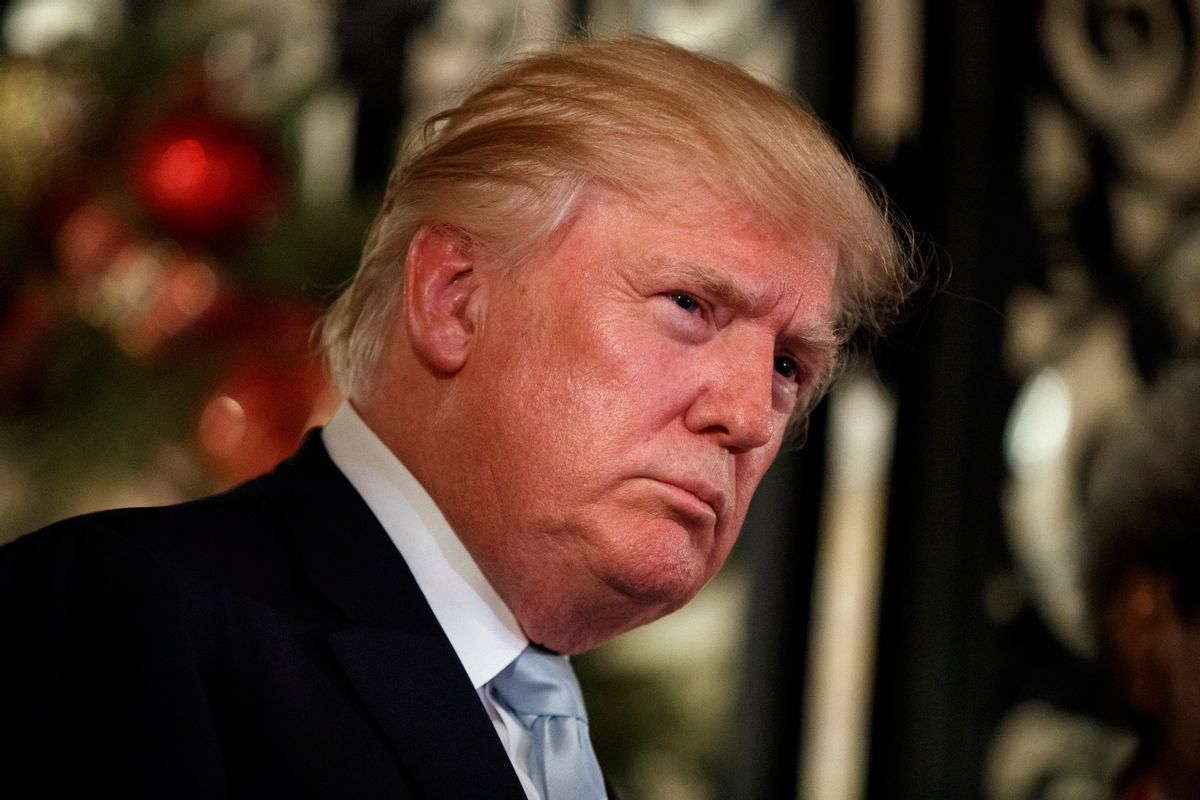 The storm clouds that gathered over the inauguration seem like a portent. Jan. 20, 2017, a dark day, is likely to live in infamy alongside the attack on Fort Sumter, Black Friday, Pearl Harbor, JFK’s assassination and 9/11. Historians may see it as the day the Great Collapse began — the day when our political and moral values ruptured with the ascension to the presidency of the most dangerous man in American history. Nothing good can possibly come of this. Nothing good will.

Still, the next day, the skies brightened over Washington, which may also be a portent. Compared to the paucity of folks who showed up for Trump’s inauguration, the hundreds of thousands of marchers who turned out to protest the new president’s policies and assert their own power, along with the millions across the country and around the world who did the same, were yet another reminder that there are more folks who despise Trump and what he represents than there are people who love and support him. These people sometimes get short shrift in the media, and not just in the right-wing media. We tend to prioritize the white working class as if they were, in the old Republican canard, more authentic than minorities, white-collar workers and the educated of all colors.

Even when this is well-intentioned as a way to convey the misery of the seemingly forgotten, I don’t think we recognize the harm it does. In the first place, it is an antiquarian way of thinking about America that minimizes the fact that there are more of us than there are of blue-collar whites. In the second, it ignores the fact that authenticity doesn’t belong only to those who drive pick-ups, join the NRA, go to work in jeans and support Trump. The folks who marched are authentic, too. Minorities are authentic. Women are authentic. The college-educated are authentic. Authenticity is another wedge — a conservative scheme to confer moral authority on some and divest it from others. Don’t let them do it.

What Jan. 20 and Jan. 21 dramatized is a tale of two countries: Trump’s and the anti-Trump’s. There is a wide and, I think, unbridgeable division between the two, but they are not divided along the lines of authenticity, salt of the earth versus the sea salt of the earth. There is a vigorous and vehement minority, full of grievance and self-righteous rage, most of them clustered in the South and rural America, most of them loving Trump not because he promises to roll back globalization and automation and immigration to give the petulant better jobs, but because he promises to roll back every social and cultural advance this nation has made.

Then there is a less vigorous, less vehement majority, mainly on the coasts and in cities and suburbs, most of them detesting Trump because he is a moral vacuum and a threat to the slow progress this country has made in so many areas, but who really couldn’t begin to countenance that something like this could happen to their country. Trump was the victor of complacency.

These two Americas are now engaged in a civil war. Jan. 20 and Jan. 21 were each side’s declaration. If there is any good news as we head to battle it is that the majority may be complacent no longer.

This is not, however, only — or even substantially — a political war. Nor is Jan. 20 a momentous day in human history because of the shift of political power from the majority to the minority. Long before Jan. 20, the minority — the conservatives — held a disproportionate amount of that power, thanks largely to gerrymandering and a federal system that awards Wyoming the same number of senators as California. What makes the day epochal, possibly one of the most significant in history, is that Jan. 20 strikes at the very heart of nearly 300 years of human achievement. It does not just indicate the end of the political order as we have known it, though it certainly does that. Far more important, it announces the beginning of the end of the Enlightenment itself. And that is the real American divide: between those who believe in the Enlightenment and those who seek to undo it.

The Enlightenment of the late 17th and early 18th centuries is one of the great intellectual and cultural transformations of humankind. The Age of Enlightenment, also known as the Age of Reason, emphasized reason over faith, science over superstition, methodology over received wisdom, individualism over the mass, the secular over the religious, psychology over original sin and, in politics, a social contract among citizens over a social order supposedly laid down by God. In Trumpian terms, you might say that it challenged “alternative facts” with verifiable facts, subjectivity with objectivity, authoritarianism with democracy.

The last 240 years have been dedicated to realizing those values, especially democratic values. Progress has been halting, and the forces of conservatism have fought mightily to reverse course — Al Gore wrote a book titled "The Assault on Reason" 10 years ago — but the march has always been forward toward greater rationality and greater democracy if only because there has been an ever-growing number of educated Americans steeped in reason.

You have a strong feeling that those Founding Fathers, children of the Enlightenment, would be reeling were they to see what has happened to their experiment — reeling to see that America failed and that the march forward has finally ended. For make no mistake, Trump’s assault isn’t primarily on minorities or women or the educated or other countries that challenge American hegemony (outside of Russia) — though it is all those things.

It isn’t even an assault on liberalism; intellectual conservatives purport not to like Trump much either. His real assault is on reason itself and on all the things that the Enlightenment embodied. This is what makes him so dangerous and so difficult to defeat. Like the worst villains of modern history, he wants to destroy the very basis of Western culture — the very thing that can keep dictatorial demagogues at bay. There is a tragic irony that it is happening here in the very showcase of the Enlightenment.

Political damage can be undone, however long it may take. The damage to a way of thinking, while harder to inflict, is also harder to repair. You may sympathize with the dissatisfactions of Trump’s supporters, but you cannot, must not, sympathize with this: They do not believe in reason. They never will. They have their own set of facts, their own notion of evidence, their own concept of reality. That is why there will never be a rapprochement between these two Americas. They just don’t believe differently. They think differently.

Fake news, climate change denial, the insistence on the connection between vaccinations and autism are all symptoms of unreason. And it was certainly noteworthy that Trump spent his first day in office declaring that his Inauguration was the largest in history, against all scientific evidence, or his following days in office declaring that he had actually won the popular vote because millions of undocumented immigrants were allowed the ballot; again, even though there is absolutely no evidence to support this confabulation.

Get used to it. It is what dictators do. They tell big lies. They destroy enlightenment for benightedness.

And that is what is now at stake in this cleaved nation. My daughters returned from Washington energized and eager. They seemed to understand that this wasn’t just about saving the republic from populist bigots. They realized it was about saving reason itself and all the considerable bounty that has flowed from the Enlightenment.

I would like to think that maybe in taking on Locke and Bentham and Jefferson, Trump the ignorant bully picked on the wrong folks. This I do know: There are more of us than there are of them, and while they have their alternative facts, we have the real facts; while they have propaganda, untruth and bluster, we have rationality. That rationality was powerful enough to change the world. Now we ask: Will it be powerful enough to rebuff a narcissistic tinhorn autocrat who is trying to destroy it?