Sean Spicer pointed to the attack as a reason Trump’s ban was needed, but no ban could have prevented this 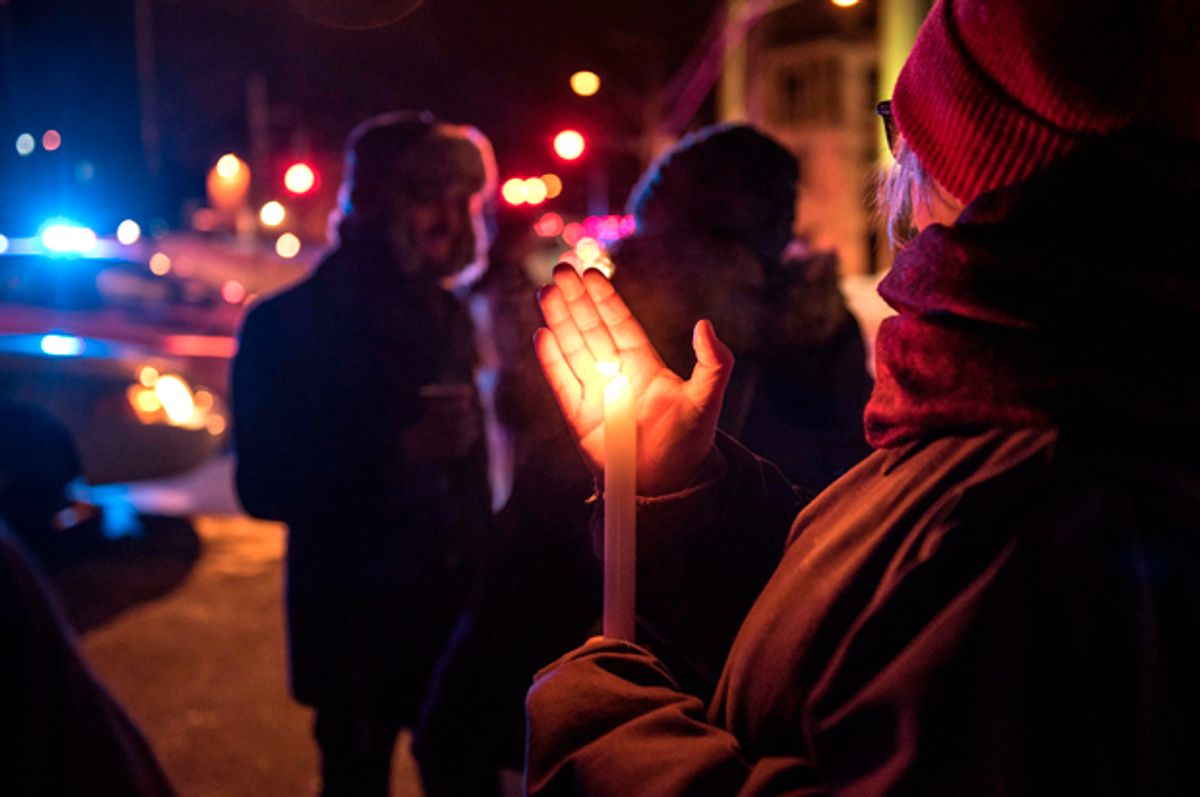 Fox News and other media outlets earnestly reported Monday morning that the suspect was of Moroccan origin.

Police did arrest a Moroccan man at the scene, Mohamed el Khadir, but he was actually a witness who was not involved in the shooting. That didn't stop White House Press Secretary Sean Spicer from suggesting on Monday that President Donald Trump's national security policies would have prevented the terrorist attack. During his press briefing, Spicer said that the mosque shooting was a "terrible reminder why the president is taking steps to be proactive, rather than reactive.

As Intercept founder Glenn Greenwald noted, there is often confusion in the hours after a serious attack.

It is usually the case that there is significant confusion in the wake of attacks of this sort. And local police did apparently arrest two suspects at first: both Bissonnette along with el Khadir. And until the investigation is complete, one cannot know for certain what the motives here were. One should be careful about trying to infer too much from a hodgepodge of Facebook “likes” and, this early, even anecdotal claims about his political views.

Bissonnette is charged with six counts of first- degree murder and five counts of attempted murder, The Associated Press reported. Bissonnette made a brief court appearance at which he wore a white prisoner jumpsuit and did not enter a plea; "he stared at his feet and fidgeted during the hearing." His next court date is Feb. 21.