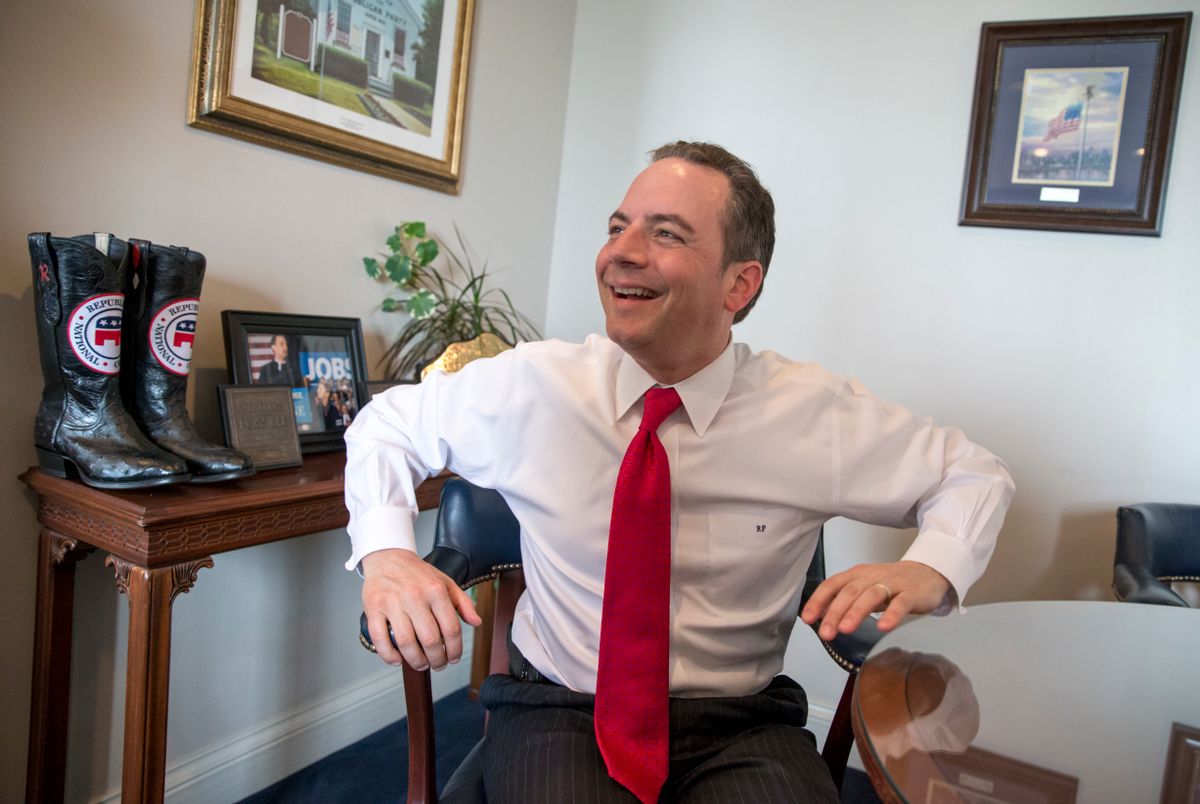 Facing mounting criticism for omitting a reference to Jews and anti-semitism in a statement honoring Holocaust Remembrance Day, Reince Priebus, the White House chief of staff, doubled down on the language over the weekend.

"I mean, everyone's suffering in the Holocaust including, obviously, all of the Jewish people affected and miserable genocide that occurs — it's something that we consider to be extraordinarily sad," Priebus said. "If we could wipe it off of the history books, we would. But we can’t.”

The White House saw swift condemnation for the 117-word statement. Even Jewish groups that backed Trump during his presidential campaign expressed disappointment.

Mort Klein, the president of Zionist Organization of America, said in response to the statement: "Especially as a child of Holocaust survivors, I and ZOA are compelled to express our chagrin and deep pain at President Trump, in his Holocaust Remembrance Day message, omitting any mention of anti-Semitism and the six million Jews who were targeted and murdered by the German Nazi regime."

Sen. Tim Kaine, the Democratic nominee for vice president, suggested it was not a coincidence that President Trump issued an insensitive statement about the Holocaust on the same day he signed an executive order that "imposed a religious test on Muslims."

"This is what Holocaust denial is," Kaine declared. "It's either to deny that it happened or many Holocaust deniers acknowledge oh, yeah, people were killed but it was a lot of innocent people, Jews weren't targeted. The fact that they did that and imposed this religious test against Muslims in the executive orders on the same day, this is not a coincidence."