These women won't be stopped: Number of scientists advocating for equality surges to 14,000

A growing number of scientists are pushing back against the rise of the current disregard of facts in D.C. 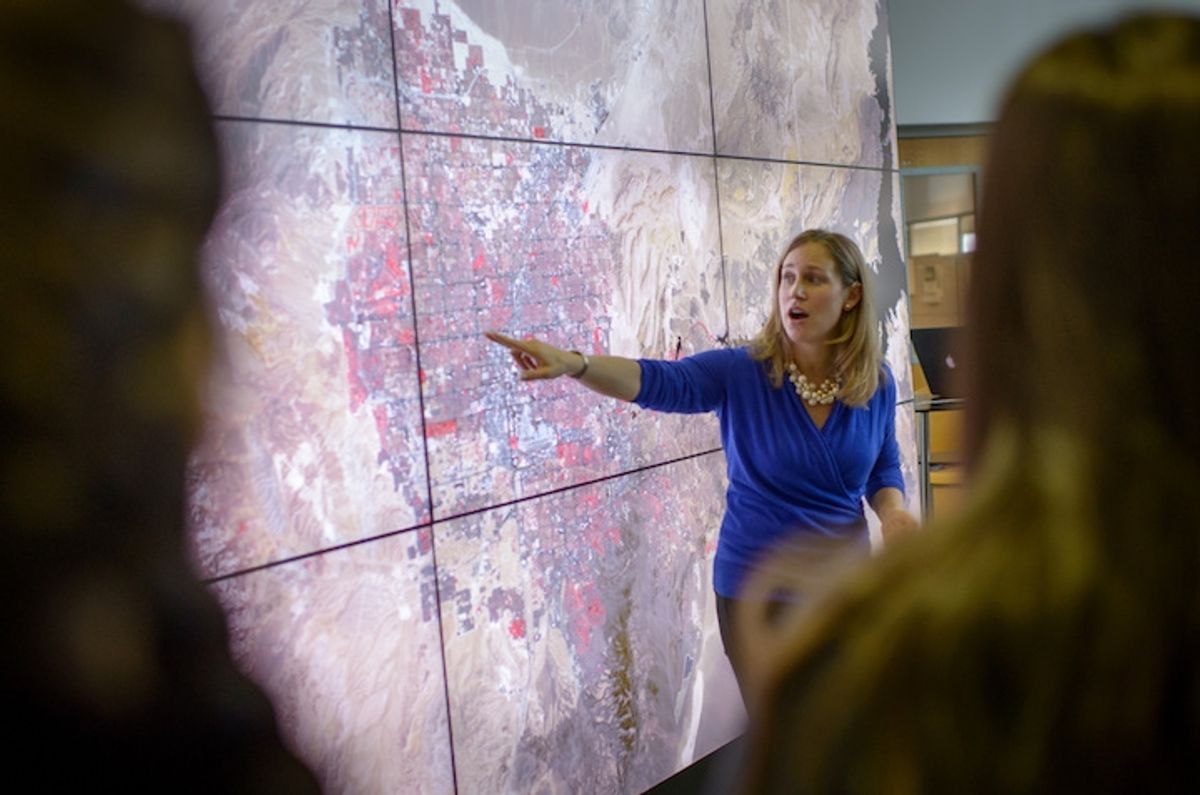 It started as a group text message among four friends from graduate school about new kids, puppies and jobs. You know, the successes and struggles that are the building blocks of everyday life.

In the wake of the election, the discussion changed. While everyday life continued, the four friends — all women working in the climate and ecology fields — faced a new reality. Their discussions turned into an email chain, which grew to include a group of women, until finally it spawned a pledge of inclusivity in science and the need for reason in politics that’s now been signed by more than 14,000 women in science.

It’s part of a growing movement of scientists pushing back against the rise of what can best be described as a disregard of facts. Trump’s Cabinet nominees all dodged questions on climate, for example, and the Bulletin of the Atomic Scientists recently said the world is closer to Doomsday because of the swell of anti-science rhetoric. Scientists have been coordinating online and organizing marches to protest these developments (a number also participated in last weekend's Women's March).

“[The Trump administration] directly impacts me,” Sarah Myhre, a paleoclimate postdoc at the University of Washington and a pledge signatory, said. “My job security, the currency or value of my work in the public eye, where my research funding will come from, how I chart my career path: it impacts everything.”While inclusive of all scientific disciplines, Jane Zelikova, one of the original texters and a fellow at the Department of Energy, said climate change was one of their top priorities in drafting the pledge. That’s in part because Zelikova and her friends work in scientific fields and at agencies closely focused on those issues, but also because the climate field had been one singled out by the Trump administration for cutbacks.

Beyond climate research and policy, the administration has also signaled a shift away from fact-based policy making. Moreover, early executive actions on immigration and reproductive issues have underscored that women, minorities and immigrants could face further setbacks under Trump, to say nothing of his comments released during the election about sexually assaulting women.

All of these issues have factored into the 500 Women Scientists’ pledge. It’s also why the group blew past its initial goal of signatories. As of Friday, more than 14,000 women scientists had added their names. There has also been an outpouring of international support, with signatories from 109 countries. “Much of the science useful to me and my country originates in the U.S.,” said Andrea Vincent, a climate-focused ecologist at the University of Costa Rica and a pledge signatory. “At the same time, the U.S. benefits from our discoveries and perspectives, i.e. from scientists abroad engaged in collaboration with U.S. scientists. Science is a deeply interconnected community of people from around the world.” While Trump’s election was the catalyst, the group is about much more than confronting the president. It’s focused on combating systemic disparities in science.

Women also face a pay gap, with female faculty members earning 11 percent less than their male counterparts in the United States, and many women have to deal with the challenges of raising a family while trying to advance their careers. In short, there’s still a lot of work to be done to ensure that women and men in research careers are on equal footing (as is true for any number of other fields).

Making science more inclusive has the potential to unlock new lines of research and thinking. It also increases the odds of asking — and answering — questions that matter to an increasingly diverse population. In fields like climate change, this is particularly important because the impacts will disproportionately affect poor communities.

Kelly Fleming, another founder and fellow at the Department of Energy, said the group will focus on mentoring and supporting women in science as well as helping scientists engage communities that can use science to solve their problems.

A number of signatories said the twin themes of the need for science and inclusivity resonated with them.

“I signed the letter because I felt like it was an important moment to express that I think all people are important, regardless of their gender, race, religion or nationality, among other things,” Angie Pendergrass, a postdoc at the National Center for Atmospheric Research, said. “And also that I think we need to be honest with ourselves about facts. It's my job as a scientist to do my best to establish what those facts are.”

The themes will also drive what comes next for the group, which is in the process of applying for nonprofit status. While the group will help women in science, it will also stand as a strong watchdog against the politicization of science by governments — not just in the United States, but abroad as well.

“We’re not backing down, and we’re not going away,” Zelikova said. “You’ve woken up a giant. We haven’t been active before but now we are watching you. You have thousands upon thousands of PhDs who know how to gather information and assess it quickly and now we’re watching you.”