The argument for building a wall is founded on a falacy that the U.S. is under siege from undocumented immigrants 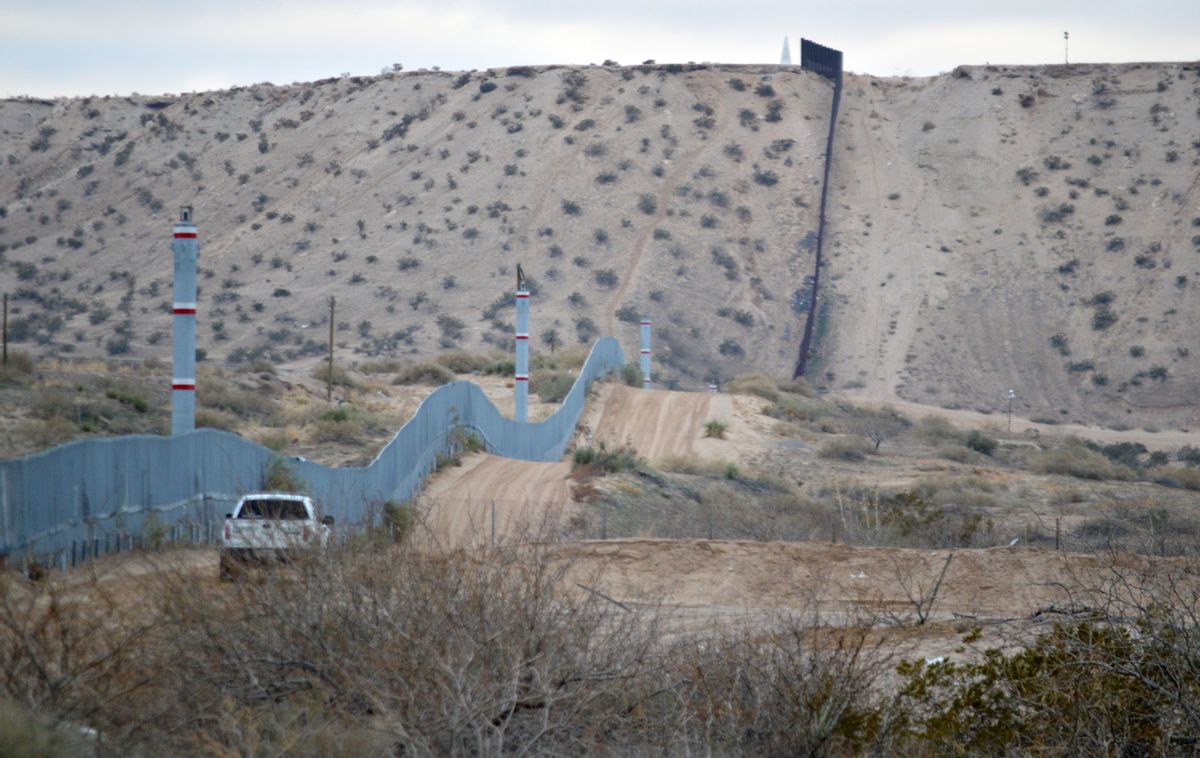 In signing an executive order last week ordering the “immediate construction of a physical wall” along the United States’ border with Mexico, President Donald Trump generated exactly the news coverage he wanted: articles highlighting the president’s unprecedented action that could give the impression he’s addressing a surging problem of undocumented immigrants flooding into the United States.

The New York Times reported that Trump had begun “a sweeping crackdown on illegal immigration.” The paper stressed, “Taken together, the moves would turn the full weight of the federal government to fortifying the United States border,” and that Trump’s plan “called for a newly expanded force to sweep up immigrants who are in the country illegally.”

According to The Washington Post, “President Trump on Wednesday began putting in place his plan to ratchet up immigration enforcement.”

The tone of these pieces about his planned wall very much reflected Trump’s get-tough rhetoric this week: He was taking aggressive action to stem a growing problem. “Beginning today, the United States gets control of its borders,” the president said this week. He told ABC's David Muir: “It’s going to be very hard to come in. Right now, it’s very easy to come in.”

Like his attempts to spread lies about the U.S. unemployment rate (not to mention lies about the size of his inauguration crowd), Trump’s argument for building a wall is built on the fabrication that America is under siege from undocumented immigrants.

While some publications, like the Huffington Post and Politico, included this crucial context for Trump’s wall proposal, each of those articles cited above from the Times, the Post and Associated Press, failed to note that Trump was proposing a radical fix for a dilemma already in decline. And that seems to have been the press pattern, as news updates downplayed or ignored the slower rate of immigration across the Mexican border. This NBC report doesn’t mention it until the 16th paragraph; this CNN report made no mention of it at all.

Clear-headed coverage that provides context for Trump’s colossal wall proposal should spell out that his multi billion-dollar construction projection is designed to address a problem that spiked 10 years ago when the total undocumented population hit an all-time high.The press shouldn’t allow Trump to paint a portrait of America being overrun when that simply is not true.

The failure is part of a larger problem where journalists allow Trump to create his own -- often dystopian -- realities about America. Like the way the president promised to fix the “carnage” of America during his inauguration address, and how he routinely insists the crime rate in this country is rocketing upward.

Those Pew numbers were reinforced by a 2016 study by demographer Robert Warren, which found that the number of undocumented immigrants living in the U.S had dropped to 10.9 million in 2014.

Trump’s signature policy initiative of building a concrete wall along a nearly 2,000-mile border with Mexico is based on a falsehood about undocumented immigrants. The press needs to include that central context.