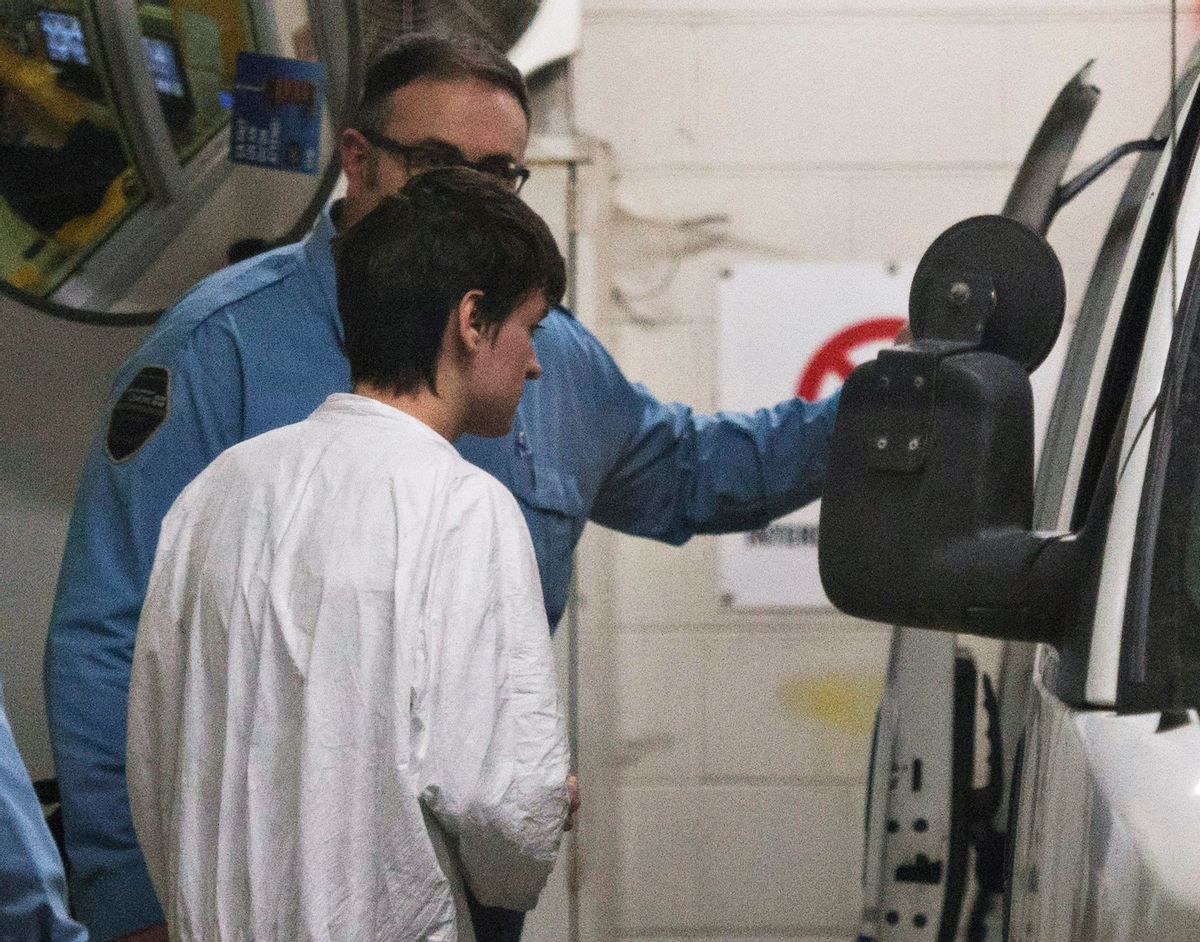 The suspected shooter who carried out a massacre of Muslims praying at a mosque in Quebec, Canada, is a strong supporter of far-right U.S. President Donald Trump and a right-wing extremist, according to his former classmates, acquaintances, and social media accounts.

The suspected assailant, 27-year-old Alexandre Bissonnette, is a white Canadian who has expressed far-right, anti-Muslim, anti-immigrant, anti-feminist, and pro-Israel views.

"He really liked Trump and had a permanent grudge against the left," explained Éric Debroise, who knew Bissonnette and contacted the police after the attack. (Quotes are original translations from French.)

"He has right-wing, pro-Israel, anti-immigration political ideas," Jean-Michel Allard-Pru, another classmate, said of Bissonnette, who was a student at Laval University.

Canadian newspaper The Globe and Mail reported that the suspected shooter "was known in the city's activist circles as a right-wing troll who frequently took anti-foreigner and anti-feminist positions and stood up for U.S. President Donald Trump."

François Deschamps, who runs a refugee support page on Facebook, told the publication that Bissonnette was an abusive far-right internet troll "who made frequent extreme comments in social media denigrating refugees and feminism."

Multiple people who knew Bissonnette linked him to the far-right, nationalist, racist "Identitarian" movement, which is on the rise in Europe and North America.

Bissonnette's extreme right-wing views were similarly inspired by Marine Le Pen, the far-right politician who may become the next president of France. Like Trump, Le Pen campaigns on racist, anti-Muslim, white nationalist policies.

On his personal Facebook page, Bissonnette liked the pages of both Trump and Le Pen. (Bissonnette's Facebook profile was taken down after the attack, but it is archived here.)

A pro-refugee group in Quebec City wrote on Facebook that activists knew of the suspected shooter because of his extreme "Identitarian, pro-Le Pen, and anti-feminist positions."

Bissonnette also liked the Facebook pages of the Israel Defense Forces and the pro-Israel group United with Israel. The Israeli government is extremely right-wing, and Prime Minister Benjamin Netanyahu has expressed staunch support for President Trump and his anti-Muslim, anti-immigrant policies.

After the massacre at the Quebec Islamic Cultural Center, police initially detained two people — Bissonnette and Mohamed Khadir, who is Muslim. Khadir was widely reported to be another suspect, but he was quickly released and police made it clear that he was a witness, not an assailant. This, however, did not stop anti-Muslim, anti-immigrant groups from distorting the facts surrounding the events.

President Trump's far-right administration and right-wing news sources jumped on the opportunity to misleadingly blame the attack on a Muslim. White House Press Secretary Sean Spicer tried to use the rumor to justify President Trump's racist ban on Muslim refugees and migrants. But in reality the opposite is true: the suspected shooter is a white Canadian who massacred Muslim migrants. The victims were largely from North Africa.

As if often the case with terrorist attacks carried out by white right-wing extremists, media reports and government officials claimed the shooting was a "lone wolf" attack, and gave very sympathetic coverage to the suspected shooter, portraying him as "timid," "lonely," and "kind."

Far-right terrorism is on the rise in North America. In the U.S., residents are significantly more likely to be killed by right-wing extremists than they are Islamist extremists.