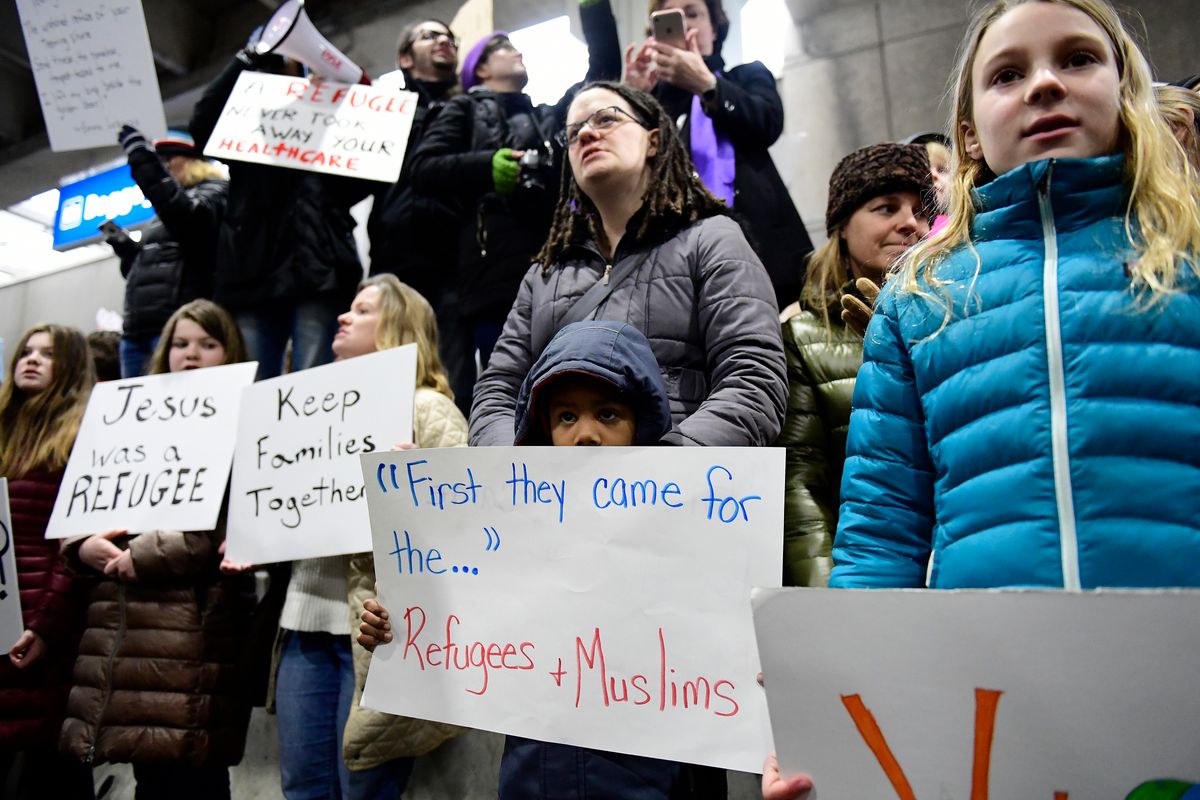 “I am responsible for ensuring that the positions we take in court remain consistent with this institution’s solemn obligation to always seek justice and stand for what is right,” Acting Attorney General Sally Yates wrote in a letter to Justice Department lawyers, CNN first reported. “At present, I am not convinced that the defense of the executive order is consistent with these responsibilities nor am I convinced that the executive order is lawful.”

Trump on Friday signed an executive order imposing a 90-day ban on nationals from seven predominantly Muslim countries entering the United States. The order also includes a 120-day ban on admitting any refugees and an indefinite stop on accepting refugees from war-torn Syria.

Yates, an Obama appointee who served as former attorney general Loretta Lynch's deputy, is serving as the nation's top lawyer until Trump's attorney general nominee, Jeff Sessions, is confirmed by the Senate.

Currently, there are cases filed in at least five states including Virginia, New York, Massachusetts, Washington and California that are challenging Trump's order. Several courts had already issued orders that led to the release of some individuals detained due to the executive order. But the refusal of the Justice Department to defend the immigration order leaves it in legal limbo.

“For as long as I am the acting attorney general, the Department of Justice will not present arguments in defense of the Executive Order, unless and until I become convinced that it is appropriate to do so,” Yates wrote.

Yates' order is enforced only until she leaves office.

While Yates' letter is partly symbolic, it is likely to put her two decade-long career at risk. Trump has the power to fire her and very well could, though that would send a potentially damaging signal for how he views the department’s prosecutorial independence.

Yates' decision came after a letter signed by over 100 former officials who served under past presidents from both parties called on the Department of Justice and the Department of Homeland Security to urge President Donald Trump to “revisit and rescind” the executive order on immigration and refugees.

The letter argued that Trump’s order will “harm our national security” and that “we risk placing our military and diplomatic efforts at risk by sending a clear message to those citizens and all Muslims that the United States does not have their backs.”

The signatories said they are worried department heads and members of the intelligence community were not able to vet the order.

The suddenness of this Order is also troubling,” the letter reads. “The fact that individuals cleared for admission were literally in the air as the Order went into effect speaks to the haste with which it was developed and implemented.”