WATCH: Meet Warren Buffett, the man behind the mind — and the money 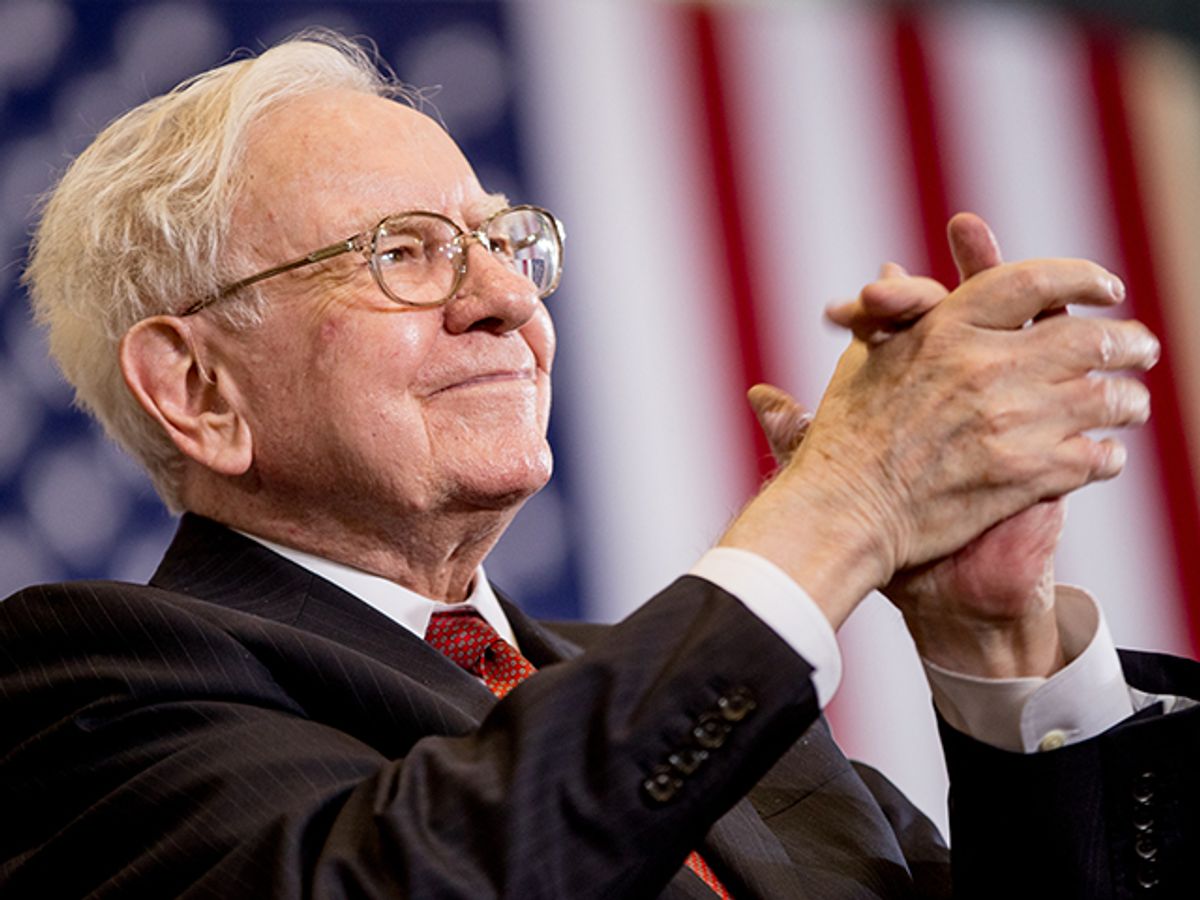 Warren Buffett sits in his Cadillac at the drive-up McDonald's window. He orders a $3.17 Egg McMuffin with cheese, and politely thanks the cashier when she hands him a bag. Then he addresses the camera and explains that when the market is down, he consciously buys the cheaper $2.95 sausage sandwich option; also, his wife knows just how much in cash and coins to put in the car cupholder to pay for it.  This is a scene from "Becoming Warren Buffett," a new HBO documentary film about the so-called "Oracle of Omaha."

The father-son production team behind "Becoming Warren Buffett" is Peter and Teddy Kunhardt. They sat down with me to discuss their experience getting a behind-the-scenes view of what Buffett is really like -- at the office, at home, and with his family.

Notably, in press photos released by HBO from the film's recent New York premiere, at which Buffett was the guest of honor, a McDonald's bag was prominently displayed on the elegant  banquet table otherwise set with wine glasses and canapés. Apparently, the enigmatic, curious and routine-driven Buffet (who is valued at $60 billion) has a real penchant for the fast food chain, and has for years.

This is one of the quirks of his character presented in "Becoming Warren Buffett," which at nearly 90 minutes paints a candid picture of a young genius fascinated by numbers.  As a boy, Buffett played math games with his friends, which they bet on; and, because they were numeric games, not games of chance, he always won. Buffett, of course, grew into one of the wealthiest investors and philanthropists the world has ever seen. And he's determined to give the lion's share of what he makes away to those who can use it.

"Ninety-nine percent of what I make will go to others," says Buffett without pretense, and he means it. "What you see of Warren on camera is the same as when the cameras are off," said Teddy Kunhardt.

Buffet is a man who takes no chances, and is always precise. When he met Bill Gates years ago, as Gates recalls in the film, the two geniuses were asked to write down what they thought the most important skill was for success. In tandem, without conferring, they both wrote the word "focus."

A man of limited social gifts (by his own account), Buffett, now age 86, still lives in the same home in Omaha he bought years ago with his late wife, Susie, and drives himself to the office every morning. His famous humility was apparent when the filmmakers showed up to interview him and were surprised to find Buffett himself opening the front door at Berkshire Hathaway, the fourth-largest public company in the world.

The film explores not only the highs and lows of Buffett's career, including the Salomon Brothers treasury bond trading scandal, but also spends time on his social and personal life. It shows him to be an exacting, emotionally limited man who was humanized by his late wife: She was evidently the reason Buffett was able to speak freely on camera about his limitations and her contributions to the family. Their three children, he says, benefited immensely from her love and sense of empathy, qualities that did not come naturally to him. Yet, his daughter Susie remembers him as a loving father who rocked her to sleep as a child.

Director Peter Kunhardt is an Emmy winner for his previous film, "Jim: The James Foley Story," and has made previous HBO films about Richard Nixon, Gloria Vanderbilt and Ted Kennedy. The Kunhardts are known for chronicling the lives of famous and often enigmatic people through live interviews, archival footage and retellings. What's most identifiable is their use of a subject's own words to create a narrative arc. After spending a month in Omaha with Buffett over the course of filming, they came to see why he has been described as an "oracle." Buffett likes to be alone, is steadfast in his beliefs and moral compass, is a voracious consumer of news and is always on time to the second.

"In this world of political hostility, Warren is a rock. He has always believed America will succeed and do amazing," said Teddy Kunhardt. "Whether it's 9/11 or the banks crashing, we all turn to Warren to be reminded that this is an amazing country we live in, and it's going to do well over time ... to just keep at it."