On the Senate floor, the Republican senators said that DeVos was ill-prepared to run the education department 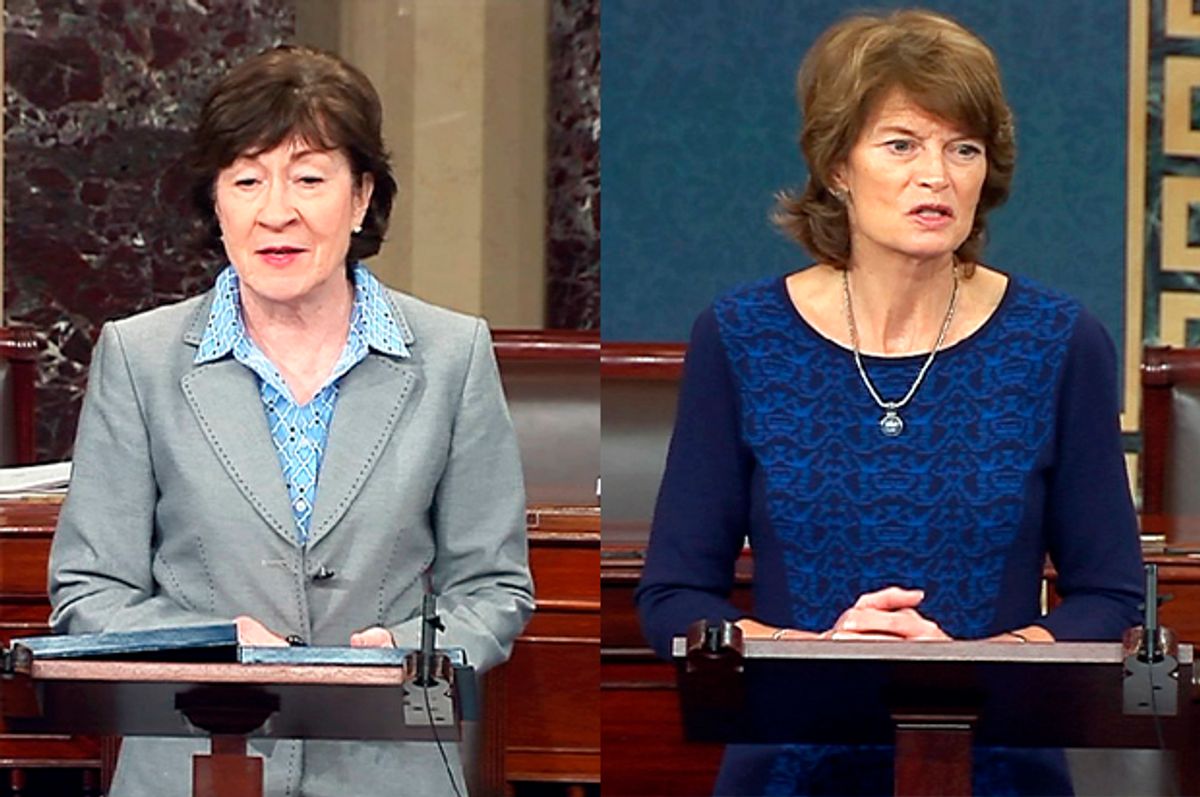 Resistance to Betsy DeVos, President Donald Trump's pick for education secretary, has resulted in two Republican senators declaring their opposition to her. Senators Susan Collins and Lisa Murkowski said on Wednesday that they intend to vote against DeVos, meaning there is a likely 50-50 tie in support of her confirmation.

Speaking on the floor of the Senate, Maine Sen. Collins revealed she had serious concerns that DeVos would fail traditional public schools in her state and around the country.

"Ms. DeVos is the product of her experience. She appears to view education through the lens of her experience promoting providing alternatives to public education in Detroit and other cities, where she has no doubt done valuable work," Collins said. "Her concentration on charter schools and vouchers, however, raises the question about whether or not she fully appreciates that the secretary of education's primary focus must be on helping states and communities, parents, teachers, school board members and administrations, strengthen are public schools."

Collins indicated that some of DeVos' answers during her confirmation were insufficient for an education secretary.

"I am troubled and surprised by Mrs. DeVos' apparent lack of familiarity with the landmark 1975 law, the Individuals with Disabilities Education Act [IDEA] that guarantees a free and appropriate education to children with special needs," the senator said.

Murkowski, the senior senator from Alaska, said that the outreach she has heard from constituents has compelled her to vote against DeVos' confirmation.

"I have heard from thousands, truly thousands of Alaskans who share their concerns about Mrs. DeVos as secretary of education. They contact me by phone, by email, in person and their concerns center, as mine do, on Mrs. DeVos' lack of experience with public education and the lack of knowledge that she portrayed in her confirmation hearing," Murkowski said.

Sen. Murkowski also shared her colleague's concern about the enforcement of IDEA under a DeVos-led education department.

"Alaskans are not satisfied that she would uphold federal civil rights laws in schools that receive federal funds. They question her commitment to students with disability rights under IDEA," Murkowski said. "They fear that the vouchers programs that are intended to serve them may actually rob them of their opportunity to benefit from an education in an inclusive environment with their non-disabled peers."

The senators' defections put DeVos' confirmation at serious risk. If one more Republican flips his or her confirmation, President Trump will have to find a second option. If Republican leadership can maintain the 50-50 tie, then Vice President Mike Pence could break the tiebreaker.

Watch the senators' speeches below: