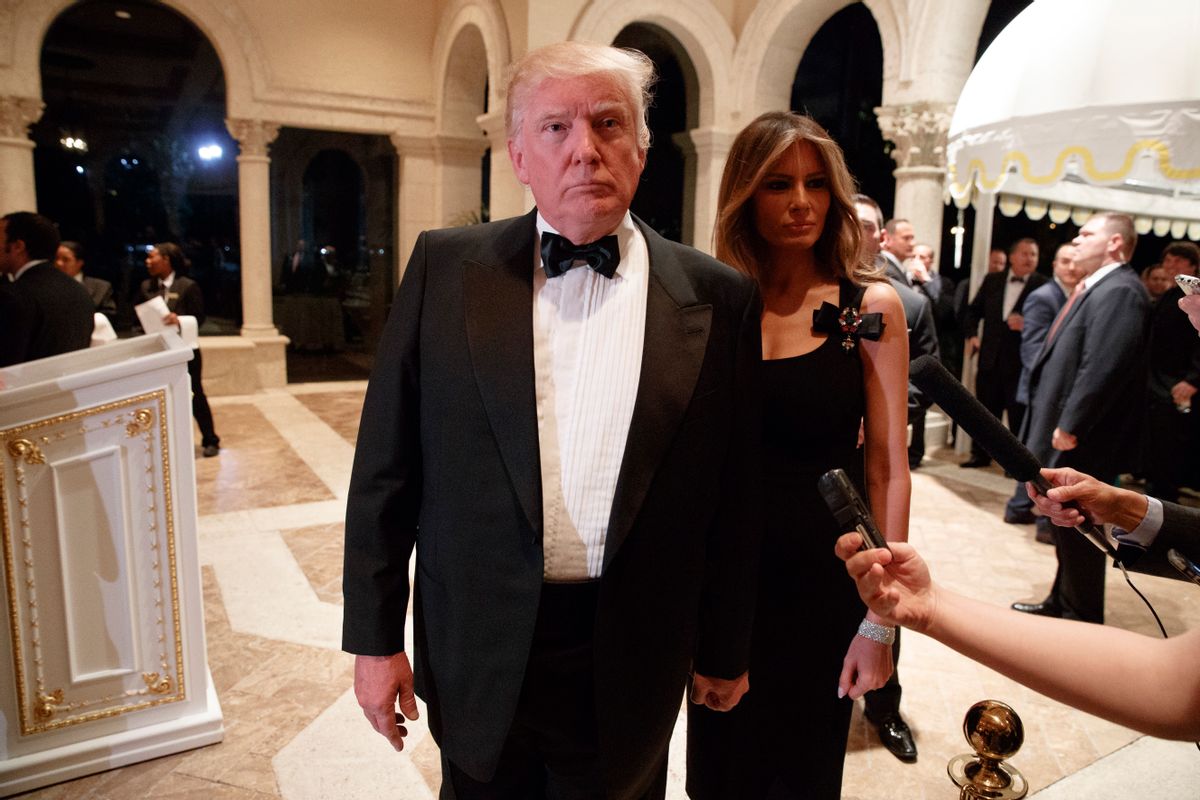 Melania Trump may not come down from her tower after all. Sources close to the first lady indicated she has not yet decided if she will move to the White House.

Immediately after his electoral victory, then-President-elect Donald Trump told reporters that he would be moving into the White House after he was sworn into office, but that his wife and 10-year-old son Barron would temporarily stay in Manhattan to allow their son to finish the school year.

Now the first lady appears to be experiencing cold feet.

"They will reevaluate toward the end of the school year if they will keep this arrangement or if Melania and Barron will move to Washington," a source told Us Weekly. "They could go either way right now. They will ultimately do what's best for Barron."

President Trump did plan on having his wife and son visit on weekends, but the unrest that has turned out in the wake of his immigration ban has affected the arrangement. Over the weekend, as protesters surrounded the White House in impressive, organized dissent, the first lady and Barron stayed put in New York City, according to source.

During the transition period, there was speculation that President Trump's daughter, Ivanka, could potentially serve in the first-lady role. She was even assigned the office typically reserved for the first lady. Ivanka's husband, Jared Kushner, has an official adviser role in the Trump administration, and is said to have immense influence over the president.

In late December, it was reported that Melania Trump planned on fighting for the First Amendment as first lady.