How do you paint a swing state blue? Use this playbook that Nevada's Democratic party has perfected 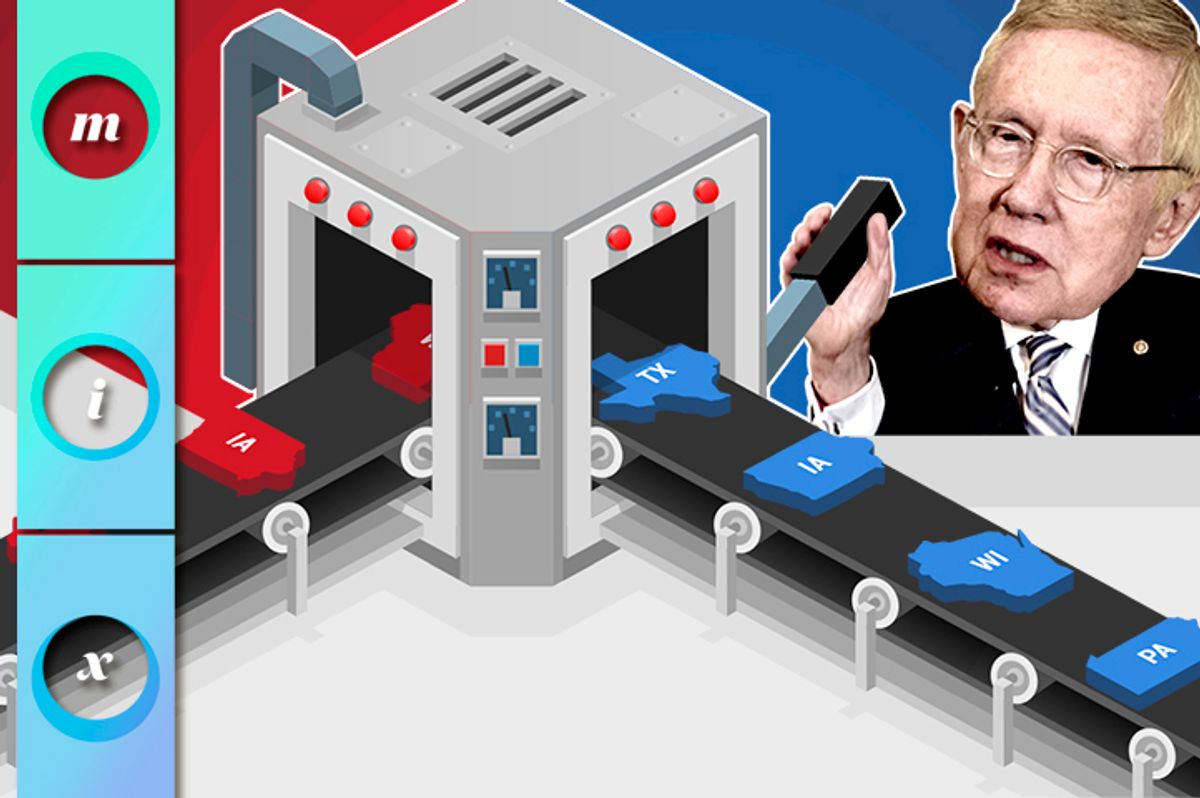 In 2016, swing state Nevada voted blue — a "top to bottom sweep," as veteran political journalist Jon Ralston called it, when so many other key races went to the Republicans. Not only did the state go blue for Hillary Clinton in the presidential election, but Democrats unseated incumbents in the Senate and House of Representatives, and on the state level, flipped five Republican seats to Democratic challengers.

So what did Nevada Democrats do right? And can other states replicate their success? That may depend on how willing they are to build their own "Harry Reid Machine." And yet while the state's Democratic party under Reid's leadership is well-funded and organized, that is far from the only advantage the Democrats had in Nevada's last election.

This video feature is part of a larger story about why Democrats were so successful in Nevada, and how the Democratic party in other states can replicate this success. Read the full story on the Nevada Playbook and listen to an audio interview with veteran Nevada political journalist Jon Ralston about how Reid and his chief strategist Rebecca Lambe mobilized voters, raised money and worked successfully with the unions in Las Vegas, even helping to redefine what "the working class vote" can look like, on their way to an incredible —and rare — run of swing state victories in 2016.