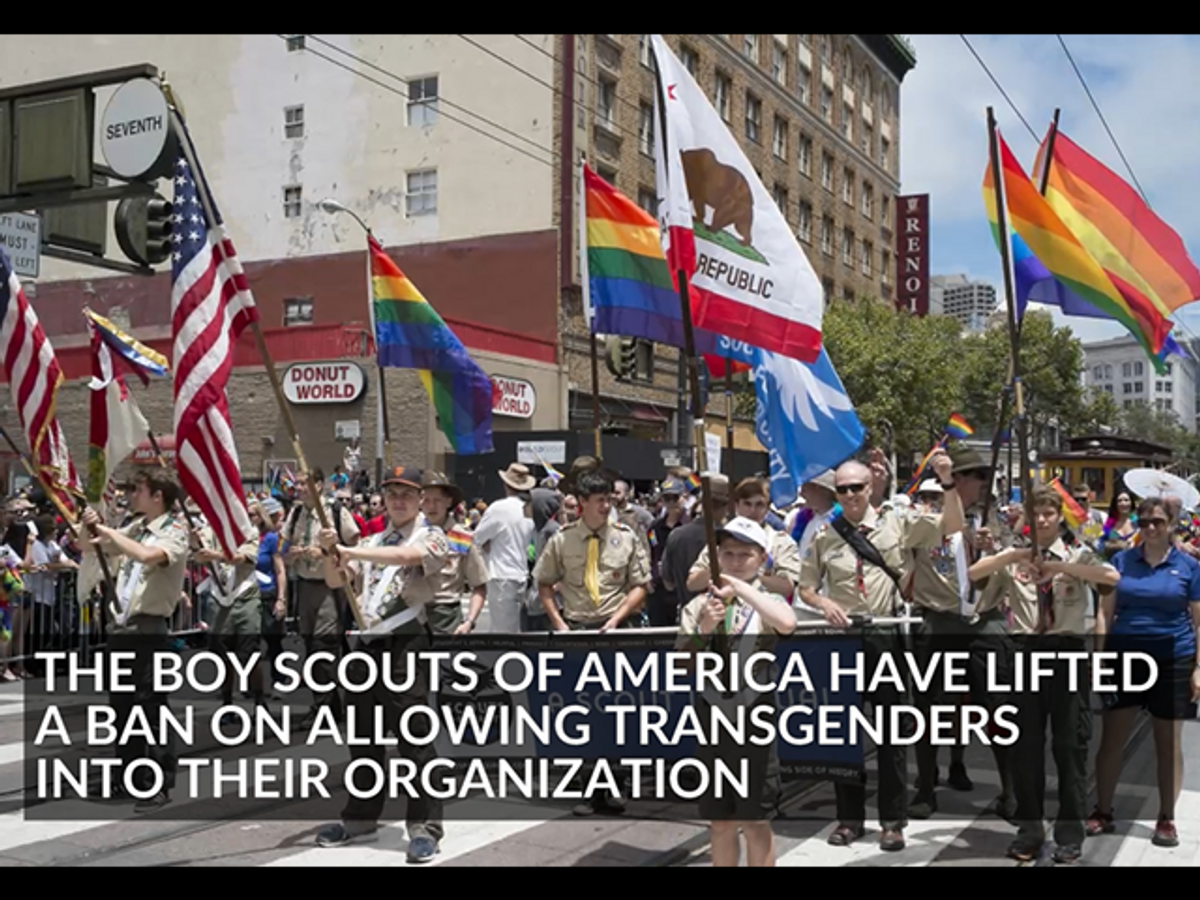 The White House announced on Tuesday that it intends to uphold protections for those in the LGBTQ community working for federal contractors. This is a surprising shift for Republicans, President Trump's party.

"The president is proud to have been the first ever GOP (Republican) nominee to mention the LGBTQ community in his nomination acceptance speech, pledging then to protect the community from violence and oppression," reads an official White House statement.

After a controversial first week in office, President Trump has already received a lot of criticism. Following through on his promise to protect the LGBTQ community could help paint him in a more positive light.

The announcement comes at a time when the Boy Scouts of America said the organization will now be accepting transgender boys. The original policy determined eligibility based off the gender stated on someone’s birth certificate.

"Starting today, we will accept and register youth in the Cub and Boy Scout programs based on the gender identity indicated on the application," Effie Delimarkos, Boy Scouts of America communications director, wrote in an email.

The organization allowed gay males to become scout leaders just two years ago, one year after opening the program up to LGBT youth. Trump’s Secretary of State pick Rex Tillerson has been a longtime proponent of lifting the LGBT ban in the Boy Scouts of America.

These are landmark steps for a group that has been marginalized throughout history. It will be interesting to see how Tillerson and Trump will protect and support the rights of the LGBTQ community in the coming years.